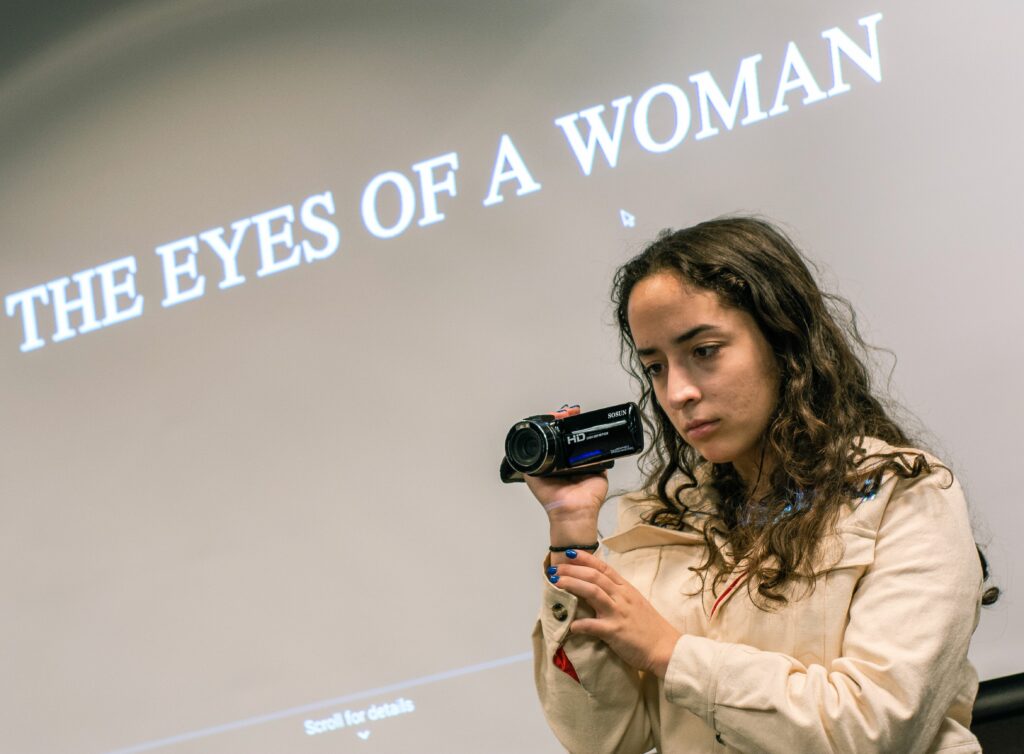 Hunched over a jacket to protect the sound, Emerson alumna Yesenia Rego recorded herself on her iPhone, reciting powerful excerpts from letters she once exchanged with women from small working communities in the Dominican Republic for her BFA film, “Through the Eyes of a Woman.”

Rego created “Through the Eyes of a Woman,” a roughly 12-minute observational documentary about women who live in the bateyes, small communities where sugar cane workers and their families reside in impoverished rural areas. Rego flew out to the Dominican Republic during the first two weeks of January 2019, producing and directing the film on her own.

The film includes raw footage of community members, specifically women, in the bateyes numbered 105 and 106 by the sugar cane plantations. Rego recorded some of the footage for the film on her Canon C100 camera while women from the bateyes shot the remaining footage on camcorders Rego gave them.

The film is available on YouTube, but will be taken down on November 5 while film festival judges look at it. After its re-release, Rego plans to upload it on her YouTube channel and Vimeo account.

Rego is of Dominican descent herself, having close ties to the bateyes since her grandfather worked on one. She first visited a bateye at age 16 through a school program.

Korbett Matthews, an assistant professor in the Visual and Media Arts Department, helped with post-production work and said he told Rego to believe in herself while planning to film her BFA abroad.

“I think that’s a major part of any professor’s job—you have a lot of students that have these ideas in their head, and then you have to guide them to production,” Matthews said in a phone call. “In the case with [Rego], she showed interest in shooting internationally, and I think that people had suggested to her that it would be too difficult. I remember telling her, ‘No, you can do this.’”

The only other credited person on “Through the Eyes of a Woman” is Emerson alumnus and freelance audio production professional Lorenzo Rossi, who designed the sound for the film. At certain points, Rossi created entire soundscapes for moments in the film that did not have audio due to camera malfunctions

“It’s an awesome experience,” Rossi said in a phone call. “I hope I get to work on more projects like this that are telling an important story and are doing so in an intimate and powerful way.”

Rego spent a total of $2,200 on the film, which she said was a low budget for a BFA film, as they can range between $7,000–$15,000. Rego used half the budget for sound design and the other half on flights, room and board, and two camcorders.

“Even though she didn’t have a budget, I think in her case it created a more intimate filmmaking setting, it created a strong relationship between her and the people she portrayed in her film,” Matthews said.

The film comprises various everyday moments in bateyes 105 and 106 interlaced with recordings of Rego in an attempt to create chapters.

“People just think that I’m making up poetic words to say as sort of a transitional phrase or something, but every single thing that I say is either things women have said to me in person in the bateyes or literal excerpts from letters that we exchanged in the preproduction phase,” Rego said.

Rego said she wanted to make sure that her BFA was not a pity party.

“I wanted to make it clear through this location that, even though you look around and you see the rags hanging from barbed wires, you see children walking around without clothes and kids making their own food at age six, it doesn’t mean that these people need to be pitied—a lot of them would probably detest that,” Rego said.