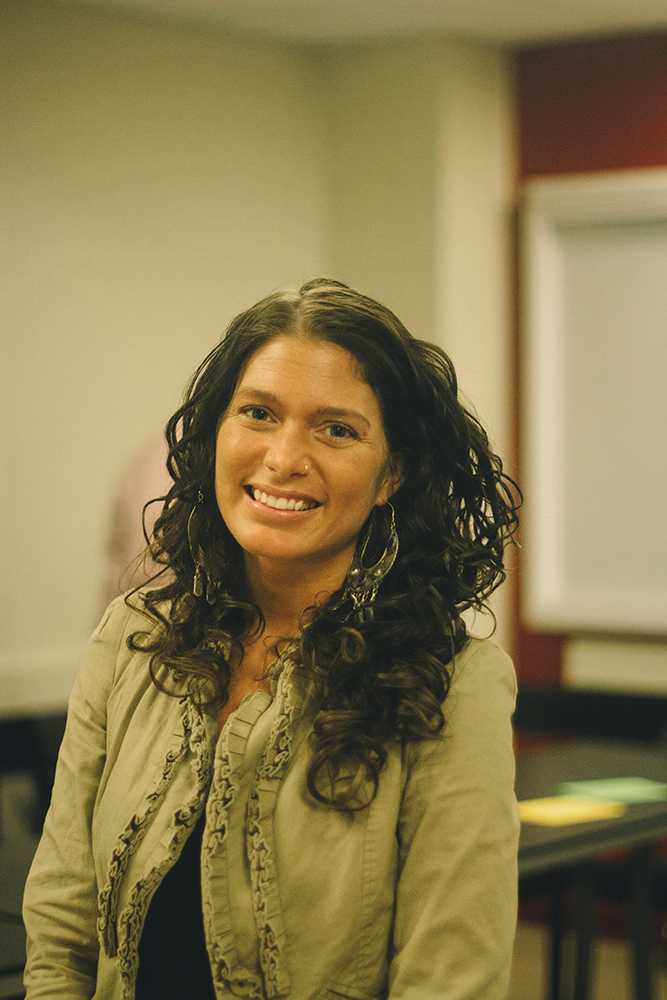 Two of the final four candidates for the sexual assault prevention and response advocate position, Kelly Wilt and Meghan Root, presented to faculty, staff, and students their visions for a state-of-the-art sexual assault training and service system at Emerson.

Both stated the importance of challenging current perceptions of sexual assault, and stressed their belief in engaging different groups within the college community in conversations about how to defining sexual harassment and about ways to intervene when witnessing it.

Although several Emerson staff members attended the talks, only two students went to Wilt’s presentation and none attended Root’s.

In October 2013, Emerson launched a search for the position for which Wilt, Root, and two other candidates are bidding, following the publication of a Huffington Post article in which two students said the college mishandled their reports of sexual assaults and violated Title IX, the federal gender equality law.

The duties of the sexual assault prevention and response advocate will include caring for survivors and advocating for their specific needs as they undergo trauma. The new professional will also oversee Emerson’s new program, Sexual Assault Survivor Advocates, a network of volunteers dedicated to providing effective response, support, and guidance for students who have been victims of sexual violence.

Robert Amelio, chair of the search committee and director of diversity education and human relations, said the search yielded approximately 70 candidates, four of whom were selected as finalists. The purpose of the presentations, he said, is for the community to get a sense of who the candidates are and how they portray themselves.

“A big part of this position is to have someone who can develop and implement training programs,” he said. “We want to be sure we are hiring someone who has those skills.”

Wilt, who presented Jan. 16, holds a master’s degree in counseling psychology and works in Pennsylvania as a project coordinator for the National Sexual Violence Resource Center, an organization that provides services, training, and literature on the best practices for sexual assault responses to six rape crisis centers.

She spoke to a group of two students, two faculty members, and 21 staff members from Human Resources, the Center of Health and Wellness, the Emerson College Police Department, the library, the Academic Affairs department, and the Office of Housing and Residence Life, among other administrative offices.

“There is so much energy on college campuses, so many possibilities, and so many ideas, and that’s critical when you are talking about sexual assault prevention and response,” said Wilt.

Root, who spoke Jan. 21, has a doctorate in human sexuality and works at St. Mary’s College in Maryland as a sexual assault and wellness advocate. She addressed an audience of two faculty and 18 staff members, but no students attended. Root shared her experiences as a therapist and sexuality expert, and her work with trauma patients.

“One thing that is awesome about Emerson is what your school really focuses on,” said Root about the disciplines at the college. “Having [students] make videos, help develop the campaign and the program is going to be essential on this campus.”

Both meetings, which were announced in multiple emails sent to students, were held in the Piano Row Campus Center at 1 p.m. The other two final candidates will present Jan. 31 and Feb. 4 at the same place and time, said Amelio. All the Emerson community is welcome to attend, he said.

Jessica Slavin, a senior writing, literature, and publishing major, attended Wilt’s meeting, and said she was surprised at the poor student turnout.

“I thought more students would want to be here,” she said, “but also the number of staff shows the college’s commitment. All these people took time off from their work.”

Amelio said he is glad the room was full, but hopes more students will take part in the upcoming talks.

At both of the events, Virga Mohsini and Susannah Marcucci from the Office of International Student Affairs asked the candidates how they would address the needs of students from other countries whose notions of what constitutes sexual harassment differ, or who may consider talking about sexuality taboo.

Wilt said when cultural groups that could provide support are not available in the community, she would focus on listening and making an effort to relate to the student.

Root said confidentiality and respect will be key to her role. She also pointed out the importance of providing resources to students who are studying abroad.

Miranda Banks, a visual and media arts professor, attended both presentations. She asked Root what type of programs she will implement with Emerson’s LGBTQ community in mind.

Root pulled out a copy of Emerson’s brochure titled Sexual Assault: Information for Men and Women.

“This really bothers me,” she said, referring to the booklet’s title, “because there are folks in the world who don’t identify as men or women, and therefore this brochure does not apply to them.”

While she praised the content of the document, Root said inclusiveness is achieved by avoiding the use of gender terms and pronouns.

Claudia Castañeda, a liberal arts professor, was also present to listen to both Wilt and Root speak. She asked Wilt why she would want to leave her position of national influence to come to a smaller community like Emerson.

“The national work is exciting, but it’s all from a bit of a detached role,” said Wilt. She said she finds it stimulating to be directly engaged in a campus community.

After each presentation, attendees were sent short surveys asking them to rate the candidate and to point out what specific strengths or experiences the candidate would bring to Emerson.

The information gathered from the surveys and other small group meetings with Emerson staff and students will help the committee make final recommendations to Sylvia Spears, vice president for diversity and inclusion, and Lori Beth Way, senior advisor to academic affairs, who will decide which candidate to hire. Amelio said this decision is expected to be made mid-February.