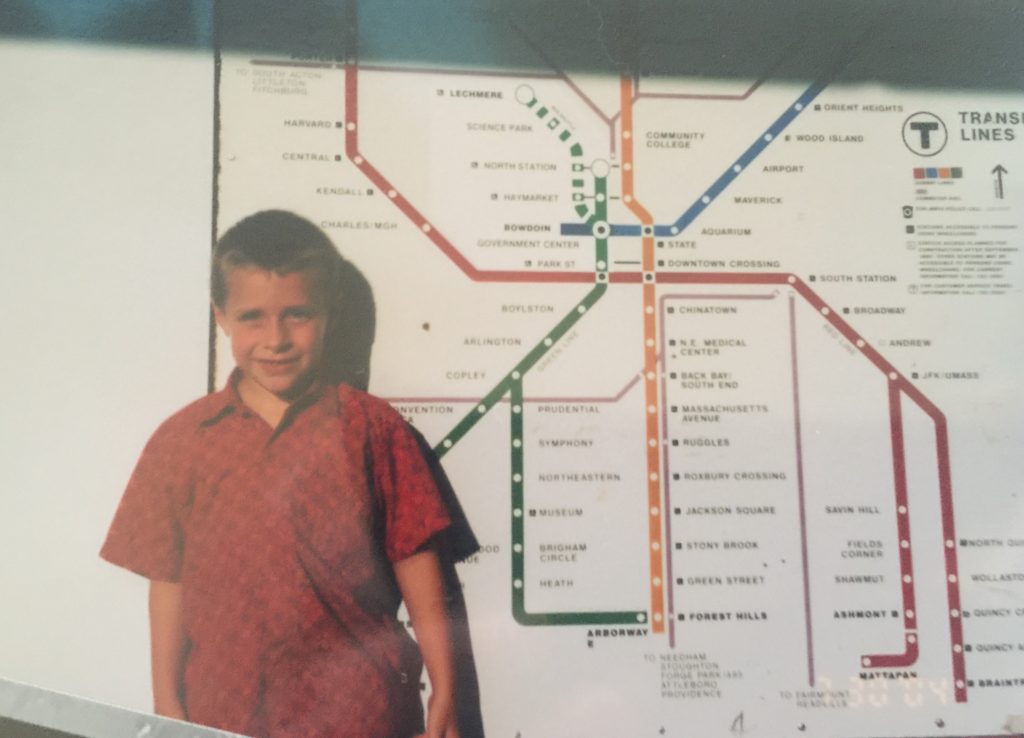 At 15 years old, Lucas Flint performed tedious tasks at the Emerson radio station WERS as part of a volunteer program for non-Emerson students.

Flint, an East Bridgewater, Massachusetts native, was a long-time listener of the college radio station and would operate the phones in the call center, take donations from listeners, stuff envelopes, and help out with other small tasks when necessary. He became one of the station’s first outside volunteers.

After arriving at the college in September 2016, Flint continued his volunteer work—coming in after hours and helping out, performing the tasks that no one else wanted to do. He worked under Kevin Cooney, the director of WERS development.

“I just think that it’s pretty unique to find someone who has been dedicated to something that matters to them for that long,” Cooney said. “I think that’s really cool that the station mattered to him that much.”

Flint, a junior visual and media arts student, passed away on Dec. 18 at the age of 21. He was hit by a drunk driver on Dec. 15 while walking home from his job at the Laugh Boston Comedy Club shortly before 1 a.m. Flint passed away in the hospital three days later. He is survived by his parents Susan and David Flint.

Braintree Police said they found the vehicle involved in the crash in Holbrook, Massachusetts, and then located and arrested the driver, Darrell Young, 25, of Quincy, Massachusetts. Young was arraigned on Dec. 17, according to police.

Flint’s mother often heard from friends that she had raised a good one. She described him as thoughtful, caring, and passionate—someone who brought kindness and warmth to everyone who knew him.

“He just had a respect for the different,” Susan Flint said. “And that was him—he was a little different, but he respected anybody who did something in a different way.”

She remembers taking Lucas to a locally owned video store every weekend when he was 3 years old. The store owner, a man named Jim, would let him run around the store. His mother said Lucas would roam up and down the aisles, taking everything in as if he were in a museum.

“It was just the cutest thing because it was better than Disney World,” his mother said. “He would rather go to Jim’s video store.”

Flint was known as incredibly kind-hearted by his friends and family—always making people laugh and going out of his way to help others, according to his mother.

Morgan Capodilupo ‘17 was a close friend of Lucas’ during his time at Emerson. They met when Capodilupo was a senior working with Lucas for The Rocky Horror Picture Show at the AMC Loews Theatre. As soon as they met, she said she felt like she had known Lucas her whole life.

“He was unapologetically his own person,” Capodilupo said. “He was never afraid to be himself. He didn’t care if he had a million friends or just a few. He just was happy to be himself.”

Among friends and professors in the VMA department, Flint was known as an avid film lover, constantly watching or talking about movies. Professor Vinicius Navarro taught Lucas in a History of Documentary class during the fall 2018 semester.

“When he spoke about a film that he enjoyed, you could see his face light up,” Navarro said.

Susan Flint remembered the Christmas movies her son enjoyed during the holidays. She said his most recent watch was Merry Christmas, Mr. Lawrence with David Bowie—she noted it was not a very traditional Christmas movie, but one that Lucas loved.

A GoFundMe page appeared on Dec. 15 to help cover medical costs and support the Flint family. At the time of publication, the fundraiser had surpassed its final goal of $35,000 and is now at $35,900.

In addition to the GoFundMe page, Emerson parent Kate Mueth of East Hampton, New York decided to use her birthday to create a Facebook fundraiser for Lucas. Although she did not know Lucas or his family, she was moved by an email President M. Lee Pelton sent to the Emerson community regarding Lucas’s death and wanted to help.

Mueth hopes to create a remembrance for Lucas, either in the form of a scholarship or some sort of memorial on campus. She has been in contact with both Flint’s mother and the college to organize where the money will go.

“It’s just putting pain into motion to try to give a different trajectory,” Mueth said in a phone interview. “When this kind of thing happens, everybody scoops in around you, but there’s a day when everybody just starts to get back to their lives. And that’s actually the time when they really need the support the most.”

A Memorial Funeral Mass was held on Dec. 28 at Saint Francis of Assisi Church in Braintree, Massachusetts. Flint was an organ donor, and his kidneys, liver, left lung, and heart have gone to five different recipients.

In an email, President Pelton announced the college plans to hold a celebration of Lucas’ life in the spring semester, although a date has not yet been set.