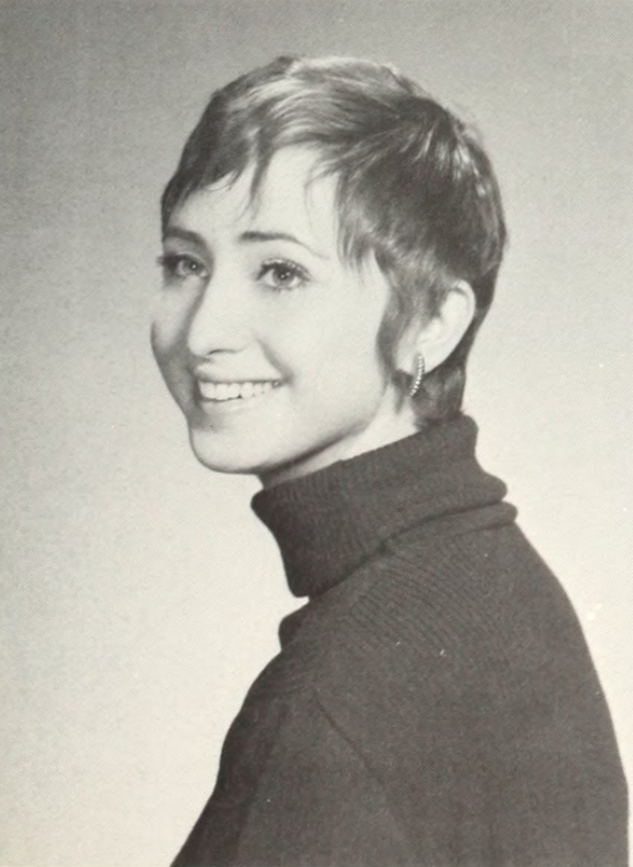 Marla Kirban in 1970, her senior year at Emerson

A long list of celebrity clients have walked through the doors of Marla Kirban Voiceover, a full service voiceover school run by the late Marla Kirban ‘70, who managed to make it as a coach in an exceedingly competitive field that requires years of commitment.

Kirban, an Emerson alum and recognized voice coach who worked with Hollywood royalty, died Oct. 16 after a six-year battle with ovarian cancer. She was 72 years old. Kirban is survived by her two children Abby Hartmann and Michael Kirban, as well as six grandchildren Sidney, Max, Emmy, Lucy, Tea and Alex.

Kirban transferred to Emerson from American University at the beginning of her sophomore year, graduating with a degree in theatre education and a minor in speech. Entering the field of voice coaching, she spent seven years as a voiceover director at the International Creative Management talent agency before opening her own studio in New York—and brushing shoulders with stage and screen icons in the process

“Please spare a thought for my pal, Marla,” wrote actress Jane Lynch on her Twitter account the day of Kirban’s passing. “She passed tonight and we were best friends and each other’s plus-one. What a firebrand she was and oh, the adventures we had. I will miss laughing that hard.”

Lynch, who met Kirban at ICM partners talent agency, was only one of many stars that the voice coach worked with over the years—a group that, according to her website, also counted  Megan Mullaly, Val Kilmer, and Harvey Keitel among its members.

“She gave of herself so much to all of the clients and all of the students,” Jeff Danis, Kirban’s close friend and former boss at ICM said in an interview. “I saw in her a remarkable selflessness. She loved being behind the scenes, and she loved rooting for everybody.”

Danis said Kirban thrived as a voice-over coach because of her genuine care for the improvement of her students—never competing with them, but helping them become the best versions of themselves as voice-over actors.

“She had an understanding of how to communicate with actors and she did it with force, with kindness, with discipline, and with complete unwavering support,” Danis said. “And this was not anything she even learned as much as it was intuitive in her. It was intuitive in how to get the best performance from these voiceover actors.”

This assessment was shared by many of her students as well, among them Bruce Abels ‘76, who graduated from Emerson with a degree in mass communications just six years after Kirban.

Abels related his experience getting lunch with his coach—and sometimes, breakfast or dinner—after voiceover lessons, every time he visited New York.

“She was hugely influential,” Abels said. “Every time I’m in the booth, behind the mic, Marla is there with me. She’s in my head.”

But she wasn’t just influential—many students and friends described Kirban as someone who was herself rather than what others wanted her to be.

Kirban was the “life of the party” for friends and family members alike, according to Abby Hartmann, who added that her mother was one of the funniest people she had ever known.

“She had a huge 70th birthday party where she had all her friends and family in one place,” Hartmann said. “She was radiant that day and made sure everyone felt welcome and happy. She would go from person to person asking them if they needed anything. She was in her element when she was surrounded by people that she loved and that loved her.”

She also emphasized that one of the things she will miss the most about her mother, besides her knack for being a fantastic friend and a funny human being, is her advice.

“She gave the best advice,” Hartmann said. “When I was in my 20s moving from New York to Los Angeles I was so nervous. And she said, ‘Nothing is final! If it doesn’t work you move back.’ Simple, yet I use this advice all the time.”

Danis said Kirban was his only friend who had the bravery and willingness to support him in his quest when he decided to adopt his son, who was born in an orphanage in South Vietnam.

“Everybody said to me that I was crazy because I was too old or too busy to have a child,” Danis said. “Marla was the only one who said ‘Let’s go.’ And she packed her bags and she came with me to Vietnam to support my adoption of my son.”

Hartmann added that her children, especially the girls, had just started to develop a relationship with her mother. The kids went everyday to visit her in an assisted living facility. She said the girls are having a hard-time because they would often talk to Kirban, always calling her and asking for advice.

“They miss talking to her and telling her things,” she said in a phone interview.