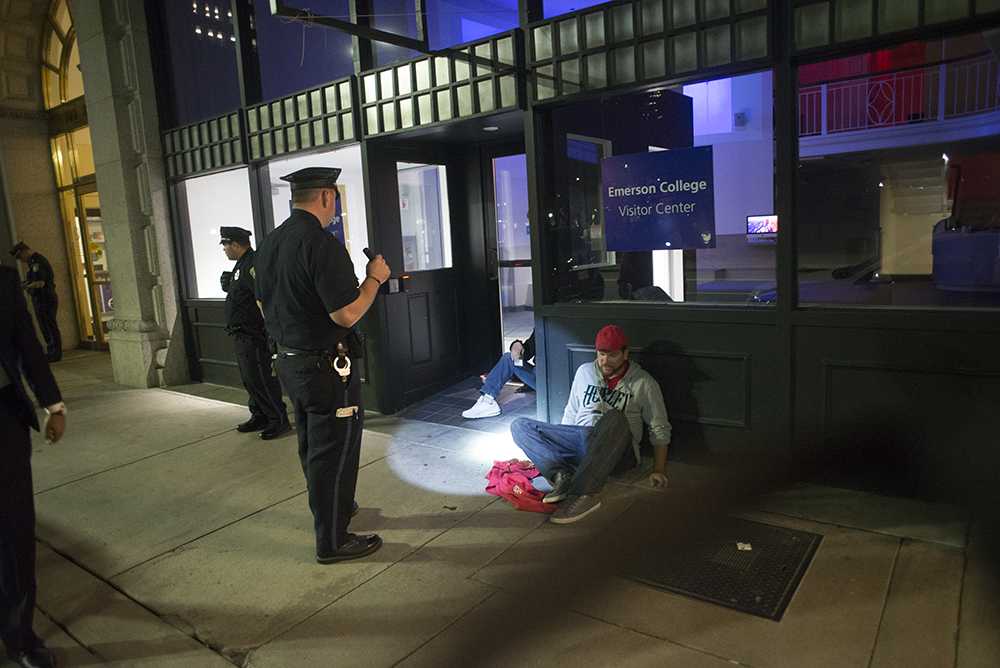 ECPD Lieutenant Robert Bousquet said in an interview that there were no arrests, and no one was harmed. He declined to comment further or say whether charges were filed.

Emma Weeks, a sophomore visual and media arts major, said she saw a man wearing a baseball cap and another man wearing a Mario mask outside the Colonial Building.

According to Weeks, the man in the baseball cap was pacing back and forth and yelling and the man in the Mario mask was holding a knife in a menacing way toward the people in the Colonial Building entrance.

“[It was] kind of like in Psycho,” Emma said, referring to the classic Alfred Hitchcock film.

Two other witnesses reported seeing up to four people in costumes also on Boylston Street.

This report follows sightings of individuals in clown costumes across the United States and United Kingdom. CBS Boston has reported clown sightings at many colleges in Massachusetts, including Emmanuel College, Merrimack College, and the University of Massachusetts Amherst.