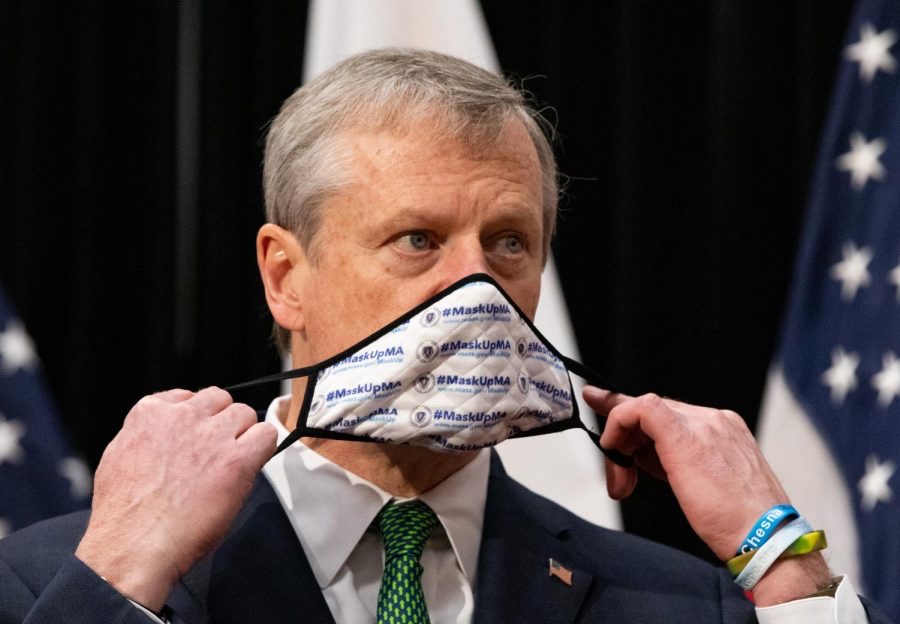 After a year filled with tragedy, the possibility for a return to a normal, pre-pandemic life lies almost entirely in the hands of vaccines for COVID-19. Yet as the coronavirus death toll climbs higher every day, vaccine distribution across the nation crawls by at a painstakingly slow pace.

Massachusetts lags behind in COVID-19 vaccinations by a long shot. The Harvard Kennedy School’s Belfer Center gave the state an “F” grade for their vaccine distribution on Feb. 9, ranking them 42nd in the nation. The Boston Globe reported earlier this month that the COVID-19 vaccine launch across the state has suffered due to “supply shortages, unused doses, and vexing technical complexity.” Just last week, the state’s new vaccination sign-up website, aimed at adults over the age of 65 or those with underlying medical conditions, crashed for more than two hours after its launch and the 60,000 new appointments filled up almost instantly.

These shortcomings are unacceptable for any state, let alone Massachusetts, which is home to approximately 6.9 million people. This website crash also happened after the state reportedly streamlined the site and added an emergency sign up phone hotline for those unable to access the internet. If there are this many issues just to sign up for the vaccine, how long could it take to reach herd immunity?

For a state with one of the highest college student populations in the country (there are more than 40 colleges and universities in Boston alone), this is unacceptable. Given that the 18-24 age range often has the highest rate of COVID-19 infection, there is a major risk of infecting more vulnerable community members. Think about all the Boston residents who come in close contact with college students on a daily basis, especially the large majority of Emerson students who hail from highly infected states like California, Florida, New York, and New Jersey.

Meanwhile, the more contagious variant of the virus first discovered in the United Kingdom entered the state just a few weeks ago. These issues with rollout are unacceptable given the dire circumstances, and the state must expedite vaccine distribution.

On top of a higher contagion and slow vaccine rollout, COVID-19 kills Black people at more than double the rate of white people nationwide. In Massachusetts alone the COVID-19 case rate is more than three times higher for Latinx residents and two times higher for Black residents. Despite these concerning numbers, state vaccination data shows that for the first doses, white residents have received 13 times more doses than Black residents and 16 times more doses than Latinx residents.

Not only is this unacceptable, but it contradicts what was stated by top health administrators on Baker’s vaccine advisory group, which urged that those closest to the disease need to be closest to the vaccine. If BIPOC communities are affected significantly more by the spread of COVID, why are they being left out of vaccine distribution? Effective vaccine distribution is critical for reducing the death toll in communities of color.

The Massachusetts vaccine report card also ranked the state as 48th in the country for COVID death rates. Massachusetts cannot afford to let this virus spread any faster, and it doesn’t help that vaccination appointments are difficult to book. One million more Massachusetts residents are now eligible for Phase 2 vaccinations, but with the state’s limited supply of vaccines, it could take months before they are given their doses. The longer it takes to distribute the vaccine, the more people die in the process.

Governor Baker needs to begin making preparations to distribute the vaccine at colleges to their campus community as soon as possible, and that cannot happen until the problems at hand are addressed.

The Center for Health and Wellness staff and Emerson College Police Department officers have already received the vaccine under phase one. Still, the college cannot move forward with vaccinations for students, professors, and other faculty until Massachusetts gets their vaccine distribution under control for those in high-risk communities first.

Once the state catches up, Emerson must make distributing the vaccine their top priority.