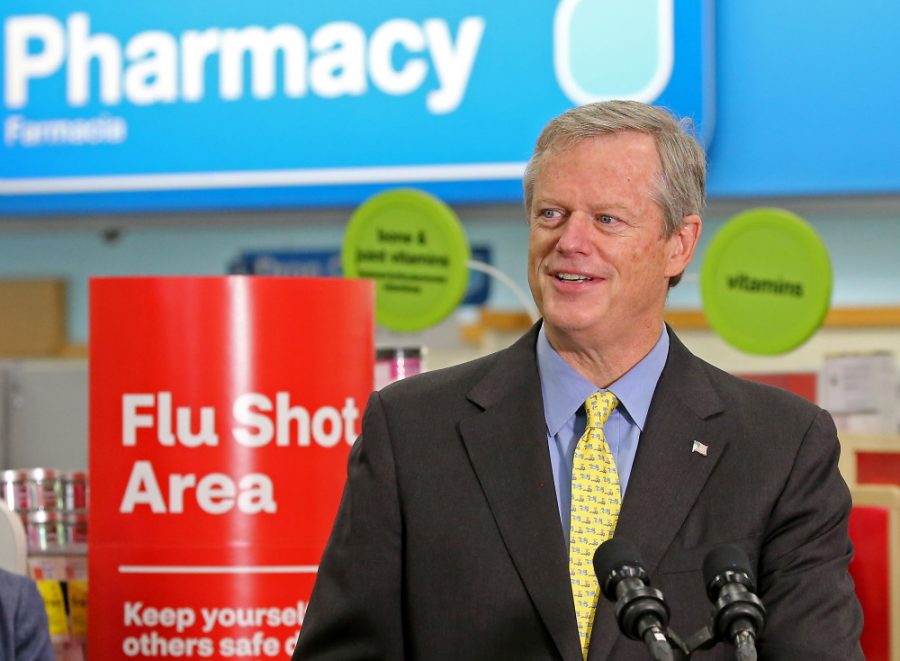 Gov. Charlie Baker speaks to the media after receiving a flu shot at a CVS in Roslindale on September 17, 2020 in Boston, MA.

Saturday’s report marks just the fifth second time this week cases have risen above 200. Cases statewide have plummeted in recent weeks, regularly falling below 500 per day and reaching levels not seen since early last fall, when cases were at their absolute nadir.

The state reported 181 hospitalizations Saturday, down from the 236 reported this time last week. Saturday’s total marks the lowest number reported since Sept. 18 when 183 people were reported hospitalized.

On Saturday, Massachusetts reported 96,380 new vaccinations, bringing the state’s total to 8,061,278. More than 55 percent of the state’s population is now fully inoculated against COVID-19—meaning they have received both doses of the vaccines manufactured by Moderna or Pfizer-BioNTech, or one dose of the Johnson & Johnson vaccine.