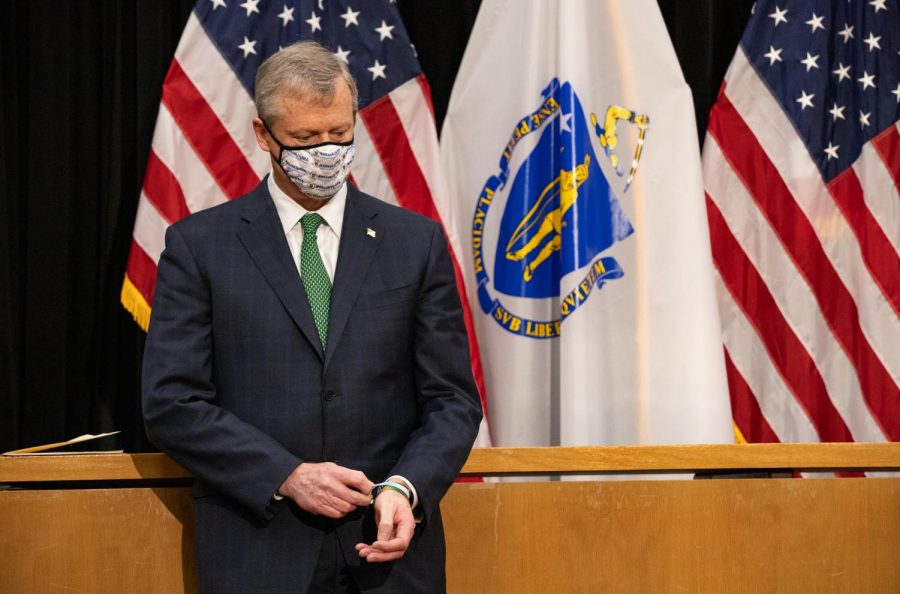 The recent spike in cases prompted Boston Mayor Martin J. Walsh to roll back the city’s reopening last Wednesday. Boston will move out of phase three, step one and into phase two, step two. The new restrictions bring the closure of indoor spaces that had previously reopened, including movie theaters, gyms, museums, and indoor event spaces like meeting rooms.

The state reported 2,004 total hospitalizations Tuesday, compared to 1,834 this time last week. Hospitalizations last topped 2,000 in late May when they were on a steady decline from their late April peak.

Three new positives were reported last week, bringing Emerson’s cumulative positivity rate up to .12 percent, after it fell as low .08 percent over the course of the semester. Last month, Emerson reported 28 new positives as compared to 32 between early August and late November.