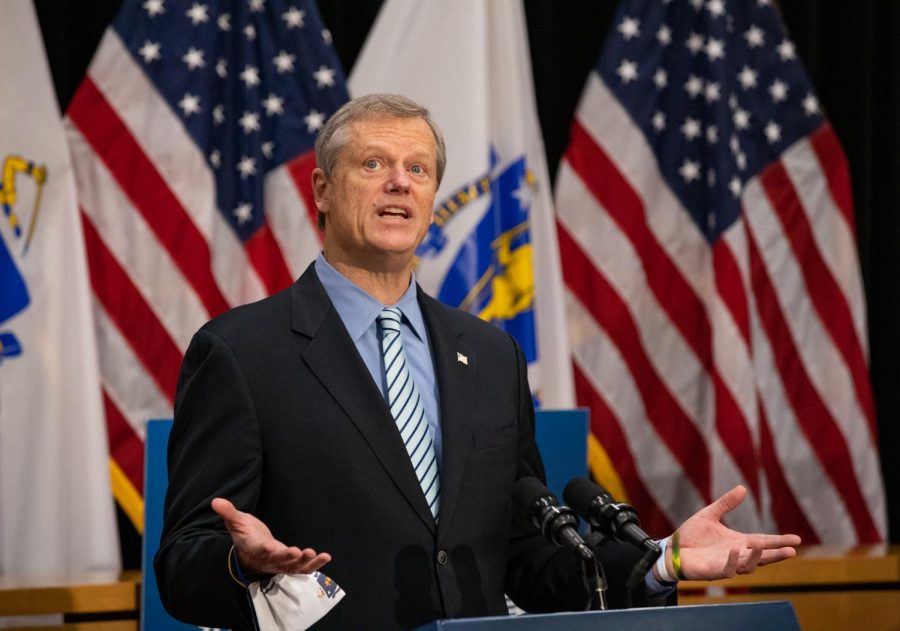 Friday marks the second time cases have topped 4,000 this week. The state has seen an uptick in cases over the past three days following Tuesday’s 2,567 cases, the lowest number reported since Dec. 27. Last week, Massachusetts saw a decline from the record-breaking highs set the week prior, with cases consistently below 6,000.

Governor Charlie Baker announced Thursday that the 9:30 p.m. curfew on restaurants that was set in place in November would be lifted Monday. The decision was made, Baker said, due to improving metrics following the Christmas holiday. The 25 percent capacity limit will remain in place until Feb. 8.

Baker also announced that the stay-at-home advisory will be lifted at 5 a.m. on Monday.

The college reported six new positives on Thursday, which pushed the college’s positivity rate to 0.68 percent before the majority of the student population returns to campus or in-person learning commences on Feb. 1.

Emerson has reported 11 new positives tests within the first two weeks of the spring semester. The last month of Emerson’s fall semester testing brought 28 new positives, compared to 32 over the course of the first three months of testing. The fall testing cycle’s overall positivity rate stood at 0.12 percent.

The dashboard was updated at 12:10 pm on Friday.

The Massachusetts Department of Public Health announced Wednesday that a second case of the more contagious coronavirus variant first discovered in the United Kingdom had been confirmed in the state. The second confirmation comes two days after its initial discovery in Massachusetts. A Center for Disease and Prevention  report on Jan. 15 warned that the variant could become the dominant strain in the U.S. as early March. The U.K. variant is believed to be 50 percent more transmissive than current variants of COVID-19.

The state reported 2,098 total hospitalizations Friday, down slightly from the 2,201 reported this time last week. Hospitalizations in the state have begun to decline in recent weeks, falling by a total of 193 since Jan. 8, after rising by nearly 300 week over week during much of November and early December.