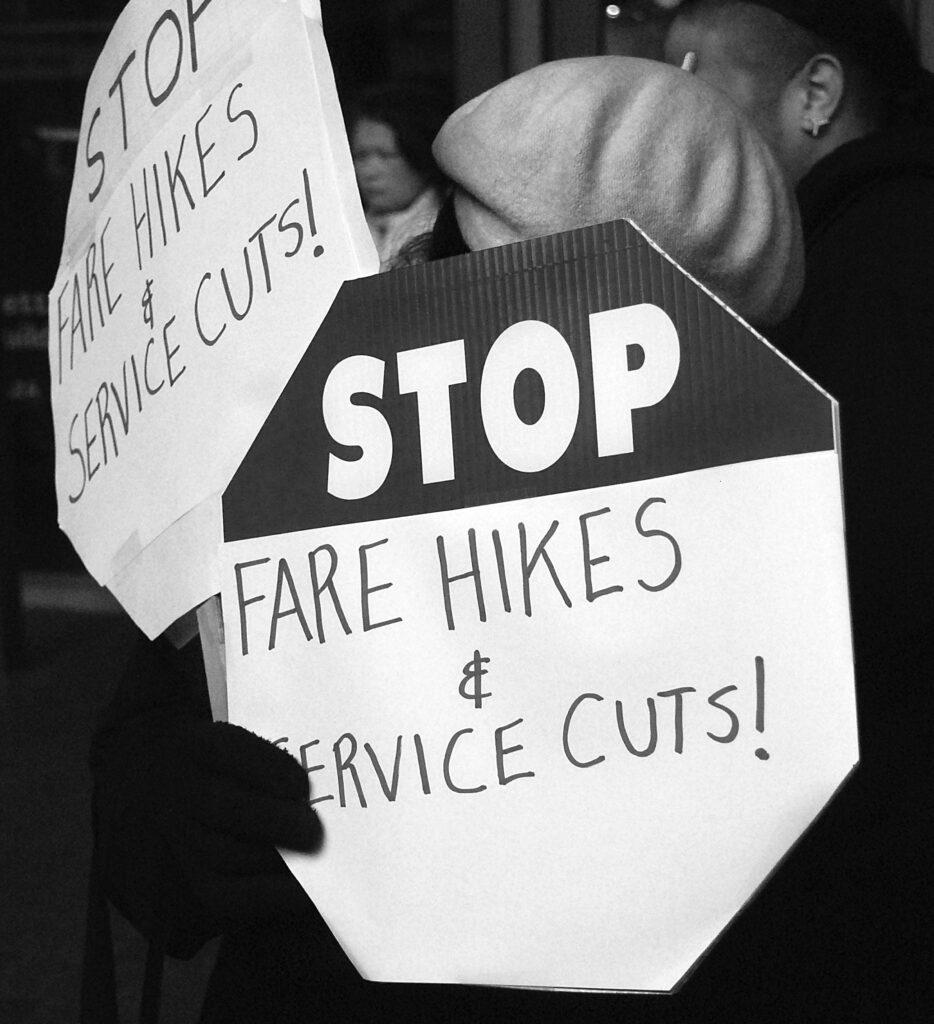 When freshman Zachary Tucker created Students Against T Cuts, an organization dedicated to protesting proposed fare hikes and service cuts to the Boston area public transportation service, he said he did not expect an outpouring of support.

However, the group now has almost 600 likes on Facebook, 294 followers on Twitter, and a slew of protests it has organized. Demonstrations have included a recent march by members and local unions, and a teach-in at Northeastern in which university professors lectured on the history and importance of the T.

The movement has been an unexpected success for Tucker, who said he fears students may be losing interest after the explosion of activity and attention his group initially had.

“When you think about it, there’s a quarter of a million college students in Boston, and I would be willing to bet that at least one of the services on the chopping block, you use,” said Tucker. “It’s just unfortunate that we can’t get more support, and that’s a reflection on us as an organization, but it’s also a reflection on the student community, that civic engagement is not exactly on everyone’s mind.”

Since Tucker and three other college students from Emerson, Northeastern and Harvard started Students Against T Cuts in early January, the movement, in conjunction with other local universities and unions with a vested interest in the MBTA, has produced a series of events meant to raise awareness about the proposed cuts.

In their most recent call to action, members of Students Against T Cuts, Occupy Boston and other local advocacy groups formed a flash mob March 14 in the State Transportation Building, which houses the CityPlace food court.

The gathering of dozens of people sought to raise awareness as the MBTA draws closer to April 4, when the final proposal for this year’s MBTA cuts will be released.

The MBTA Board of Directors will vote on the proposal eight days later, and if changes are made, they will begin being implemented June 1.

Late last month, Emerson College President M. Lee Pelton urged the MBTA to reconsider the proposed cuts in a letter to Richard A. Davey, the Secretary and Chief Financial Officer of the MBTA. In his letter, Pelton said the T is an invaluable, environmentally efficient service.

He said the T is especially useful to Emerson, a college that does not own parking and two-thirds of the students, faculty and staff use public transportation.

“The MBTA is a critical part of life in Boston, connecting people, neighborhoods, jobs and civic activities,” said Pelton in the letter. “Hundreds of thousands of people depend on the T every day to go to work and get around Boston. It makes good jobs a reality for many who could not travel to them without the T.”

While the recent events may point to momentum within his movement, Tucker said the increase in support that quickly followed the creation of Students Against T Cuts has since fizzled.

In an effort to counter the lack of support, Tucker and his colleagues have begun to adjust their tactics to suit the movement’s current status by taking a more personal, education-based approach to attracting protesters.

Tucker said his group hopes to offer more teach-ins, a movie screening, or group rides on the T or local ferries to educate citizens on the use and history of Boston’s public transportation.

Members of Students Against T Cuts also began to target elected officials with records of speaking out against public transportation, such as Sen. Stan Rosenberg of Amherst, who has said those who do not use the T should not have to pay for it.

In a statement March 13, the MBTA said both service cuts and fare increases will be needed to balance the budget in 2012.

“The system we have today we cannot afford, and the system we want is well beyond reach,” wrote Davey and MBTA Acting General Manager Jonathan Davis. “Unfortunately, without a new, dedicated revenue source, we know we will be back in this very place next year.”

The T’s deficit currently looms at $160 million and will continue to increase, meaning that more cuts will be made next year.

Neither Tucker nor Pelton believe no cuts or changes should be made, but instead support alternative measures, such as raising the Mass. state gas tax. Tucker said with the MBTA’s deficit as large as it is, policymakers must seek to solve the problem through long-term solutions, not stop-gap measures.

Ultimately, even if services are cut in June, they can be reinstated at any time if funding was somehow secured, which is what Tucker said keeps him hopeful and active.

“It’s a reason to continue the fight, and not just stop and give up hope once we find out that we got a proposal that we don’t like.”