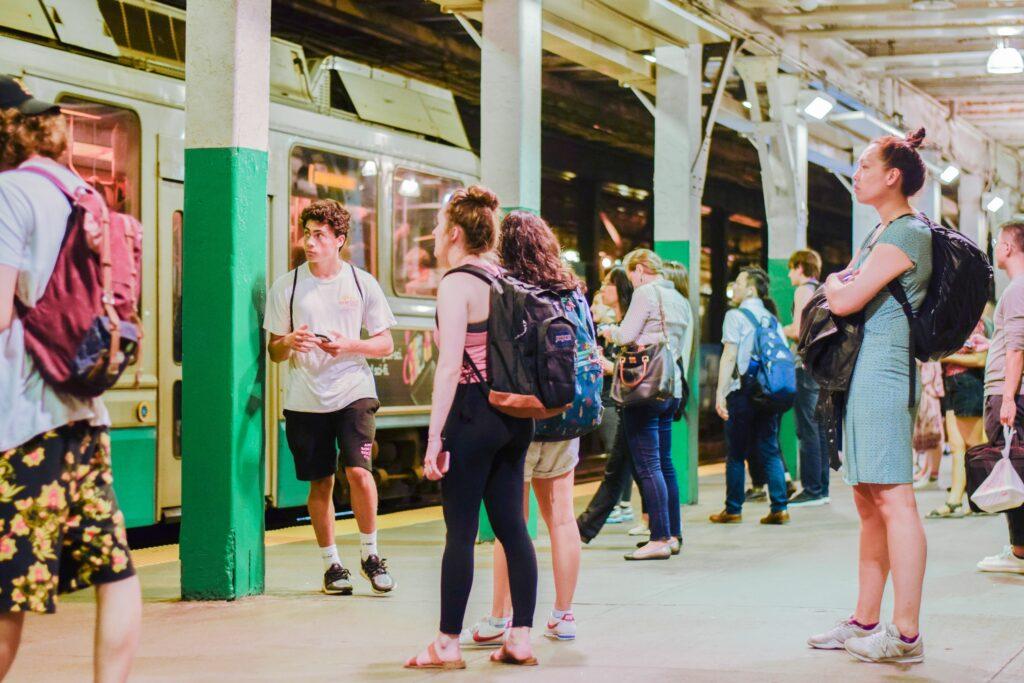 The MBTA construction is part of an $8 billion, five-year plan to modernize the trains. Jakob Menendez/Beacon Staff

The Massachusetts Bay Transportation Authority scheduled widespread closures of sections of the T on weekends, starting in mid-September and finishing in December.

The Green, Orange, and Red lines all face shutdowns, according to a press release from the MBTA in August. It will provide shuttle buses to replace trains during these times.

The construction is part of an $8 billion, five-year plan to modernize the trains.

On the Red Line, the MBTA plans to replace and add new signage and lighting fixtures, along with cleaning, painting, and repairing tile within the Park Street and Downtown Crossing stations. They will replace 1,800 feet of train tracks in both stations. The Red Line will close every weekend from Nov. 16 to Dec. 15 between the Kendall/MIT and Broadway stops. According to the press release, the closures will affect three out of every four Red Line users.

The MBTA also plans to close the Orange Line from Tufts Medical Center to Sullivan Square every weekend starting on Oct. 5 and finishing on Nov. 10. They plan to replace 2,250 feet of track within the Chinatown station and add new signage in the Haymarket and State stations.

Assistant Director of Off Campus Student Services Jeff Morris said he thinks the derailments over the summer influenced government officials to accelerate the improvements. He said that, because the closures are only planned for weekends, it shouldn’t severely impact students.

“Thank God it’s only weekends,” he said in an interview. “I think the MBTA would fall apart immediately if this were Monday through Friday, but because it’s only on the weekends, I don’t see it having a huge impact after the first couple weeks.”

Morris lives in Watertown and rides the Red Line everyday to get into work. He said he thinks many Bostonians felt frustrated after this year’s fare hikes.

“People were asking, ‘If you’re increasing our fares, where is this money going? If trains are derailing and constantly late, and overcrowded and the system doesn’t work, why are we still increasing fares?’” he said.

Senior William Van Gelder lives in Cambridge and takes the Red Line to get to Emerson, where he works and takes classes. He said that, even though students don’t attend classes on the weekends, they still need to travel throughout the city.

“I like to travel around, go do things around the city, and see friends, so it’ll be pretty annoying to have to take a bus places,” he said in an interview.

Even though it will take him longer to get places, he said it is nothing but a small nuisance for him.

“In my experience, the shuttle buses are easier than the city buses because they only stop at the train stops,” he said. “The only hassle is that you have to come up out of the station [to get on the bus], and [the bus] is slower because you’re going through city traffic.”

Morris said this is the first time he’s seen such a widespread shutdown, but hopes the result is worth it.