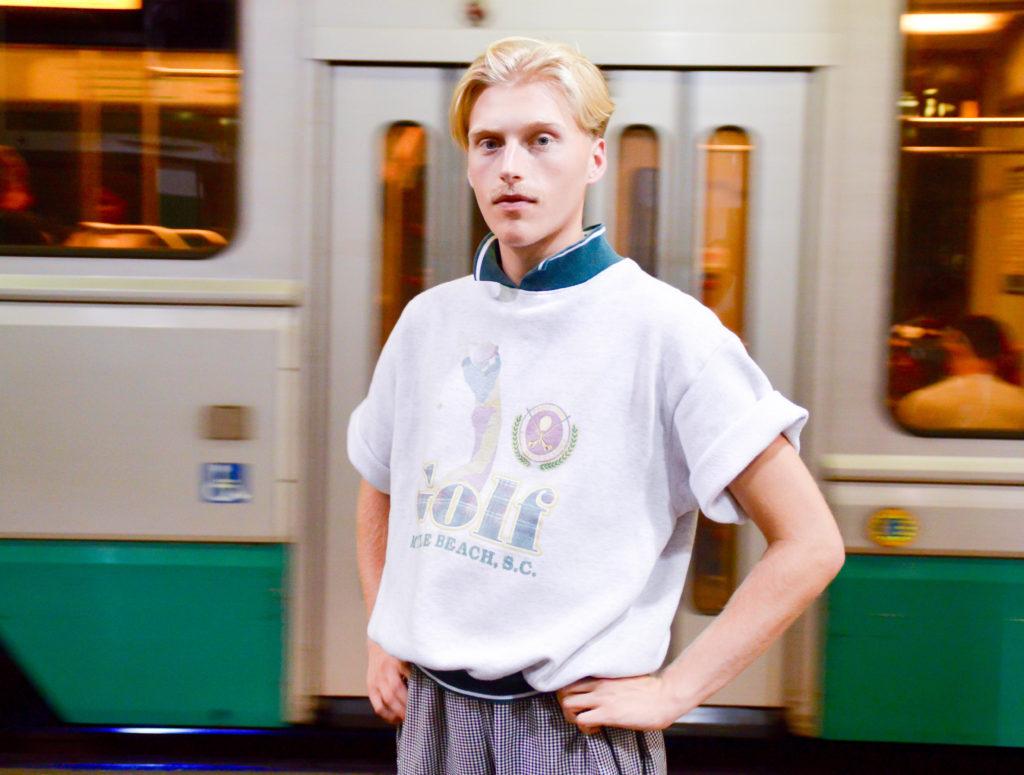 Morgan Wright helped create and act in the MBTA films

Instead of the dirty walls of subway stations, students and Bostonians can now watch educational content created by Emerson students.

Last September, Emerson students partnered with the Massachusetts Bay Transportation Authority to produce 10 commercials addressing commuter issues. The videos first posted on the MBTA’s Twitter account at the beginning of August are now on the TV screens of several Boston stations such as Boylston, Park Street, and Harvard Square.

“[The MBTA] loved the idea of having students who are heavy users of the T be the ones that help generate the content, come up with the concepts, and figure out how to address that to fellow students and other riders of the T,” Corsano said.

The MBTA reached out to Emerson for a partnership and paid $5,000 to cover production costs. Emerson returned any unused money.

Corsano said the students learned how to work with clients, pitch creative concepts, manage expectations, and collaborate on a professional project with real exposure.

“The MBTA was a unique partnership,” said Corsano. “Because it’s a huge tie to Boston, our students are deeply connected with it, and there’s a potential high visibility for the content they get to make.”

Junior visual and media arts major Morgan Wright said he saw the class as an opportunity to apply skills into real-life experience.

“It was like I was a part of a small studio rather than a class, which is definitely a good thing,” he said.

Wright said that, as early as their second class, each student came in with two pitch ideas which they discussed and refined in class. The class selected and presented six of them to the MBTA, who chose three with which to work.

Travis Amiel ‘18, who completed Corsano’s class last year, said he decided to join the class because of his interest in public transportation and its politics.

“What was really brilliant about this project was the emphasis on collaboration,” Amiel said. “Everyone brought something completely different to the room.”

Each segment addresses unspoken etiquette of the T, including backpacks annoying other passengers on crowded trains or littering on the tracks. According to Corsano, students produced each 15-second video in a comical yet direct way to deliver the message.

One of the videos, featuring students in inflatable animal costumes taking up space in the car, encourages people to move further into the train so other passengers can enter.

Another, depicting a backpack eating a woman’s coffee cup, teaches onlookers to put backpacks on the ground.

Students filmed the videos in the underground MBTA training facilities of South Boston and they currently have over 10,000 combined views on Twitter.

Amiel, who is in London, said he hopes to return to Boston by the end of the month to see the videos at the stations. He said he felt excited when he saw his video initially published on MBTA’s Twitter page.

“It put a big smile on my face,” Amiel said.

This semester, Emerson offers the course for the second time.

Corsano said the college usually reserves the class for juniors and seniors, and it requires an application and portfolio submission.