Media Services and Emerson Channel to move within Ansin building 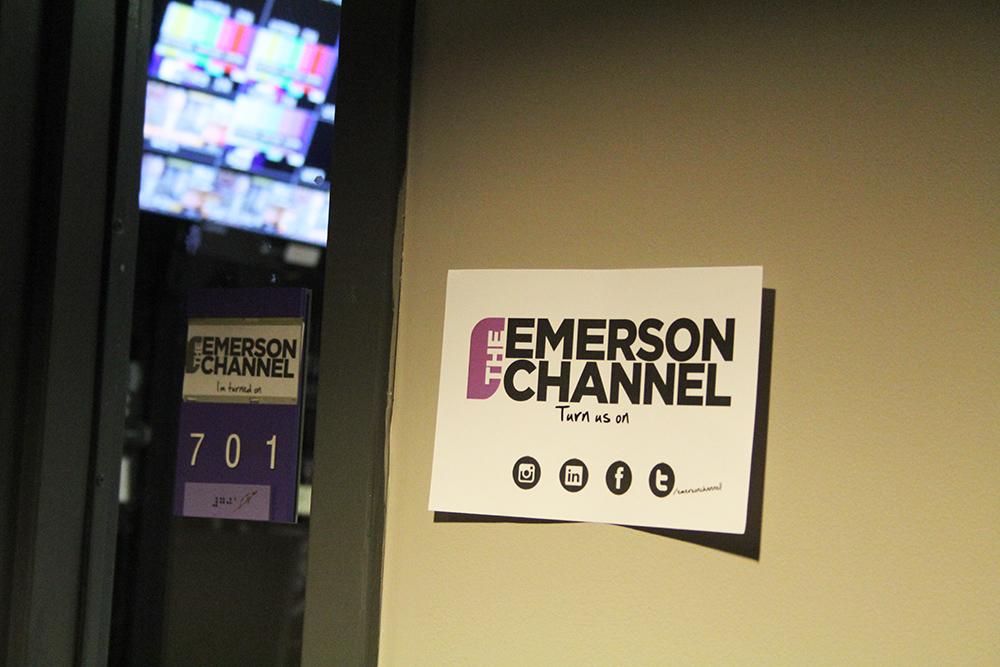 Staff from the Media Services Center, which provides audiovisual equipment and technical assistance to the college, and the Emerson Channel, a student-run television station, will change locations within the Ansin Building during winter break, according to Bret Kulakovich, Emerson’s director of user services. The move will create more storage space, aid in equipment updates by getting rid of the outdated and allowing room for the new, and provide more classroom space for both organizations, he said.

Currently, Media Services occupies 2,000 square feet on the third floor of the Ansin Building, including media services classrooms and computer labs for use by students and staff. Emerson Channel uses 503 square feet on the seventh floor, according to Kulakovich. The group holds meetings and views rough cuts of shows in that area, and uses studios in Tufte.

After the change, Emerson Channel will take over the former Media Services space, and Media Services will move to a 703-square-foot area on the fourth floor, where some of the old equipment is currently stored.

One element of the Emerson Channel production mechanism, the master control pane — a piece of equipment that holds archive videos — is housed in the Media Services space, which forces students to navigate between the floors while working.

This back-and-forth process and the removal of outdated equipment prompted the change, said Kulakovich. He said the idea arose in a Media Services staff meeting, during which attendees felt the college wasn’t using its space efficiently and that more space could be used for classrooms. That’s when he started developing the plan, he said.

The move will also allow old equipment from the Media Services area, like VHS players and overhead projectors, to be discarded and new equipment to be brought in.

“This will help us function more efficiently and effectively,” he said.

Kulakovich said he hasn’t officially announced the move, because the specifics, such as the exact dates of the move, have not been finalized. The plan will be complete by Thanksgiving break, he said.

Kulakovich said he drafted the plan and academic services signed off on it over the summer. He then contacted Emerson Channel about the move.  It was initially scheduled for the summer of 2013 after the plan was approved, but was pushed back to its current December start date because of the limited time before school started again.

Many Media Services employees said they are displeased with the move.

Briana Burton, a senior writing, literature, and publishing major and media services assistant, said she is frustrated not only with the plan, but with what she sees as a lack of communication. She said the only notice she has received is a formal but vague note that said the office would be undergoing a transition.

“There are about 12 of us working here and none of us know whether or not we’ll be here next semester,” she said. “No one’s answering questions, there are no straight answers, nothing has been said at all.”

Things within the office area are already changing, she said. Employees can only rent out rooms that have computers with Final Cut Pro, a video editing program, to faculty, not students, and products like cameras are also unavailable for rental because they’re being packed for the move, according to Jackie Blanchard, a junior visual and media arts major and Media Services assistant.

Noah Aust, a senior visual and media arts major and Media Services assistant, also said he wasn’t happy about the move. He said it is an example of Emerson  putting its image over the needs of its students by focusing on innovation instead of the students’ jobs at Media Services and equipment rentals.

“Media Services plays a huge role in keeping the school running in terms of day-to-day workings,” he said. “I think this move is symptomatic of some of the greater problems that are at work within the Emerson community.”

Aust also said he thought the move to a smaller space will cause cramping within the office.

“The college isn’t placing a priority on what we do here at Media Services,” he said.

Kulakovich said he plans to officially announce the move in January, after the changes have already taken place, and to send out an email to the student body over winter break explaining where Emerson Channel and Media Services will be.

He said he feels no one will have a problem with the transition, but said that they are not answering any questions or concerns until the plans are finalized.

Diana Barton, manager of the Emerson Television Channels, which includes Emerson Channel, said many of the students and staff she has spoken to from both Media Services and her organization are excited about the changes.

“Right now only some of the students know—they don’t know that it’s actually going to take place, they think that it’s still a possibility, but it’s all been very positive,” said Barton.

Senior Ian Steele, a Good Morning Emerson executive producer and sports director, said other Emerson Channel staff met the idea of moving positively, citing the prospect of having everything in one space as the most appealing aspect of the plan.

“Since I heard about the move about two weeks ago,” said the journalism major, “the people I’ve talked to here [at Emerson Channel] seem pretty happy about it.”

This project is 100 percent about the students, Kulakovich said.

“We just wanted to start looking at solutions to help students,” he said. “[And] help the school.”