Men’s and women’s ball both ousted in first round 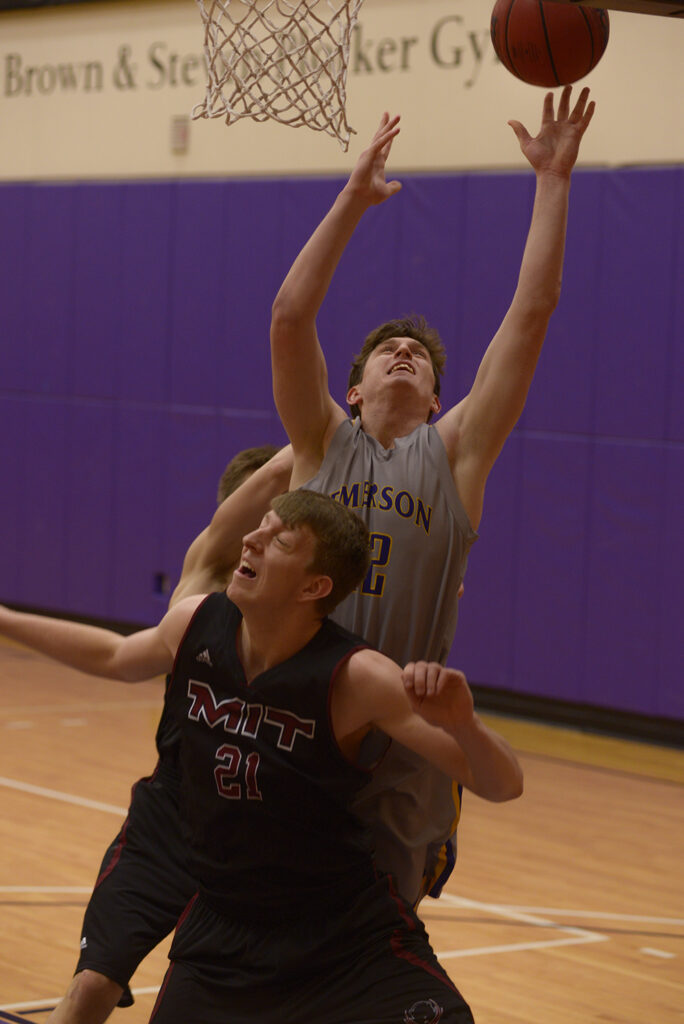 Different year, same result for the men’s basketball team, which lost to Massachusetts Institute of Technology 74-65, on Feb. 25. This is the second season in a row that the Lions fell to MIT in the opening round of the New England Women’s and Men’s Athletic Conference playoffs.

Last year, the Lions were overpowered by the height of the Engineers, who went on to win the championship title. This year’s squad suffered a similar fate, as it was outrebounded 47 to 29 and shot only 34.8 percent from the field, to MIT’s 50 percent.

At the half, Emerson trailed 38-28 after a 3-point buzzer beater by junior reserve Sean Duffy cut the lead from 13 to 10.

The closest the Lions came to catching MIT came with 2:16 left in the game, when junior Austin Pinckney hit a 3-pointer to cut the lead to 67-63. On the following possession, a missed shot by the Engineers was corralled and put back by MIT to extend the lead to six. That play just about summed up the game for the Lions, who couldn’t regain their footing.

The Engineers were led by guard Ryan Frankel, who scored 23 points and only missed two shots, and forward Matt Redfield, a 6-foot-8 center who scored 12 points and grabbed 18 rebounds.

Emerson ended the season with an 11-15 record overall and a 5-10 record in conference. Despite losing in the first round in two consecutive years, men’s basketball is the only team at Emerson to make two NEWMAC postseason appearances.

In its first New England Women’s and Men’s Athletic Conference Playoff game, and just the third NEWMAC playoff game for Emerson athletics as a whole, the women’s basketball team fell to the Wheaton College Lyons 78-64.

After 20 minutes of play, the Lions trailed 41-26 and never led, despite outscoring Wheaton 38-37 in the second half. Emerson shot just 22 percent from the 3-point line, going 4-18, while the Lyons connected on 7-11 from beyond the arc, finishing at 64 percent.

Wheaton bettered Emerson in every offensive category except for blocks, where the Lions led 4-3.

In the regular season, the two schools met twice. Wheaton won both matchups by margins of at least 10 points, despite Emerson freshman Eastin Ashby dropping a team- and season-high 23 points in the second meeting.

Emerson finished the season 12-14 overall and with a 6-10 NEWMAC record, an improvement over last year’s 4-16 conference record.