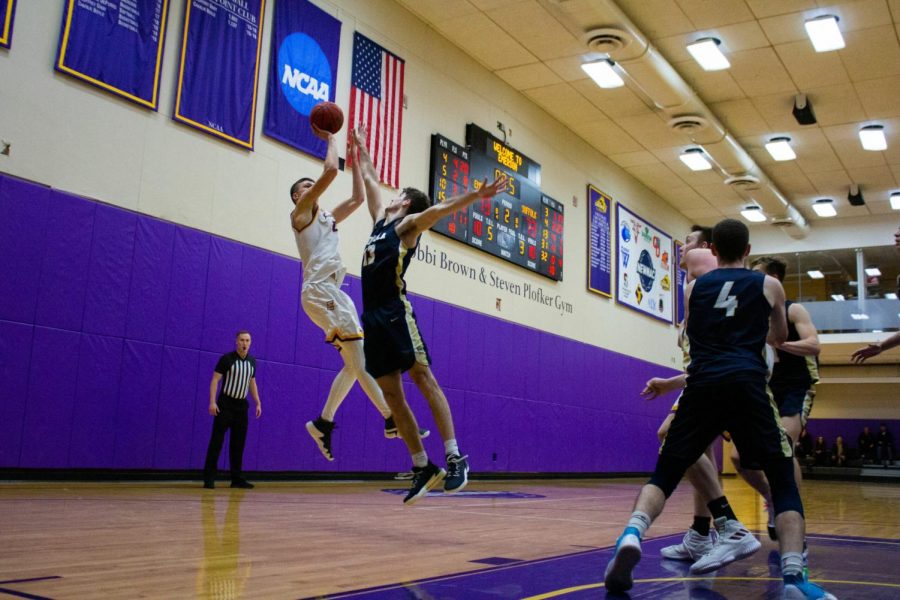 Chloe Allen (left) is the sole center on the women’s basketball team.

The men’s basketball team narrowly defeated Suffolk University for its second straight win by a score of 75-73 in its first game back from the holiday break.

“We came out, we played hard, we had good energy,” assistant coach Jack Barrett said in a post-game interview. “We could have played a little better defense, and got into stuff cleaner on offense.”

The Lions maintained a lead throughout most of the second half. With under a minute remaining, Suffolk almost tied the game until senior guard Jack O’Connor scored and pushed Emerson ahead by three points. With eight seconds to go in the game, O’Connor netted the two final points to help Emerson come out with the win. O’Connor led the team with 23 points in the game.

Beckwith finished the game with 15 points after scoring a career-high 21 against Pine Manor on Nov. 26. Sophomore guard Nate Martin, who scored 33 points against Pine Manor in his strongest game as a Lion, totaled eight points in 35 minutes.

Tensions ran high near the end of the game when a Suffolk player expected a flagrant foul after being pushed out of bounds, causing Suffolk coaches and fans to yell in disapproval.

“They were upset that they were losing towards the end of the game,” O’Connor said in a post game interview. “There was a play under the basket where they thought one of their players were fouled hard. It was pretty inconsequential.”

“You’ve got to stick up for yourself, but you’ve got to know when to just keep walking,” Curley said.

Curley said the team could perform better if it works on its shot selection.

“We are not quite there yet—we have to execute better,” Curley said. “We are just not seeing the right plays quickly. Looking too much for our own shot. We have to do a better job at understanding ‘great shot, good shot.’”

The Lions will face Emmanuel College on the road on Thursday, Dec. 5 at 7 p.m.