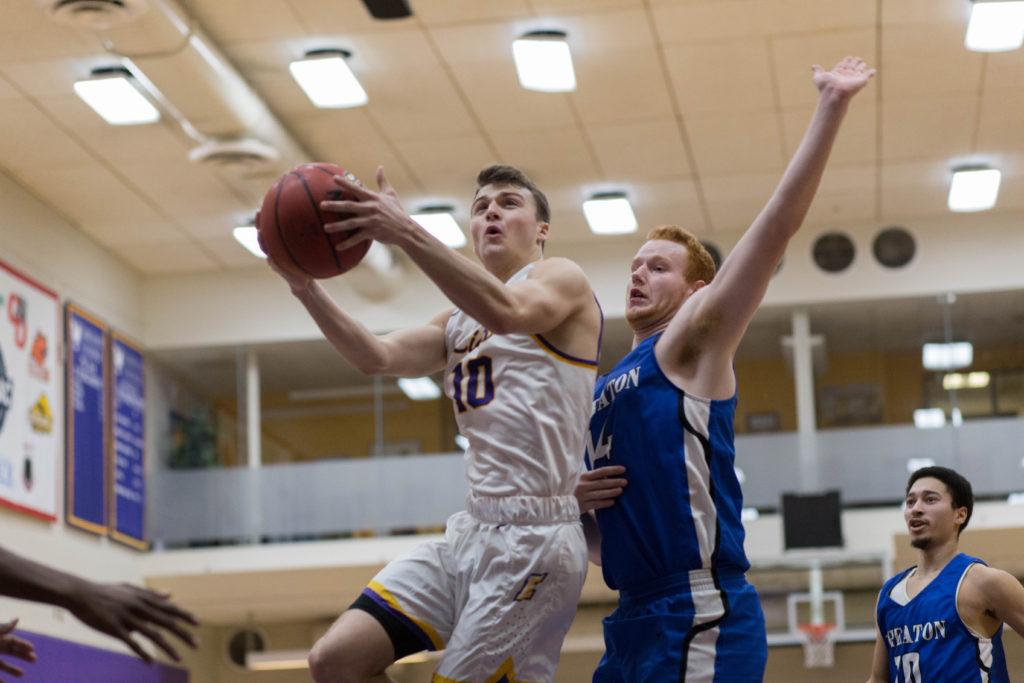 The pace of the game began slowly, as Wheaton locked the score at 1-0 for the first minute and a half. It quickly picked up as Emerson had three blocks, and Wheaton took over with offensive rebounds.

The competitive first half ended with a 34-30 Wheaton lead. Emerson only had 11 rebounds compared to Wheaton’s 22.

Wheaton came out strong in the second half, outscoring Emerson 7-3 in the first three minutes. The Lions continued to fight back—whenever Wheaton had built a lead for themselves, Emerson found a way to get right back in the game.

When it seemed the Lions had a chance to pull off the comeback, they committed two technical fouls, giving Wheaton a total of seven points in free throws.

In a post-game interview, Wheaton head coach Brian Walmsley expressed his delight with his team’s performance.

“For our guys to have the character to come here—which is a very tough place [to play] and pull out a tough win—says a lot of character about this team,” Walmsley said.

Walmsley said one of Wheaton’s main goals in their second-half adjustments was to limit Emerson’s three-point shots.

“They’re such a good three-point shooting team,” Walmsley said. “They have three guys: [Jack] O’Connor, [Geoff] Gray, and [Zach] Waterhouse. They can really shoot, so we tried to keep [those opportunities] from them.”

The Lions made 42.9 percent of their three-point attempts, and senior guard Geoff Gray made only one of four attempts.

While Wheaton moves on with a needed victory, Emerson will look to break their two-game losing streak against No. 6 NEWMAC-ranked Springfield College at home on Saturday, Feb. 2 at 3 p.m.