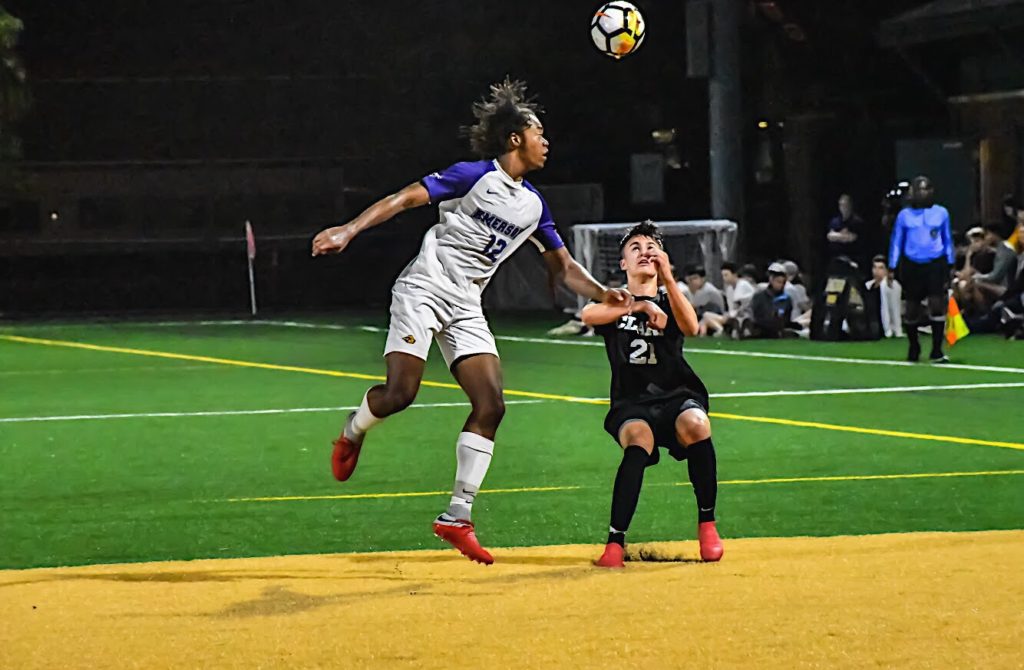 The Lions fell to the Clark University Cougars 3-0 to start off their conference play. Last year, the Lions had a similar fate, losing 1-0 to the Cougars. Head coach Bryan Harkin said that his team battled throughout the game.

“Our goal was to be as competitive as we can be,” Harkin said. “A positive is that we have a lot of young guys playing, and we kept playing till the end.”

The Cougars took an early lead with a goal by defender Trevor Sheridan from an assist by midfielder Jack Stark putting pressure on the Lions.

Clark continued to dominate the field by attaining another goal from the Lions 23 minutes into the first half. Cougar’s forward Sean Munroe attempted a shot that Emerson’s goalkeeper David Kemp tried to save, but the ball ended up rebounding to midfielder Jonathan Guilherme to kick the goal.

Harkin explained his thoughts after halftime.

“We did keep it a little tighter in the second half,” Harkin said.

The Cougars scored in the first 10 minutes of the second half thanks to forward Sean Munroe, who headed the ball into the goal past Emerson’s goalkeeper Robbie Shinder.

While Emerson’s defense struggled early on in the game, freshman defender Darius Boamah said they put up a strong fight until the end.

“[Harkin] wanted us to give the last 45 minutes our all [and] try not to let any more goals in,” Boamah said. “We all know we have to improve on some stuff especially our defensive shape.”

Harkin said the season is just beginning and the Lion’s season is not too characterized by the loss.

“I don’t think our season is going to be defined by one game,” Harkin said. “We still have plenty of conference games left to compete for and I certainly believe that we can win enough of those to make it to the playoffs.” “[Clark] showed tonight that they were a better side than us.”

While the men’s soccer team is filled with new faces, Harkin said his team, regardless of age, is doing their part on the field.

“We’ve got a large group of young guys, new faces that are all doing really well, and working and improving on a daily basis,” Harkin said. “I think the older guys showed really good leadership.”

Harkin believes the Lions have a bright outlook for their future games and hope to make it to the NEWMAC playoffs at the end of their season.

“We still have plenty of conference games left to compete for and I certainly believe that we can win enough of those to make it to the playoffs,” Harkin said.

Coach Harkin said he’s grateful for the audience that came to support the team for their first conference game.

“[The audience] only helps our guys to play in front of a nice crowd,” Harkin said.

Emerson’s next home game is against Worcester Polytechnic Institute on Saturday, Sept. 29 at 1:00 p.m. at Rotch Field.