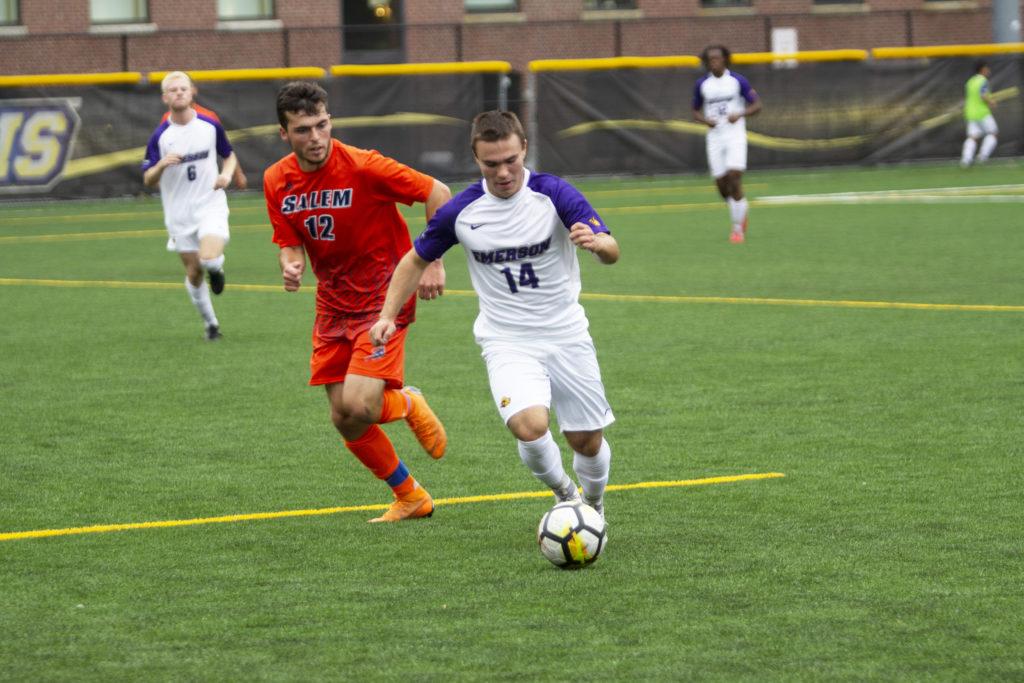 The men’s soccer team lost 2-1 to the United States Coast Guard Academy during a power outage at Rotch Field on Saturday.

Sophomore midfielder RJ Dziejma scored a late-game goal, but the Lions did not have enough time left in the game to score another, head coach Bryan Harkin said.

“We got several chances, but we just needed to be more efficient and continue to find possession in the midfield and get it wide as soon as possible,” Harkin said in a post-game interview. “We need to get a little more pressure from our forwards.”

The game remained scoreless throughout the first half, and Harkin said Coast Guard outplayed the Lions in the second half.

“I was running and [a Coast Guard player] hit me because he was trying to stop me and we both fell over,” Faucette said. “[The Coast Guard player] got mad and hit me, so I hit him back, and then he hit me in the head. That hit should have been a straight red [card].”

The Lions now hold an overall record of 2-6-1 and a 0-2 record in the New England Women’s and Men’s Athletic Conference. The team will play Eastern Nazarene College Tuesday, Oct. 1 in a non-conference match up and Worchester Polytechnic Institute Saturday, Oct. 5 for a conference match up.