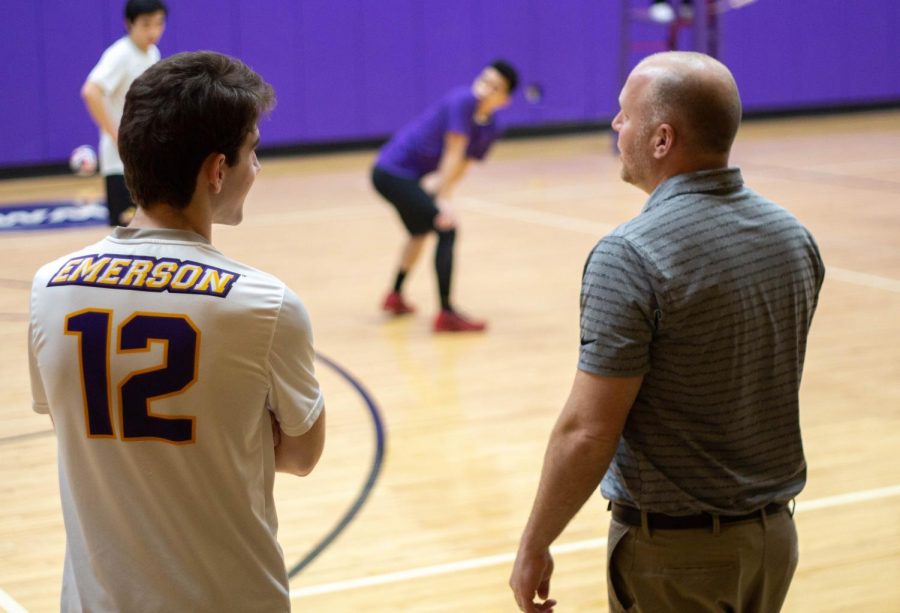 The Lion finished their opening homestand 1-1 following a loss to MIT in straight sets on Friday night.

The men’s volleyball team fell to the Massachusetts Institute of Technology Engineers 3-0 in the second of their two back-to-back home games.

The Lions took control at the start of the second set, with their largest lead coming at 16-11. The Engineers cut into the lead with more service errors from the Lions, eventually winning the set 25-17.

“We need to be a little more consistent in reducing our errors,” head coach Ben Read said in a post-game interview. “We made way too many attack errors.”

The Lion’s continued having a weak defensive presence through the third set, falling 25-16. MIT sophomore outside hitter Brett Allen caused problems for the Lions, scoring often off of the serve and finishing with a season-best of 13 kills.

“Passing and blocking are our biggest problems,” junior middle blocker Matt Connolly said in a post-game interview. “We face a lot of teams with a really good attack, and if we want to compete, it is something that we have to work on.”

Despite the loss, junior middle blocker and right-side hitter Samuel Willinger had a season-best 10 kills, while senior setter and defensive specialist Lucas Raagas had 22 assists.

“You don’t need to play perfect volleyball, just a little more consistent and hopefully the other team makes a mistake and gives us second chances to earn points,” Read said.

The Lions play their next match against Lesley University on Feb. 4 at home.