Men’s volleyball off to 1-1 start after double-header 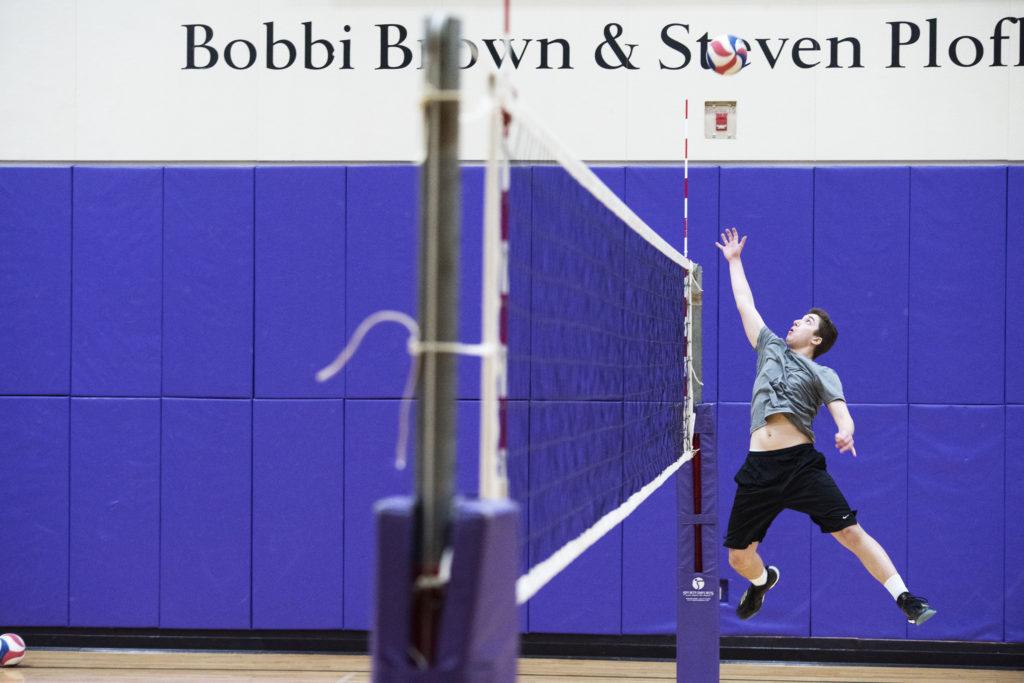 The men’s volleyball team began their season with many new faces in the lineup during their double-header last Saturday.

The Lions are 1-1 this season in non-conference play with a win against Nichols College and a loss against St. Joseph’s College. The double-header consisted of each team playing two games against the other teams throughout the day. The Lions played the Nichols College Bison first.

Senior outside hitter Mark Piorkowski led the Lions with 21 kills during the matchup against the Bison, while freshman setter Josh Elliot led the team with 22 assists. The Lions pulled out the win in four sets.

“A couple of things we did in practice the last few days really worked well today,” Read said. “One was running the back row with Mark [Piorkowski], using the middle to pull block and set up our right side. As for defense, we were making our adjustments.”

Freshman setter Jonah Higaonna said the team used their first match against Nichols as a way to find their groove.

“We haven’t had as many practices where we’ve had a game format,” Higaonna said. “This was a really good match to kind of figure out the weak points and our strong points at the same time.”

The Lions have ten players on their roster, and six are underclassmen. Piorkowski, one of the two captains on the team, said the game against Nichols served as a learning experience for a lot of the starting players.

“It was half our starter lineup’s first game ever, so they came out playing as best as they could in the first match,” Piorkowski said. “We passed fairly well, we all hit really well, and blocking was good, considering we haven’t done much of that in practice yet.”

Read said both sides of the court played competitively and kept the gap between scores close throughout.

“It was kind of like a little chess game—back and forth,” Read said. “They’d do something, then we’d try to make an adjustment. They’ll try to adjust to us, and ultimately we came out on top.”

Following the Nichols game, the Lions lost 3-0 in their second match against St. Joseph’s. The Golden Eagles upset New York University—ranked the sixth best men’s volleyball team in the country—earlier this year.

“St. Joseph’s is a much stronger team [than Nichols],” Read said. “They served aggressively, they had great passing, they ran a quicker offense. Every person on the team was a threat.”

After the first two games of the season, Piorkowski said he is proud of the younger players who stepped up.

The Lions play their next match at Dean College on Jan. 31 before hosting conference opponent Lasell College on Feb. 14.

Piorkowski said the double-header on Jan. 26 showed where the team stands in the beginning of the season.

“Nichols was more of an even test to see who we are, and I think we showed that we could be a pretty good team,” he said. “Against St. Joseph’s, we were able to show we’re a fighting team too.”