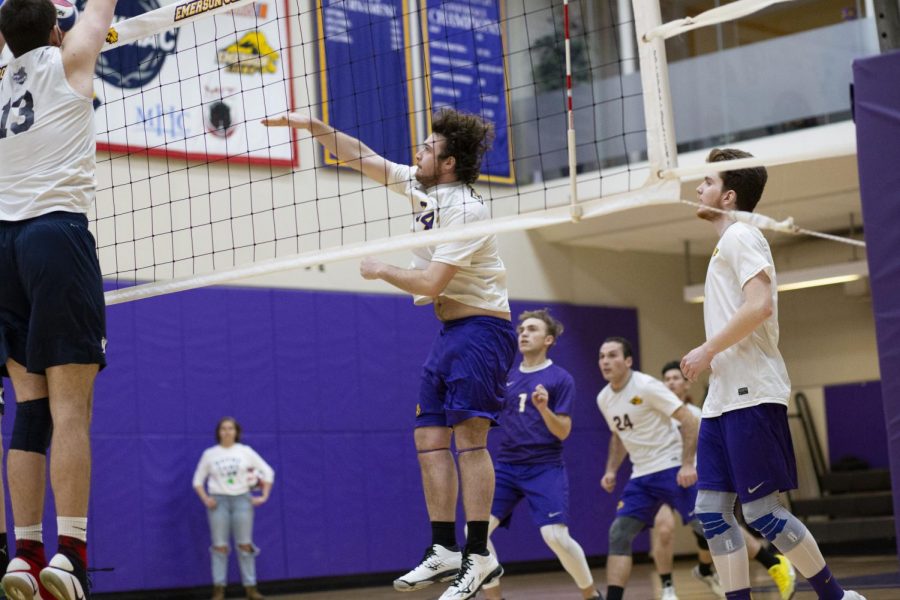 The men's volleyball team lost in the first round of the NEWMAC playoffs for the third consecutive year last season.

“We will do some fast-paced drills in practice that, win or lose, you just have to get up and get ready for the next point and focus on what you can control,” Read said in an interview.

Senior co-captain and defensive specialist Lucas Raagas, the lone senior on the team, said this year’s Lions need to place more of an emphasis on team bonding.

“We can mold together as a team instead of growing as individuals,” Raagas said in an interview.

The Lions have four upperclassmen on their roster to go along with seven freshmen or sophomores. Read said he understands the difficulty of leading a group of players who are still developing.

“We’re a younger team, a smaller team,” Read said in an interview. “We have one senior, our co-captain [Raagas]. We did graduate three really strong players, and they are hard to replace. We’re just hoping that those young players can still learn and grow from this year and carry it into the next season.”

“Playing in the GNAC, we have a couple of experiences playing these teams,” Willinger said in an interview. “We have to play smarter than a lot of these other teams that have the height and the players.”

Willinger is the second co-captain and received a spot on the GNAC all-sportsmanship team last season.

Read said the team needs to improve on minor mental mistakes that end up costing them games.

“Forget the past,” Read said. “You can learn from it and grow from it but you do have to move on. There have been plenty of games in the past that if we had served one ball in or got a kill, or done something small differently, who knows what the outcome of that set would have been and then ultimately what the game could have been.”

Read said the Lions are going to look towards their upperclassmen as the stronghold of the team’s core while the younger players have a chance to step up.

This is Raagas’ final season at Emerson. It is also his last chance to make the playoffs and beat Johnson and Wales.

Raagas mentioned mental fortitude and toughness as traits the team will need to maintain this season.

“If we are determined on being a more scrappy team, a smarter team, and being willing to dive for it, it is really where we will find success,” Raagas said.