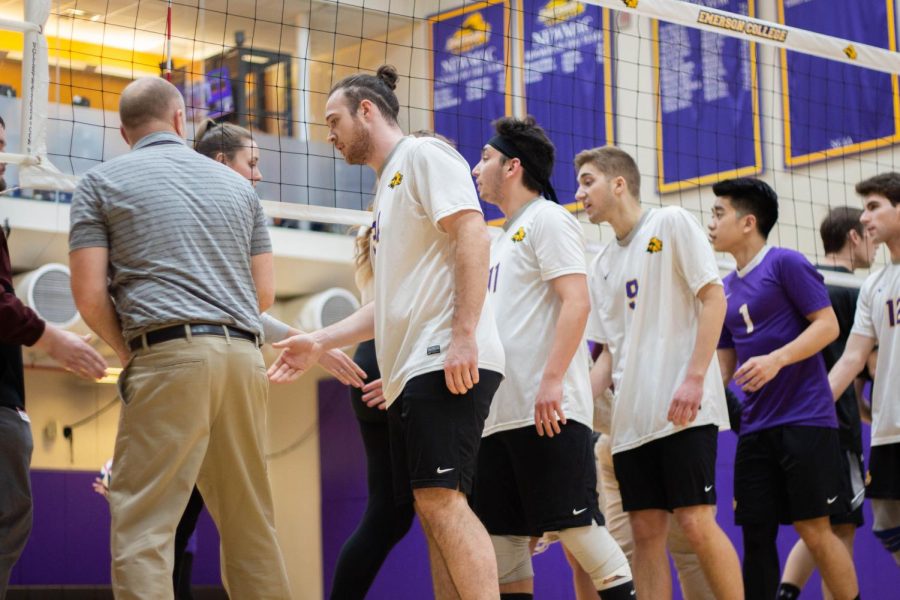 The men’s volleyball team swept Dean College 3-0 on Thursday for its first win of the season.

Coming off of a 3-0 loss to Nichols College on Jan. 23, the Lions started the match on a 5-0 run after four attacking errors from the Bulldogs.

“This is Dean’s first game,” Read said in a post-game interview. “Looking at the size of the roster, they probably haven’t been able to scrimmage six versus six. So this is probably the first time they played real volleyball, and I think that was definitely on our side.”

Willinger, the Lions’ team captain, emphasized how much his time left on the team mattered.

“I think tonight for me, I just want to go out there and play,” Willinger said in a post-game interview. “You know, for me, I think we’re coming to the realization that I only got a couple of seasons left, and I want to make the most of it.”

The Lions scored the final four points of the second set to pull ahead by a score of 25-16.

After the victory, Willinger said he is focused on tomorrow’s matchup and developing young players.

“We got MIT tomorrow, which can be a hard game,” Willinger said in a post-game interview. “I think right now we’re focusing on becoming a strong team. We’re building this kind of network that we have because we are very young.”

The Lions face the Massachusetts Institute of Technology at home on Friday, Jan. 31 at 7 p.m.