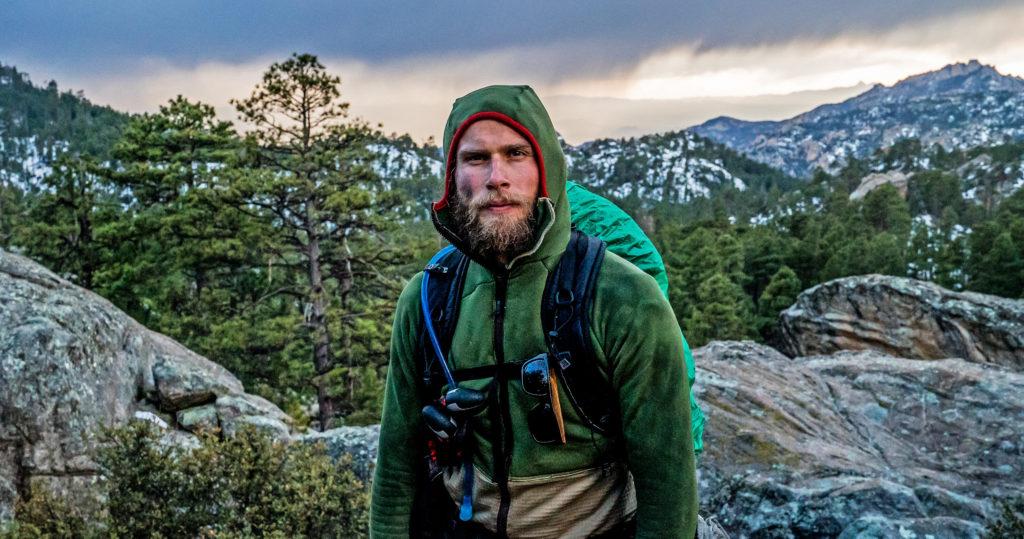 After hiking the Appalachian Trail in 2011, Andy Laub ‘09 knew he wanted to show others the beauty that he saw in nature. He has created feature-film documentaries of countless trails, national parks, and modern-day cowboys on airboats.

The journalism graduate is also the sole force behind the filmmaking outlet As It Happens Creative, with three projects set for release in 2019.

His documentary Gladesmen: The Last of the Sawgrass Cowboys explores Florida’s ban on airboats in Everglades National Park. The film won the Made in Miami award at the Miami Film Festival in 2017 and was selected by The Boston Globe’s GlobeDocs and Washington, D.C.’s Environmental Film Festival.

“The film tells the story of a culture in the Everglades and how their history hangs in the balance,” Laub said. “The film premiered in Miami and the community down there connected with it in such a unique way.”

Laub said his passion began with his first backpacking experience across the eastern United States during the spring semester of his senior year at Emerson.

“When I went there and actually got on the trail, it made me fully see my relationship with nature for the first time in my life,” Laub said. “After hiking it, I knew that I wanted to work in this environment and use my documenting and news skills to show other people these landscapes.”

After documenting his hike of the Pacific Crest Trail, Laub produced Lobster War: The Fight Over The World’s Richest Fishing Grounds, a documentary about the climate-fueled conflict between the U.S. and Canada over waters both countries have claimed since the late eighteenth century.

Laub started with his filmmaking career interning for the Discovery Channel, where he helped film reality shows in various settings in the wilderness.

“While filming reality shows for the Discovery Channel, I basically learned a lot of things behind the camera, which I knew could use in the future, whether I became a reporter or something to do with natural environments,” Laub said.

Stillman Brown, an associate producer at both the Discovery Channel and for Laub’s first film, knew early on that Laub could make his own documentaries..

“Laub just had the drive and curiosity to be a documentarian in these natural settings,” Brown said. “He was not only able to help show the environment around the characters, but also what these settings mean in a grander context.”

Laub teamed with David Abel, a journalist for The Boston Globe and Laub’s former professor, to create political and issue-based documentaries. Laub said his partnership with Abel helps him to achieve a healthy balance of journalistic reporting and nature-filled documenting.

“We definitely have a strong relationship creating these interesting stories,” Laub said. “Even though I majored in journalism, Abel definitely has most of the skills when talking about the politics of everything and what [the issues in their films] all means for the future.”

Abel said he attributes much of their projects successes to Laub’s talents behind the camera.

“Laub is a keen cinematographer and an even better editor,” Abel said. “He has a great way of combining his talents to keep the audience interested in watching these beautiful settings.”

Laub plans to return to documenting nature trails this summer with Walking into Existence, a film about the 1,200-mile Pacific Northwest Trail. Laub will trek through Montana and Washington as he and his crew captures the trail, similar to his first film As it Happens: Pacific Crest Trail.

“This is going to be this immersive journey that is filled with hitchhiking, climbing, and backcountry experiences,” Laub said.

“If you are not passionate about what you are filming, it’s really hard to make a living as a documentary filmmaker. But if you find something you truly care about, all you need to do is start filming and experiencing,” Laub said.