Minimalist music: Folk as an antidote to maximalism 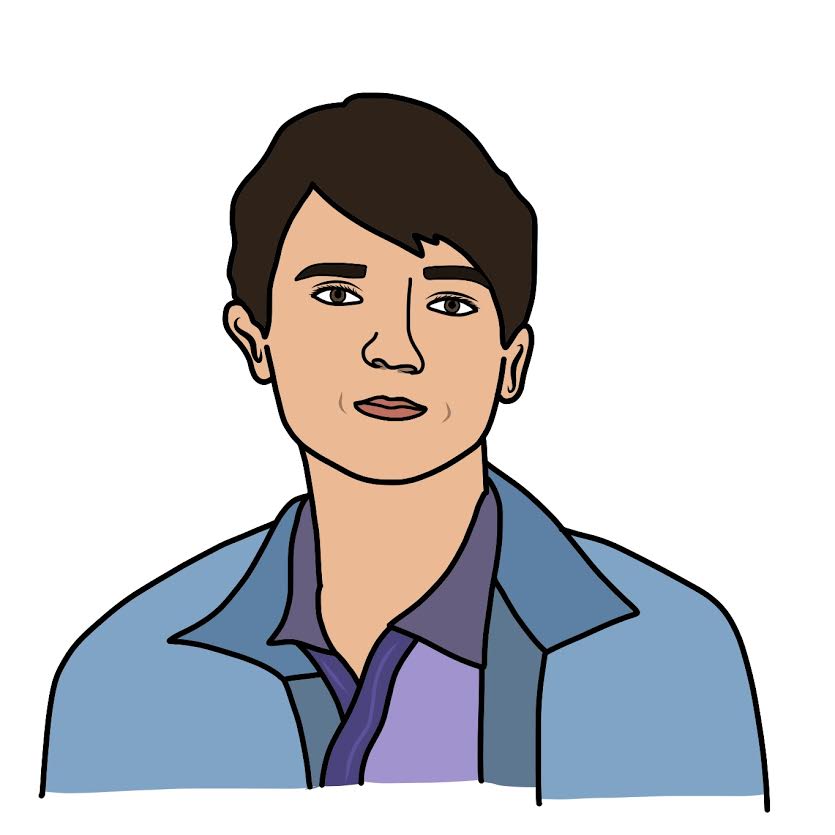 Joseph Green is a junior visual and media arts major and the Beacon's music columnist. Illustration by Enne Goldstein.

Music these days can be overwhelming. Dense production surrounds us with synths, reverb, and electronic effects I can’t even put a name on. Vocals undergo thick layers of distortion before they reach our ears. It seems the goal of production in modern music is to see just how big sound can get.

Maximalism is not inherently bad. Some of my favorite albums this year appeal to me precisely because of their expansive, immersive sound. Take the glittery, orchestral beats on Tyler, the Creator’s Flower Boy, or electronic composer Kaitlyn Aurelia Smith’s experimental and anarchic The Kid. These albums assure me that maximalism can still be engaging. But in a sea of lavish production, I can sometimes feel like I’m drowning.

When I grow tired of maximalism, I turn to folk music. When I think of folk, I think of insightful, visionary singer-songwriters, often armed with just a guitar and their voice. I think of musical arrangements that are quiet but complex and lyrics that aren’t afraid to be a little abstract. The best folk music uses a little to say a lot.

Two albums released in the last month proved the staying power of folk’s simplicity and sincerity to me. The first is the new album by Los Angeles artist Shannon Lay, Living Water. Lay’s album is folk at its most stripped back. Most songs feature nothing more than Lay’s vocals over guitar, occasionally joined by a violin and light percussion. Lay’s powerful voice, warbling between a whisper and a vibrant trill, cuts through this restrained instrumentation. The tunes she crafts are simple and gorgeous.

“Recording 15,” a mid-album highlight, is one of the most mature and satisfying breakup songs I’ve ever heard. Backed by a gentle guitar line, Lay takes us on a journey from initial heartbreak (“I really just want to give my love to you, but you’re so far away now”) to a state of conflicting emotions (“the thought that you are out there somewhere comforts and confuses my mind”). She ends in a place of acceptance, concluding the song with a flip of the original chorus: “I’ll always just want to give my love to you,” she says. After some hesitation: “But I’ll keep it for now.”

On “Orange Tree,” the album’s third and best song, Lay tells us “all that lives is simple, small, and true.” It sounds like she is sharing a wonderful secret with us. Lay finds beauty in life’s smallest moments—in the quiet spaces between her deftly finger-picked guitar strums and in the time it takes her to linger on a particularly impactful phrase. This is minimalist folk at its finest, liberated rather than limited by its humble components.

If Blue Could be Happiness by New York group Florist, on the other hand, is less of a traditional folk album. It uses more instruments and is a little more polished than Shannon Lay’s music, incorporating elements of mid-2000s psychedelia and indie pop. The group call themselves a “friendship project” rather than a band, so some quirk is  expected. It could fit nicely on the Juno soundtrack.

But after a careful listen, it’s evident that there is nothing but sincerity in Emily Sprague’s plainspoken vocals and poetic songwriting. The album seems to be an emotional self-portrait, and is therefore neither wholly joyful nor completely sad. Instead it chronicles her feelings of isolation and depression, and the happiness she found through relationships and self-love. Sprague invites listeners to join her on this confessional, musical journey on the opening track, “Blue Mountain Road,” in which she tells us: “If you’re terrified of living like me I hope that you’ll be fine/because we’re terrified together in this terrifying time.”

The instrumentation creates a warm atmosphere, but it’s the lyrics on this album that I find the most compelling. The way Sprague alternates between sensory descriptions of the world around her and her own state of being is seamless, even magical. This device shines in “What I Wanted to Hold,” one of the most tender and uplifting songs on the album.

The song begins with Sprague lost in nostalgia for “the home I remember in a blur of sights and smells and sounds of old.” Her thoughts quickly return to the present as the setting sun causes her to wonder: “What is love if not violet?” The answer: “A beam of light on an autumn afternoon/It slowly fades to blue/I have always wanted you.” Across the whole album, the color blue symbolizes an escape from isolation and depression. This is most clear in the triumphant climax of “What I Wanted to Hold,” in which Sprague proclaims: “I’m alive and I’m okay,” and sings repeatedly, “The air is light blue today.”

Living Water and If Blue Could be Happiness, with their stripped back instrumentation and personal lyrics, are just the antidote to maximalism I’ve been looking for. Too often as a college student, stress and anxiety seem to be lurking around every corner. In a world that encourages us to constantly work ourselves at maximum speed, Shannon Lay’s exhortation to embrace life’s small moments of beauty and Florist’s message of honest but hopeful reassurance remind me to slow down, breathe, and take a quiet moment for myself.