Mistakes and missteps: Accepting the art of failure 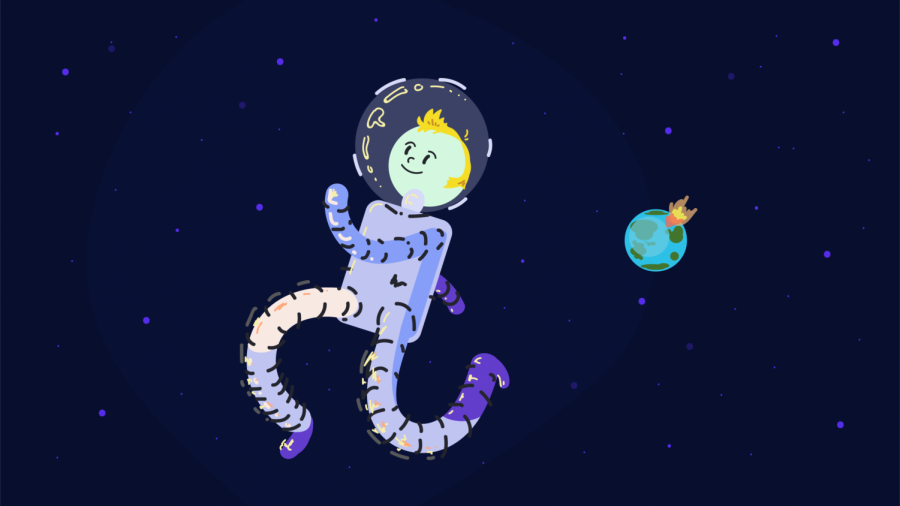 "Mistakes are far less important than the actions you take to move forward."

I have had plenty of leadership and followership positions, and I have royally messed up all of them. If I could intern in making mistakes, I would reject the position because I deserve to be the executive director of the space cadet department. Although it sucks to be slapped in the face with self-doubt, rejection, and denial on a daily basis, I’ve found solace in the art of failure: Mistakes are far less important than the actions you take to move forward.

I’m not talking about seismic earthquakes when I refer to mistakes; I’m talking about some hiccups and a fart, not the plague. Mistakes only become earthquakes when you do nothing about them. For some random, totally-not-real example, goofing up your deadline for an op-ed qualifies as a mistake. I could flee from the opinion section like a tired Pokemon trainer, sure, but that’d leave me in a pretty awkward situation considering I create two-thirds of the illustrations and graphics for The Beacon and communicate with the opinion editor on a near-daily basis. Instead, I explained to her that I missed my deadline because I wanted to switch my topic.

Don’t worry—I managed to retain the trust of the benevolent editor who deals with my always-skirting-the-deadline graphics.

Training your mind to proactively think of ways to remedy mistakes and communicate better maintains your credibility and sanity. Fixating on or ignoring what you’ve done wrong leads people down a dangerous slope of negative habits. As much as I love spilling some steaming tea, gossiping about mistakes needs to evaporate when it prevents you from reinforcing positive action, discouraging self-deprecation, and acknowledging negative emotions in a healthy way. Flinging insults, being passive aggressive, or acting as a bystander instead of communicating brews trauma and gets us all nowhere.

The enemy of forgiveness is inaction. Misunderstandings, animosity, and guilt overflow when people fixate on the past and don’t express what they feel. If you are honestly trying your best—and people can always tell if you actually try your best—and you fail, it’s likely easier to fix the problem than the doomsday scenario you’ve conjured in your head. As long as you act quickly and focus on improving the future, people are more likely than not to forgive you. And if someone mistreats you due to your transgression, that’s a mistake on their part: No one has any obligation to forgive you, but they also have no right to discredit your effort for their own ego.

Remember what happened, but attempt to forgive others and yourself for every problem you can. Do this for your own sake if for nothing else. Releasing negative emotions has been scientifically proven to improve overall health.

I work as a dance teacher at an afterschool program, and you would not believe how tangled interpersonal relations can get in a game of four-square. A dash of forgiveness can be the difference between 50 smooth rounds and five chaotic messes that leave two children crying and one trying to deflate the ball.

College creates a breeding ground for grievances. Every student organization has its sharp edges since they’re staffed by overworked students volunteering tons of hours to unpaid and underappreciated positions on top of jobs and schoolwork. For housing, we smush people from dramatically different socioeconomic backgrounds together in very expensive and very tiny rooms—what could go wrong?

Applaud others when you recognize them overcoming flaws and practicing healthy habits. It’s hard to communicate and takes so much effort to combat cognitive distortions, or the way humans warp events in their mind until they believe something untrue. Everyone has different adversities and backstories that spark conflict in ways you can’t predict. I still spiral out of control and become useless when I feel like I’ve failed.

Humans will inevitably err, and it’s never wrong to feel and process adverse feelings for as long as you need to. Still, we can at least try to take steps to reframe how we think about problems so we’re not trapped in pessimism for longer than the length of a few rants to your roommate, some sweet treats, and a couple of Baby Yoda meme compilations.

Am I constantly feeling embittered around a certain friend? I need to explain how I’m feeling. Did I fail to follow through on a promise? I should reach out as soon as I can and find out how I can repair the situation. Do I bark at my roommate when I get home because I’m hangry? I’ll buy some snacks.

Try to look at the world as a place to improve and forgive, rather than a soap opera where sticky situations make you boil in self-hate and frustration. I’m still working on it, but this train of thought makes it a bit easier to work at the Space Cadet Academy as the I’m-bad-at-deadlines executive director.