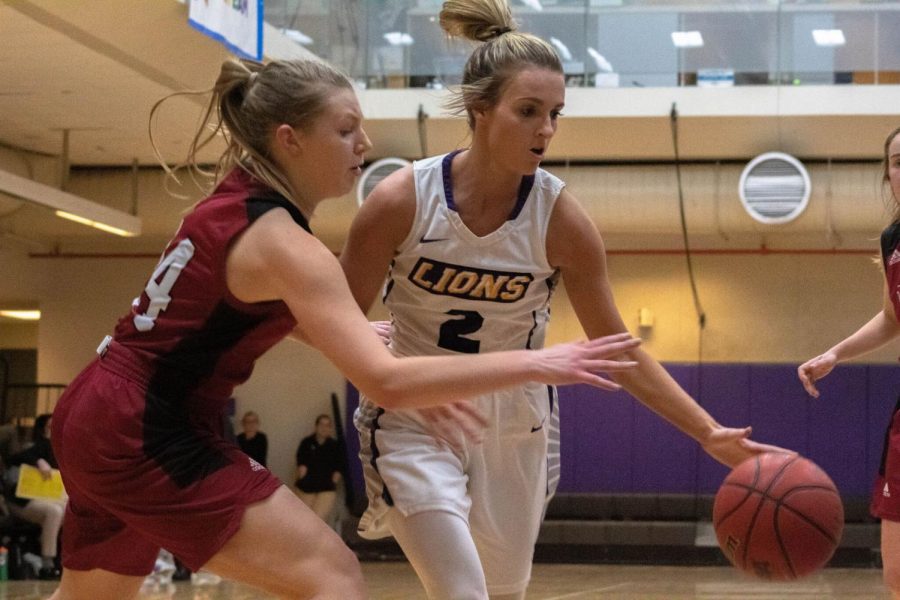 “I thought MIT played out of their minds,” head coach Bill Gould said in a post-game interview. “They played a phenomenal game.”

Gould said the team prepared thoroughly going into the matchup, but the Engineers performed beyond their usual skill set.

“They were hitting 25, 26-foot jump shots, and they’re not usually that good,” Gould said.

Going into the game, the Lions ranked sixth in the New England Women’s and Men’s Athletic Conference with a 4-3 conference record. MIT ranked third with a record of 4-2.

The Lions made five of their 14 attempted field goals, zero of three 3-pointers, and zero of two free throws in the first quarter. The team pulled down six rebounds and benefitted from four Engineers turnovers, but MIT led 16-10 at the end of the period.

In the second quarter, the Lions shot zero percent on three-pointers and free throws. Junior forward Sam Boyle contributed a pair of field goals in the period, but the team recorded four turnovers and missed six of their 13 shot attempts.

Gould said MIT made the most of every one of Emerson’s mistakes.

Boyle made the Lions’ first three-point shot of the game in the third quarter, and scored five of the 12 points from the Lions in the period.

“I try to be a focal point for the team and motivate everyone to work hard,” Boyle said in a post-game interview.

Boyle said playing against a team with tall, aggressive players who shoot well is challenging, and the Lions did not adjust enough on offense to score more.They didn’t pick up momentum until the fourth quarter, where they outscored the Engineers.

“We have to go into every game saying we are going to beat them,” Gould said. “Practice hard, get after it, and win.”

The Lions play Wellesley College on the road Saturday, Feb. 15, at 1 p.m.