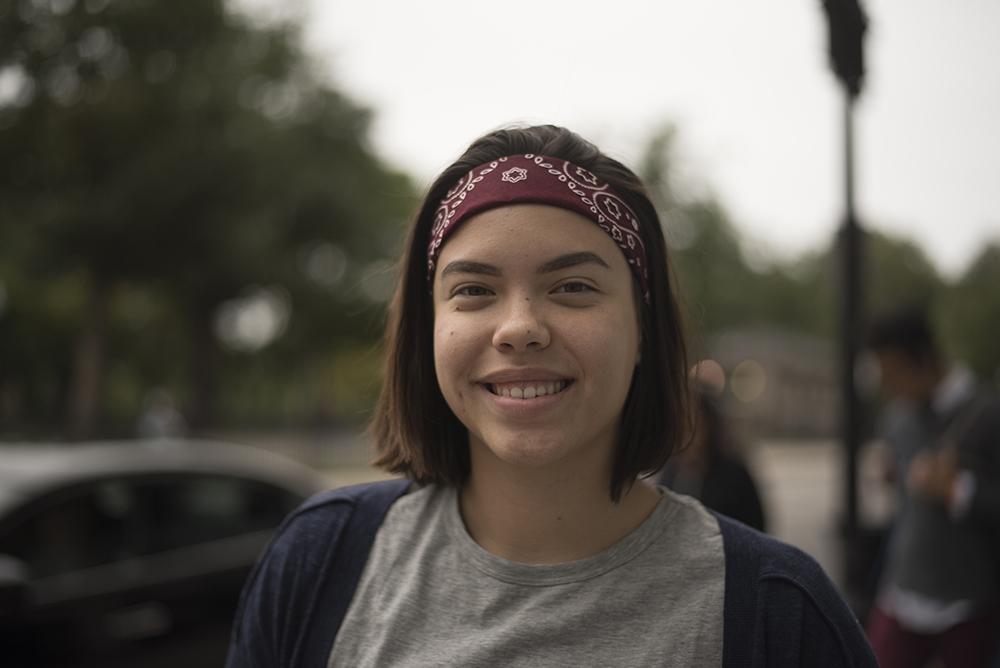 Mood magazine, created last May by senior visual and media arts major Becca Chairin, is all about color. The design of the publication is simple, the art is varied, and there’s only one rule: create to the hue.

During this past summer, Chairin was thinking about an idea to keep in touch with her friends’ work when she got the idea to compile their contributions into a magazine.

The online zine publishes photography, illustrations, poems, and paintings—as opposed to a traditional magazine that is focused on articles. And, submissions are open to anyone, not just Emerson students. Chairin said she usually sends out the hue theme to her friends and asks for contributions. There is also a Facebook group.

The magazine gets its name, Mood, because every issue is based on a color theme. Hark back to your tween years, and imagine those silver rings that changed different shades to indicate certain emotions. This is the effect the mag is shooting to achieve. The first issue was pink, and the most recent one was black.

An excerpt from a poem by Paola Tristan Arruda said: “He is too Latin. / His Brazilian pride got him kicked out of classrooms. For being un-American / He’s been dragged into bathrooms. / Hands behind back, people curious to unzip jeans. To see what parts he had. / To see what gender he was. Ironic that years after he was dragged into /  bathrooms, they’re telling him he’s not allowed in one. He is too LGTBQ.”

Yasmina Hilal, a junior visual and media arts major, was inspired by the color black in a different way.

“Black was dark and it gave a grotesque feeling,” Hilal said.  “So I took that and I created a very grotesque mood.”

Hilal has contributed as a photographer on every issue of Mood. She explained that some people use the color theme as the focus in the picture, and some just use the shade as a mood for the picture.

Devin Gardner, a senior visual and media arts major, was a featured photographer in the black issue. He said he favors the interpretive, flexible style of the publication.

“[Mood magazine is a] space for artists to promote and share the art that they really want to be creating,” Gardner said. “It’s very pure.”

Chairin described Mood as a personal magazine run by a group of friends rather than a campus-wide organization. It documents the art her peers are creating at this time in their life. There are no assignments given, all ideas are received, and it is open for anyone who wants to share their work.

Mood has received about 300 views on Issuu, a free online electronic publishing website. Chairin hopes that more people will see it, not for the fame, but because she wishes that everyone could benefit from viewing the artistic projects featured within its pages.

“The stuff that people send me is so good,” Chairin said. “I just wish everyone could see it all the time. I have very talented friends.”

Issues were published once a month, but now that Chairin is back in school she said it will publish less frequently.

For her, stitching together Mood is entertaining—it’s a fun commitment that enriches her life she said.

Mood magazine is not recognized by the school, but Chairin thinks that this is not necessary because of the variety of titles already available. She has worked for Em Mag since her sophomore year and Flawless Mag since her junior year, which gave her enough experience and background to start her own magazine.

When asked about her future plans for the magazine, Chairin said that she would like to print a few hard copies, but she doesn’t know yet what will happen to it when she leaves college.

But for now, Mood is open for submissions, and the next issue’s theme is red.