Movie theaters are becoming a thing of the past, for better or for worse 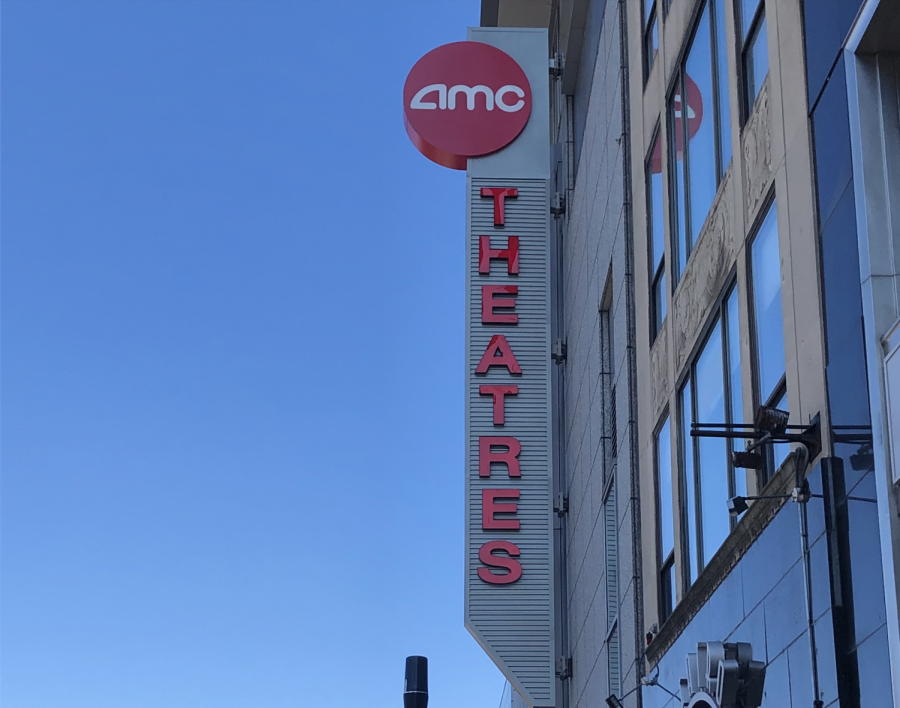 With the COVID-19 pandemic came the closing of movie theaters everywhere. This changed the way people consume movies, going from sitting in front of the big screen with a huge bucket of warm buttered popcorn, to the small laptop screens with the scent of microwavable popcorn consuming the kitchen.

Instead of waiting for a safe reopening of public movie theaters, studios like Disney and Warner Brothers have shifted gears. Now, a year after the pandemic caused a nationwide shutdown, some big titles are being released straight to a studio’s streaming service. Whether we like it or not, theaters are slowly becoming a thing of the past.

Recently, major titles like “Wonder Woman 1984,” and “The Witches” have premiered on HBO Max, while Disney’s “Mulan” went straight to streaming in September, and Janelle Monae’s “Antebellum” premiered on Hulu the same month. Viewers can expect more movies premiering in their homes with “Godzilla vs. Kong” and “Mortal Kombat” arriving on HBO Max this spring.

The entertainment industry is one of many that has been greatly impacted by COVID-19. Between release date delays as a result of halted production and revenue loss from shuttered theatres, the movie industry has turned elsewhere to stay in business.

But just how different does watching a new release in bed compare to reclining back in a theater? Even when everything is fully opened again, will movie theaters have the same appeal as they used to?

Before the pandemic started, my go-to spot to hangout with friends was my local movie theater. Fully upgraded with deluxe recliners and a wide variety of snacks for purchase, it was the place to be every weekend for movie lovers. Now, the Showcase Cinema de Lux theater on Long Island sits in a big empty parking lot, closed down and out of business.

Stepping into a movie theater for the first time in months was an odd feeling. I used to live at the movies, so it was like meeting an old friend, but with noticeable differences. People were quieter and seats were noticeably absent. The snack stands were no longer open and the familiar smell of fresh popcorn was nowhere to be found. There were also social distancing rules put in place, meaning some seats could not be reserved if they were next to another patron on either side, as well as in front or behind moviegoers.

I appreciate the necessary precautions movie theaters put in place, but it still didn’t give me the return to normal that I craved.

There is certainly a noticeable shift in media consumption that instead focuses on “at-home entertainment.” This can be attributed to the stay-at-home quarantine order mandated in states across the country last March. For instance, the AMC theater company saw a 91 percent revenue decrease for their third quarter that ended Sep. 30.

The big screen transformed into the small screen, as an increasing amount of people consumed movies on their laptops, iPads, and Smart TVs. An article published by Screen Rant in Nov. 2020 shows statistics of different streaming platforms’ growth from quarter three of 2019 to quarter three of 2020. There was a reported 37 percent growth of the streaming service market in 2020.

Initially, this was a great idea, especially for films that were lined up for a release date during the early stages of the pandemic. Viewers were able to binge movies back to back at the click of a button, and in the instance of Pete Davidson’s film, “The King of Staten Island,” the streaming release on June 12 was even earlier than the originally planned June 19 theatrical release. However, the charm of “free” movies seems to have worn off.

Even if viewers had pre-existing subscriptions to platforms like Hulu, Amazon Prime, and Disney+, an extra purchase fee for straight to platform releases was often tacked on. For instance, Disney+ offers a Premier Access for certain titles.

When “Mulan” released Sept. 4, it became available for purchase for $29.99, which is on top of the $6.99 a month–or $69.99 a year–subscription fees. Although movie theater tickets can lean towards the pricier side depending on the venue, the initial price of “Mulan” was much higher than the average movie ticket price of $9.26, as of 2019.

In the time of a pandemic, which has brought detrimental financial hardships to both individuals and businesses, it’s hard to say if the tacked on price is worth the watch.

Film production companies like Warner Bros are planning to continue the straight to streaming service releases in 2021. As theaters begin to slowly open up once again, companies are also starting to set both a streaming and theatrical release.

It is difficult to find the same rush of excitement I got for a new film’s release pre-pandemic, like the latest Marvel flick or a horror movie like “Us.” But overall, not having to leave the house to enjoy a movie doesn’t sound so bad, especially given the uncertain circumstances that come with public theaters.

Although it would be fun to return to a proper movie theater setting someday, consumer behavior of wanting the easy accessibility of streaming movies proves that times have changed—and the question lingers of if we will ever return to ‘normal’ moviegoing.