My identity was altered by telenovelas and American sitcoms 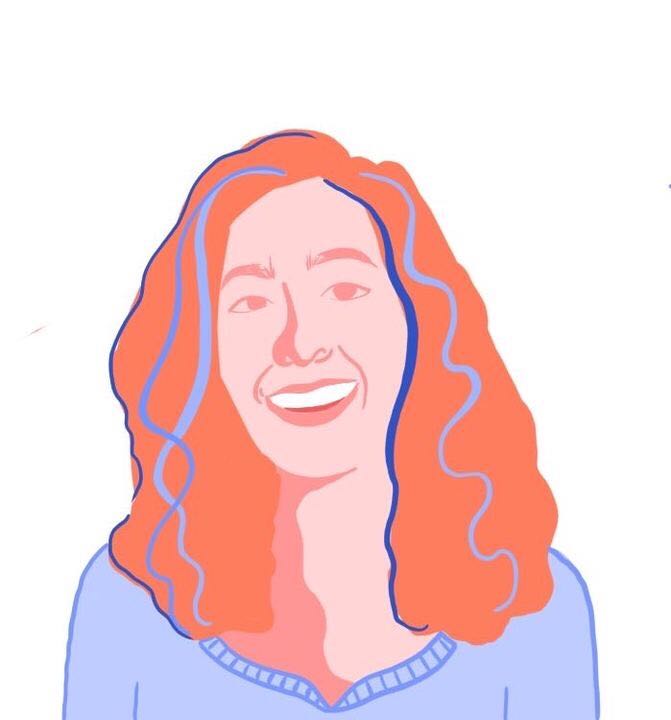 Like most pre-teens and teenagers, I looked to TV shows, movies, and books to figure out who I was and who I wanted to be when I was younger.

Middle school is when I started to struggle with my identity because I felt like everyone around me was finding their place and I was still figuring out who I was. It wasn’t until high school that I realized Latinx representation in the media was partially to blame. I became more aware of the inaccuracy in the little representation the Latinx community got in the media. After that realization, it did not take long for me to realize that my favorite TV shows, movies, and books did not represent me or my community.

I did not feel like I belonged in any community because I thought my community did not exist.

I grew up watching both American sitcoms and telenovelas with my mom. These two forms of television entertainment are vastly different from each other but each form has one thing in common—the inaccurate representation of the Latinx community.

I came to believe that I was not Latina enough because I did not look like the typical Latinx actor displayed in American television. The majority of the TV shows I watched stereotyped all Latin women as curvy, brown, loud, and sexual, which created a disconnect between me and my identity.

I would watch TV shows such as Gilmore Girl, Reba, The Middle, and Modern Family with my mom. These shows are based on dysfunctional families and their everyday lives, and while this made it easier for me to connect with some of the situations the families were put in, the casts in these shows are still overwhelmingly white. Their stories were written by white people for white people.

When the Hicks family could not pay their bills and barely made ends meet in The Middle, my mom and I felt seen as a lower middle-class family. However, no matter how accurate their representation of lower middle-class families is, we still felt invisible because the Hicks family never faced racism or xenophobia. We felt as if our struggles as Latinx women were not important enough to be displayed in the media. because if Latinx women were valued and validated, we would be on-screen. The central part of our identity was never shown in any of our favorite shows, which led us to question whether we should be watching them or not.

At first when I started to watch telenovelas with my mom, I thought that they were a form of media that accurately represented my people, but of course, I was completely wrong. Telenovelas are sexist, colorist, classist, and known for their dramatic, exaggerated, unrealistic storylines . In telenovelas, while everyone on screen is part of the Latinx community, they are all white-passing. Not all Latinx people are truly displayed on the screen. This made me discover that colorism was a huge problem in the telenovela industry. They are no better than American sitcoms. In 2015 the first telenovela that ever featured an Afro-Latinx woman as the leading protagonist aired, Celia, which is based on the life of singer Celia Cruz. This was a big step forward in representing the Latinx community accurately and an even bigger leap for the Afro-Latinx community finally getting the spotlight they deserve.

In American television, there is a limited amount of accurate representation of Latinx women. When Latinx characters are present, they are either based on a stereotype or are minor characters who don’t get meaningful storylines. When Latinx characters do receive a part in television, they usually play the role of the criminal or a maid. According to The New York Times, only three percent of lead or co-lead roles are portrayed by Latinx actors and a quarter of these speaking roles are the roles of criminals. There has always been a problem with the lack of media coverage spotlight on the Latinx community. The false representation of the Latinx community creates a disconnection from their identities. Latinx kids then begin to associate their culture and identity with the negative stereotypes portrayed in the media. A study conducted by the University of Indiana indicated that after surveying 400 kids, the only demographic that did not experience any low-esteem after consuming several hours of television was the white boy.

No TV show or novel led me to discover my community and it was not until I came to Emerson in the fall of 2018 that I finally came to terms with my own identity. For the longest time, I believed I was not brown enough because my appearance did not match up with the typical Latinx women that were displayed in American sitcoms. But at Emerson, I met an amazing group of fellow brown women and non-binary people of color that validated all of my insecurities. They reassured me that I am a Latina woman and just because there is currently no accurate media representation of Latinx people that does not mean we can not create one.