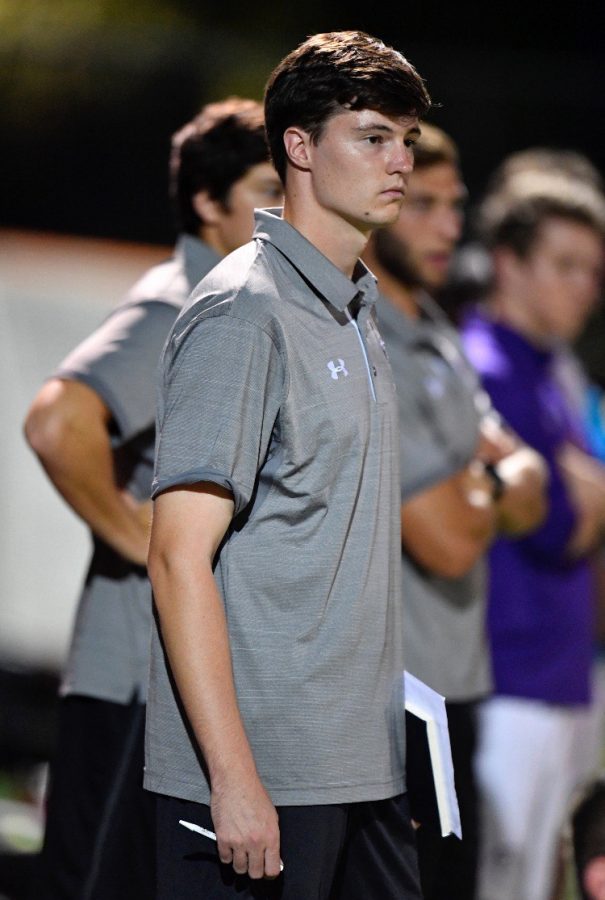 New men’s soccer assistant coach Liam McKersie is looking to bring his psychology background to the team that he joined this summer when former coach Bryan Harkin departed for Harvard and Daniel Toulson took up the head job.

McKersie spent his collegiate career playing for Allegheny College in Meadville, Pennsylvania, graduating in 2019. In his tenure at Allegheny, he was a lead-by-example-styled player and already had a sense of his future in the sport.

“I was at Allegheny about two years in and I told my college coach I wanted to get into coaching,” McKersie said in a phone interview. “He helped me get a sense of things from the office side, organizationally, recruiting, and all the other things that are more behind the scenes.”

During his playing career, McKersie acquired a master’s degree in the field of psychology. That experience became a large part of his philosophy as he began coaching right out of college.

“I wanted to stay in soccer, my passion is sports, but specifically, psychology sports development of emerging professionals,” he said. “So, I thought coaching was the best way to do that.”

As a graduate assistant, he was able to secure a position on the Chatham University coaching staff where he and the rest of the team were tasked with starting the program. McKersie said his time at Chatham helped his growth as a coach tremendously.

“It was a great experience because it was a lot of work right our first year,” he said. “Right in the fire as far as having to really adapt and grow and help really young players and a new team adapt and grow.”

The age of the Emerson coaching staff is young, but Toulson said having a coach so fresh out of the collegiate level is a major benefit to the team.

“For the guys just having someone a little bit closer in age and someone who’s just come out of playing to interact with is pretty important,” Toulson said. “I think that’s one of the main things is that guys have a good level of comfort with him.”

“We’re able to relate with him a lot more,” sophomore forward Thomas Chuaqui said. “We’re young men also, so it’s nice to have a coach pretty close to your age.”

Toulson said he and McKersie first met at McKersie’s cousin’s wedding but knew of each other from recruiting.Toulson was immediately impressed by McKersie’s recruiting ability. When an assistant coach position opened up, Toulson knew McKersie was the man for the job.

“I was the assistant and I knew that I was potentially moving on and I kind of spoke to him a little bit about applying,” Toulson said in a phone interview. “He’s been pivotal during the transition. As coach Harkin was moving on to Harvard and I was coming in. Throughout the transition, you know, coach Liam kept everything going with the guys. All of our workout groups and our Zoom calls.”

In the short time that he has been a part of the program, McKersie has made an instant impact — and added a different perspective to the squad with his psychology background.

“You get so much knowledge about the behavior of people, understanding their emotions, and how to help them,” Mckersie said. “It’s really immediately helped me have really good open lines of communication, from a one on one standpoint, helping maximize the support system for each player.”

Co-captain midfielder Aidan Ferguson has had the opportunity to work with McKersie closest and praised the coach’s ability to communicate.

“I really like Coach McKersie,” Ferguson said in a phone interview. “He’s super personable and I think that’s really great to the team. Helping to uplift players on the team and working with you one on one.”

In an effort to create a competitive team culture, McKersie looks out for his players’ mental side of the game.

“He’s checking in with people,” Ferguson said. “Seeing how people are doing both soccer wise, school wise, emotionally — all those aspects. I mean that’s a huge part for us, and he helps to sense the pulse of the team and make sure that we’re all in sync.”

Although he is the assistant coach, McKersie would like to create a team environment that isn’t always stern.

“There’s a line that I’ve drawn between myself and the players. I think over time I’ve learned that’s not the best way to support players,” McKersie said. “It can help them a lot to have more fun, supportive moments where it’s not all serious and soccer. I think I’ve emerged as someone that can relate to the players more and more because I’ve come to embrace it.”

After a small sample size, Ferguson said that McKersie’s dedication to the team is a strong sign for the future.

“He clearly is extremely invested in both the soccer program and us as people which is huge for us individually and as a team,” he said.

The excellent recruiter wants to build a club culture where players are committed to both the team and their future at the college.

“The recruiting side is so important because we really want to make sure we’re bringing in those people that will push the program,” McKersie said. “Lots of interactions are very detail-oriented —  making sure that it’s guys that are really passionate about what they do and in soccer, but then we want them to be passionate about their career.”

Moving forward in his stint on the men’s soccer team coaching staff, McKersie said he wants to continue to become a better coach in his time as a Lion.

“Empowering them more and more on a day-to-day basis,” McKersie said. “Continuing to grow as a coach that can help support them for who they are individually, as well as really just growing the individual relationships because that’s gonna cultivate a more cohesive culture within the coaching staff and the team.”