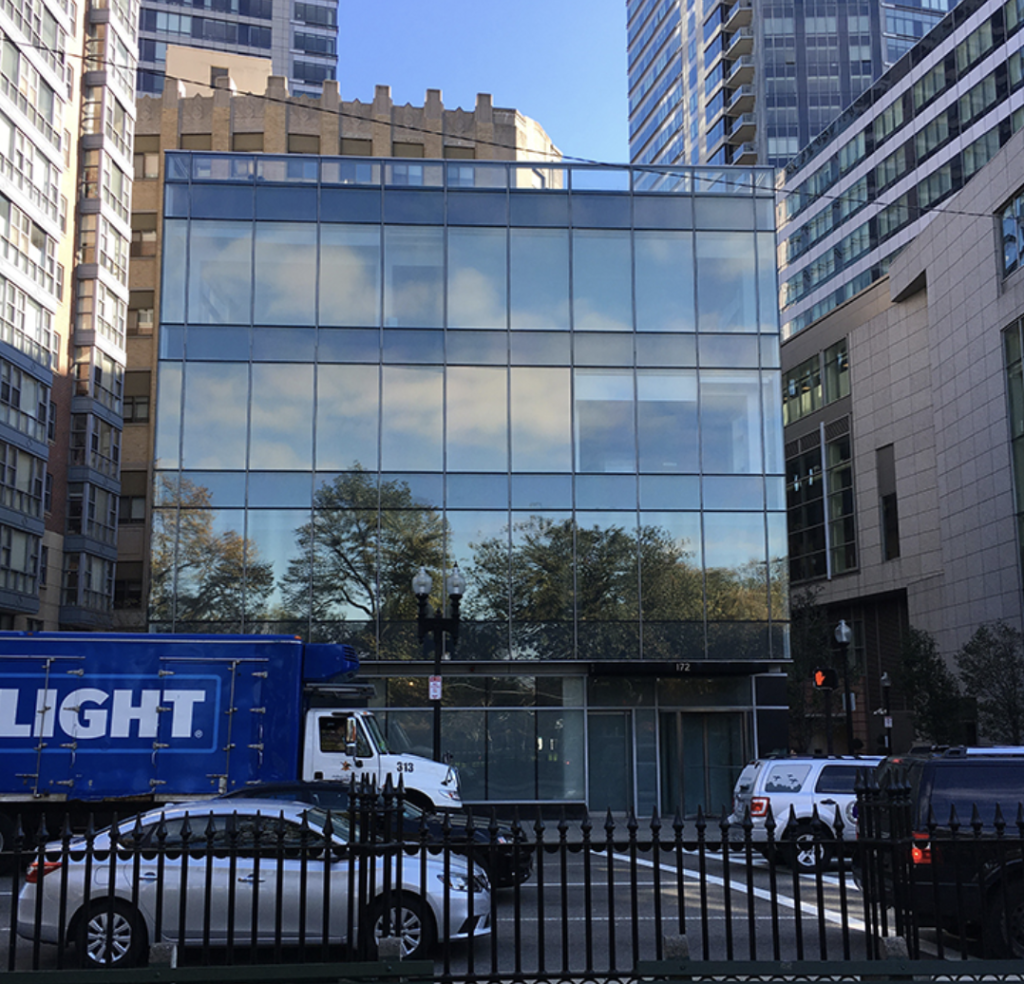 Interior construction on The Commons should begin by the end of the week. LALA THADDEUS / BEACON STAFF

The college bought the property across from Boston Common on 171 Tremont St. for $24 million this week, but plans for the space are still uncertain.

President M. Lee Pelton announced the purchase to the community in an email Wednesday. He said the college acquired the building from Panoramic Properties and plans to renovate the interior over the next nine to 12 months.

“This building came along rather unexpectedly,” said Arthur Mombourquette, senior associate vice president for real estate. “It was a purchase of opportunity for us.”

Mombourquette said the college might redevelop the space—nicknamed “the skinny tower”—in the future. Pelton wrote in the email the building would not be made taller.

“While Emerson had no immediate plans to expand its downtown Boston footprint, the owner’s solicitation of the College to purchase the building provided us with a unique opportunity to meet short-term programmatic needs, while we plan for its long-term strategic uses,” Pelton wrote in the email. “Moreover, the purchase assures that no other future development takes place at this key location, which is footsteps away from other campus buildings.”

171 Tremont is roughly equidistant between the Paramount Center and the Little Building. Mombourquette said its location motivated the college to make the purchase.

“When [the property] became available, we took it seriously, because it’s so [central] to the campus,” he said.

171 Tremont joins the series of spaces in the downtown Boston area acquired by the college in recent years.

The relocated Equipment Distribution Center and the college’s Urban Arts Gallery both opened on Avery Street, which flanks 171 Tremont, last fall. Earlier this year, contractors finished work on both the new Dining Center and the 2 Boylston Place residence hall, which was under construction until 2015.