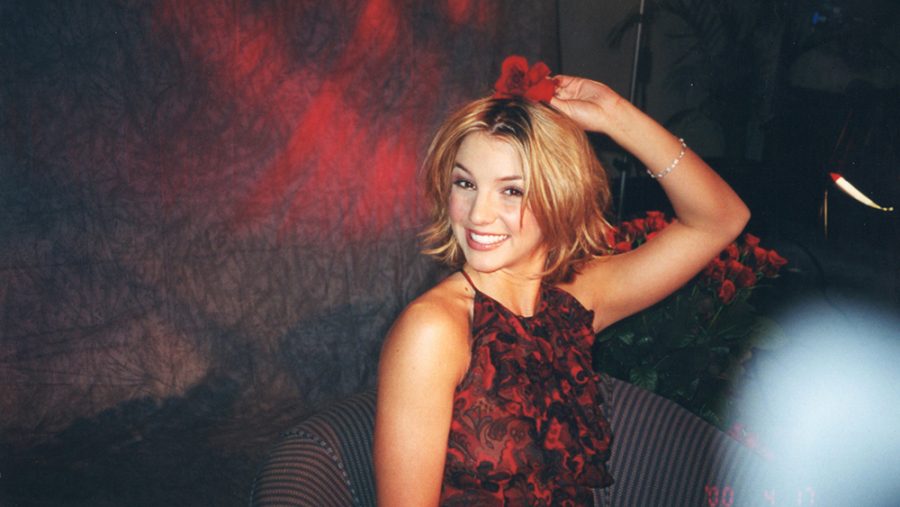 The New York Times’ “Framing Britney Spears” Hulu documentary was released on Feb. 5, of this year, yet Britney Spears has remained in a conservatorship since January 2008. Devoted fans are pushing the #FreeBritney movement more as time goes on, protesting on Britney’s behalf and calling for an end to her controlling father’s conservatorship.

The singer is accredited for her ‘90s and early 2000s revival of teen pop. Fan titled the “Princess of Pop” released her debut album …Baby One More Time on Jan. 12, 1999. The lead single “…Baby One More Time” is one of the best-selling singles of all time, topping a multitude of charts, including the Billboard Hot 100, and even got Spears nominated for a Grammy award.

A conservatorship is when a guardian is legally appointed to manage someone else’s daily life and finances due to age, physical, or mental illness. Spears was placed under her father’s conservatorship after her public struggle with mental health and drug abuse in 2007 and 2008.

Most notably in 2007, Spears shaved her head and hit a paparazzi’s car with an umbrella. Then in 2008, the singer locked herself in her room refusing to give her child to her ex-husband Kevin Federline, and was under the influence of an unknown substance, according to police. She went to a psychiatric hospital under a 5150 hold, which allows 72 hours of involuntary hospitalization for someone with a mental illness.

This was when Britney’s father, Jamie Spears, asked the court for a conservatorship. What was supposed to be temporary conservatorship ended up lasting 13 years.

Although fans have always questioned the necessity of the conservatorship, an episode of the “Britney’s Gram” podcast released a year ago, hosted by Babs Gray and Tess Barker,  confirmed suspicions they’ve had about Britney being powerless in the secretive conservatorship through an anonymous source. The source was a lawyer who worked for the firm that oversees the conservatorship.

Much of the details about the conservatorship are still unknown. However, Britney’s brother Bryan did an interview with Drew Plotkin on “As NOT Seen on TV” on Jul. 23, 2020 speaking about his sister. Bryan made it a point to talk about how even if the conservatorship was necessary at first, Britney wants to get out of it and has wanted to for a while.

Britney’s cousin and former assistant Alli Sims, who was close with the singer during the mid-2000s, came forward in Feb. 2021 after the Hulu documentary’s release. Sims told NBC News in her first interview in over a decade that Jamie threatened to cut off her contact with Britney for expressing her concerns about the conservatorship.

Other celebrities like Paris Hilton, Rose McGowan, and Miley Cyrus, have also shown support for Britney. Many tweeted in response to watching the documentary, and Matilda star Mara Wilson even wrote an opinion piece in the New York Times showing solidarity with Britney as she discusses her “terrifying” treatment and Hollywood’s sexualization of young female celebrities.

With an influx in media attention to Spears again in the past year, her sister Jamie Lynn Spears, the star of hit Nickelodeon show Zoey 101, responded to a fan’s comment on Instagram asking about Britney. When she was asked why she doesn’t speak out about her sister, Jamie Lynn told them they had no right to comment on Britney’s health.

On Feb. 12, Jamie Lynn also posted an Instagram story clarifying that she was not at a #FreeBritney protest held over Zoom after someone impersonated her. She also asked the media to not repeat the mistakes of their past, referring to the overwhelming publicity Britney received.

Even with Jamie Lynn’s occasional ‘nice’ messages about her sister, she’s been met with a lot of skepticism from fans, and rightfully so. Along with her social media comments, Jamie Lynn is being criticized for being the trustee of Britney’s fortune, which she was appointed to in Aug. 2020. Jamie Lynn hasn’t spoken against her father’s conservatorship over her sister while others have, possibly implying that she’s on her father’s side.

This is especially important to point out because Britney is strongly opposed to her father being the sole conservator. The most recent court documents point out Britney’s desire for gradual control over her own life. She would prefer her conservator to be Jodi Montgomery, who replaced Jamie temporarily in Sept. 2019 due to personal health reasons.

Britney’s mom Lynne, who is divorced from Jamie, is on Britney’s side. As per Britney’s request, Lynne recently filed to be part of Britney’s revocable trust. Lynne has always supported Britney and was there for her in the early years of her career, whereas Jamie wasn’t involved until the conservatorship was put in place.

Furthermore, through her lawyer Samuel D. Ingham, Britney expressed how she welcomes support for the #FreeBritney movement. She is on the fans’ side, confirming what they’ve slowly been uncovering.

Though the conservatorship has brought troubles to Britney, it’s important to note that it allowed her to focus on herself and her recovery following her 2008 meltdown. Before making her music comeback, she gained back some custody rights to rebuild her relationship with her sons.

If a conservatorship is in Britney’s best interest for her well being, then that’s fine. It’s her father insisting on being in charge for so many years that raises red flags.

This topic is so important to talk about, because it brings the flaws of a conservatorship to light. How is one person able to have so much control of an adult’s life, especially when that person has put so much hard work into regularly performing shows throughout the last two decades?

The topic has also taken the rose tinted glasses off the outrageous, privacy invading publicity Britney received in the 2000s.

The media coverage of the #FreeBritney movement is in stark contrast to the paparazzi photos and celebrity gossip tabloids that painted Britney in a negative light in the 2000s, which is highlighted in the Hulu documentary.

The reason behind Britney’s public breakdown was her divorce in 2007 from husband Kevin Federline, which prompted a custody battle for their two sons. Britney also checked herself into treatment facilities on multiple occasions.

Since Britney was such a beloved pop star, paparazzi followed her everywhere, waiting to see what big mistake she would make next. For people who exploited and took advantage of Spears for profit, the paparazzi involved recently made a bold statement about how they have no regrets.

The paparazzi were relentless. In one instance, they took pictures of Britney from outside a restaurant, violating her privacy. She was holding her baby on her lap and crying, while the paparazzi refused to leave.

This goes into a bigger problem within the entertainment industry and the exploitation of stars, especially women who are often ridiculed while the men are praised.

These paparazzi highlight one harmful aspect of unethical tabloid journalism. There is no valid excuse for the dehumanizing efforts they took to bring Britney down.

Arriving back to Britney’s conservatorship, there is another player that wasn’t mentioned by the Hulu documentary. Lou Taylor, who previously served as Britney’s business manager for more than a decade, was the mastermind behind the conservatorship. In Lynne’s book, Through the Storm, she noted how Lou and Jamie planned for the conservatorship weeks ahead of time.

Taylor is known for being very religious as she is married to Robert Taylor, a pastor at Calvary Chapel, an Evangelical anti-LGBTQ+ church. In 2007, Britney allegedly called Taylor a “crazy lady” and a “stalker” in an email to her lawyer, though the email’s validity has not been confirmed. Still, Taylor was able to win Jamie over and made TV appearances as the family’s public spokesperson during Britney’s public breakdown in 2008.

Taylor also tried placing Lindsay Lohan and Courtney Love into conservatorships, though ultimately did not. A Twitter thread by the user @BritneyHiatus compiled many sources pertaining to Lou Taylor’s involvement in the conservatorship.

Suspicions have also been raised about Jamie and Taylor’s monetary gain from Britney’s conservatorship. Taylor’s assets doubled once the conservatorship began. Mercy Ministries, where Taylor sat on the board, got $50,000 from the Britney Spears Foundation charity when it was bankrupted in 2009.

Though Lou Taylor isn’t a part of Spears’ conservatorship anymore, she is not talked about nearly enough in the media considering she came up with the whole conservatorship idea for Britney.

Britney currently has a big presence on social media herself, posting regularly to Instagram and Tik Tok. Fans, like the “Britney’s Gram” podcast, analyze what she posts, commenting to wear certain things, among others, to signal that she needs help. They believe she leaves secret messages in her pictures and videos, like wearing a certain color upon a comment’s request.

Though this is concerning to many, Britney’s social media manager Cassie Petrey took to her Instagram Feb. 2 to clear the air. She pointed out that Britney creates her own post and caption ideas. Even though she appreciates Britney’s fanbase, Petrey noted how these are “inaccurate theories,” saying there aren’t any secrets going on.

Petrey urged fans to stop making assumptions with no facts to back it up. She pointed out multiple times in her long worded post that Britney has fun creating posts.

Fans may not know for certain what is going on behind the scenes, but it can be noted that Britney’s posts, as well as performances, seem to be an outlet for her. During such a hard time in her life, this can be very important to her, especially in the way of feeling some kind of normalcy.

Although respecting a celebrity’s privacy is important, especially considering the media harassment Britney went through, the Free Britney movement must continue to be discussed. Seeing social media being used for good now in Britney’s case is an interesting, yet welcoming contrast from the early 2000s.

Luckily, Jamie was denied the sole conservator position on Feb. 11, with the court allowing Bessemer’s Trust to continue to be a co-conservator. Britney’s next hearing is scheduled for Mar. 17.