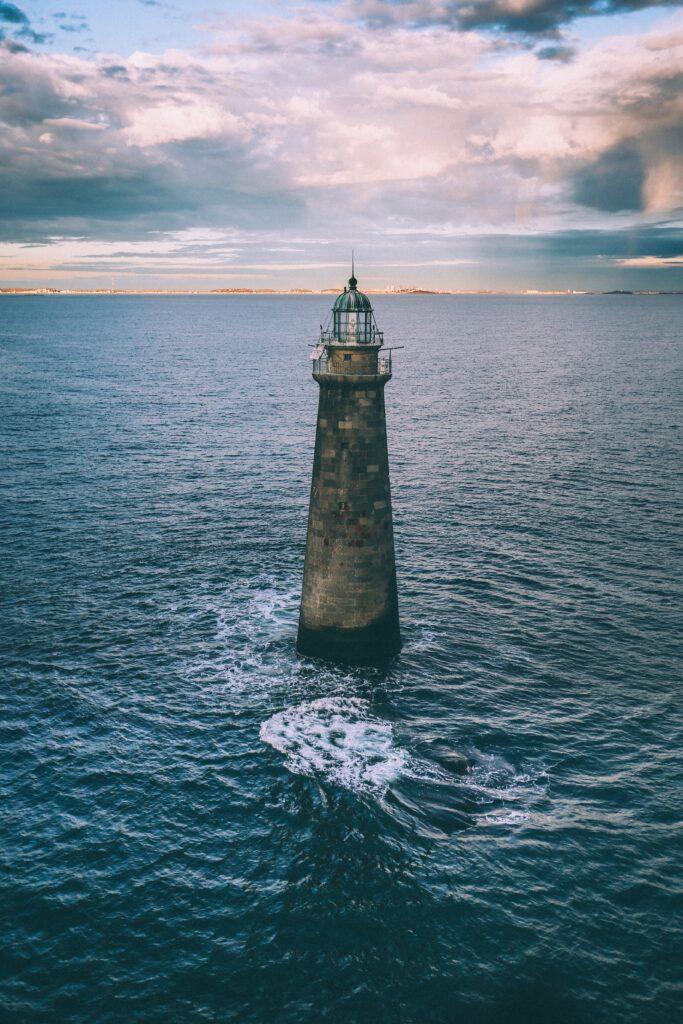 In a doorless helicopter, fixed into nothing but a tiny harness, coasting far above miles and miles of blue sea—that is the moment Nick Vigue felt sheer exhilaration.

For these four Emerson students, pure “bliss” is thousands of feet in the air.

These four—who call themselves Bushell Film—shot the sunrise at various locations in the Boston area from inside a Tuckamore Aviation helicopter, and edited their experience into a two-minute video.

Breathe, similarly to Bliss, captures Boston aerially, but this time at sunset and in the city. It currently has just over 59,000 views on the video-sharing website Vimeo, and has been featured on boston.com and in Boston Magazine.

“The reason Breathe did so well was that there was nothing like it at that point,” Vigue said. “Since then you can get a good amount of aerials of Boston. That’s why Bliss was supposed to be something we’ve never seen before. And that’s why we were led to the Boston harbor.”

Once Breathe went viral, they wanted all of their work to get such a positive response, and they started pushing for more media coverage to get as many eyes on their videos as possible.

“We were trying to incorporate the coastline and idea of it being fall into a film,” Vigue said, “And then the foliage came in, and it eventually turned into Bliss.”

Bushell Film partnered with Tuckamore Aviation, a Norwood-based helicopter tour company that previously collaborated with the four on Breathe. Kines had stumbled across the company through an extensive internet search, and from thereon they paired in what Vigue described as a “mutually beneficial” collaboration to bring exposure to all involved.

Together they had to plan an air-travel route both invigorating yet realistic, and troubleshoot to transport their equipment on-and-off the helicopter.

According to Bushell, Tuckamore Aviation tested its limits as to what its helicopters could do. In fact, one of the first shots resulted from circling a fishing boat just 20-30 feet above the water, just so Vigue could get the best angle.

They visited lighthouses spanning from the Boston Light to Minots Ledge Light to Graves Light, all down the Boston Harbor.

“These lighthouses have hundreds of years of stories, and it’s amazing getting to see and to learn that,” Rosende said.

Paired with the video is behind-the-scenes footage of the preparations for the trip.

Filming the behind-the-scenes footage, though, was an entirely different experience according to Vigue. Between juggling the hectic planning for the helicopter trip, the group had to record, using separate equipment, the days leading up to the trip itself.

While recording Bliss, each member brought their own equipment on the helicopter. Bushell reported that there were six photo-and-video devices, three stabilization and four video rigs, devices to steady cameras for handheld usage.

Bliss was recorded entirely in 4K, a high-definition resolution known for its lifelike qualities.

“Overall it’s actually a smooth process,” Rosende said, “And I think that’s why we keep working together. We know that we can collaborate well and put out cool content.”

They believe releasing short films like Breathe and Bliss have forced them outside their comfort zone. However, they agreed that doing so has opened doors in their field they don’t think could have been possible otherwise.

After Breathe went viral, Bushell said that the producers of the upcoming movie Patriots Day reached out to Bushell Film to use some of their aerial footage. Other than simply bringing in business for the four, they were even sought out by professionals in the field, asking for connections with Tuckamore Aviation and advice for shooting footage with specific equipment.

“Just because you’re a college student doesn’t mean you can’t do professional work,” Vigue says, “If you just step outside your comfort zone and get yourself out there, then you can slip in and start getting gigs and actually start working in the market. It actually adds to your education in a way that’s probably more important than most classes.”

So what’s the future look like for Bushell Film?

Next semester the group plans on releasing a big time-lapse video of Boston. Bushell describes it as a “last farewell” to the city they have lived in the past few years.

But Rosende made sure to add, “Maybe. There’s still so much time.”