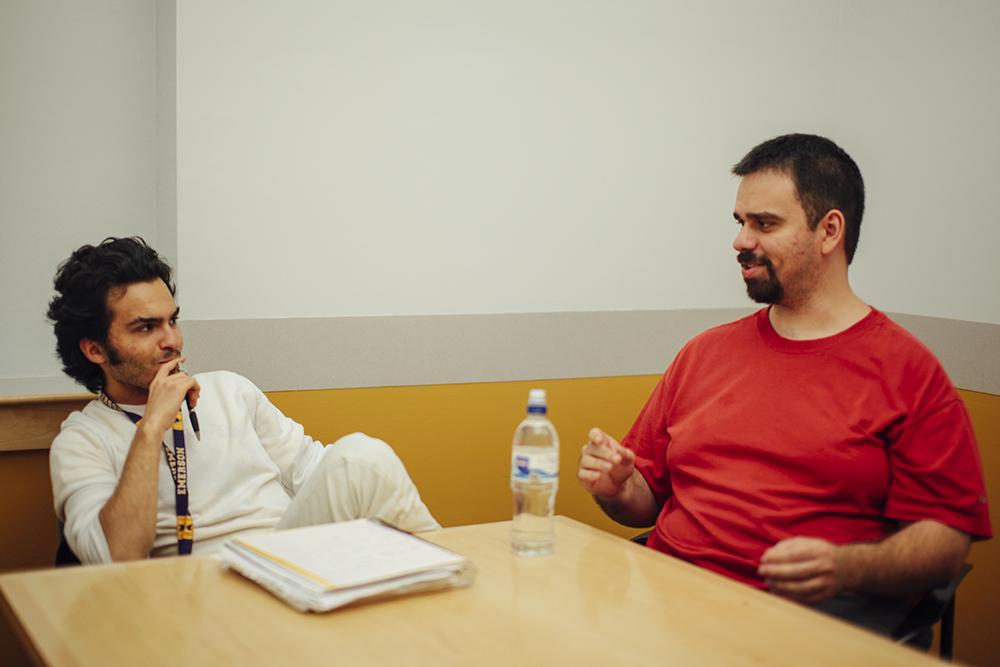 Last Wednesday, in the depths of Piano Row, a discussion of life after death was taking place. Conversation regarding culture and beliefs can be found at the weekly FreeThinkers Society meetings.

The group was started by sophomore Andrew Manuzca this semester. He said it’s an important new forum because it provides a space for members to discuss big questions — like religion and faith — that they feel shouldn’t be overlooked, even though many people might find them uncomfortable.

“It’s a chance to engage in different philosophies,” said Manuzca, a political communication major, “and learn from different cultures and beliefs.”

Debates and discussions are central components of the club’s meetings. Each week, members will have a different theme for exploration, said Manuzca. Last week’s theme was the existence—or lack ­of—the divine, supernatural, and spiritual. Everyone at the meetings gets a chance to speak about the topic, uninterrupted, for about five minutes.

“[It’s] a great place to share our true thoughts without feeling fear or pressure,” said Danny Beals, a junior visual and media arts major. “This is why I feel this society is so important to this campus.”

Manuzca, who acts as the moderator for the group discussions, said it is essential for people to speak their entire thoughts, without disruption, so their ideas have time to become fully developed.

Junior Cheyenne Capri said this approach was appealing to her.

“I enjoy the FreeThinkers group because it helps people create a more solid opinion whilst understanding others’ views,” said Capri, a visual and media arts major.

The club currently has over 50 members, and sees around 10 per meeting, Manzuca said.

It was originally called the Atheist Club, but Manuzca said members decided to change its name to broaden its appeal and increase membership. Having members who are both religious and nonreligious, Manuzca said, will enhance the conversations held at club meetings.

“The reason we changed it to Free Thinkers [is] we don’t just want non-believers to go­­—it’s open for religious people as well,” he said. “We want religious people there to defend their beliefs.”

The controversial topics that the club broaches have the potential to lead to heated arguments among members, Manuzca said, though none have happened yet.

“This group has such a different way of debating where the people listen and learn from each other,” Beals said, “and at the same time teach things that are relevant to us all.”

The club is thinking about hosting events and guest lecturers, according to Manuzca, and plans to start volunteer projects to give back to the Emerson and Boston communities.

The meetings are held on Wednesday evenings, and students are welcome to just sit and listen during the meetings. Manuzca said that participation is encouraged, but not required.

“They are conversations that need to be had,” Manuzca said. “Nothing is silent.”