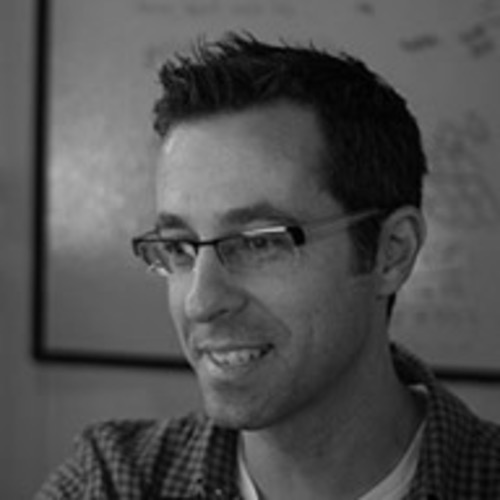 Eric Gordon, executive director of the Engagement Lab and professor

The initiative aims to ensure that future generations of media will tell the stories of those affected by gun violence truthfully and respectfully. It will work to educate students on the ways that their storytelling modes can impact the narrative on gun violence as a whole.

Thursday’s event will introduce the initiative and the topic it will seek to teach in the next three years.

The initiative will be offering eye-opening and hands-on courses across various subjects such as visual media arts, theater, and eventually more, to teach students about the true impacts of gun violence, and the ways they can work toward in their future careers.

The first two classes being offered in the initiative are “Partnered Studio: Transforming Narratives of Gun Violence in Boston” and “Topics in Contemporary Theatre: Adaptations: Performing Solutions: A Dramatic Approach to Gun Violence Prevention.”

“As a media institution with a strength in media and storytelling, [Emerson] is really well positioned to have a positive and demonstrable impact on the issue of gun violence,” said Eric Gordon, executive director of Engagement Lab and professor within the initiative.

More often than not, gun violence is covered as an attention grabber rather than a fatal flaw of our country which takes the lives of thousands, which will be emphasized in the courses, those involved in the initiative said. In today’s climate where mass shootings like Tuesday’s at Oxford High School in Michigan seem to occur daily and have become normalized, it is crucial to take a step back and truly examine the way gun violence is viewed in the media, they said.

“There’s a mantra in the news business called ‘if it bleeds, it leads,’” said Theodore Life, senior distinguished director-in-residence and another professor within the initiative. “What ends up happening with the reporting of gun violence is that we’re only focusing on the horrific part of it. The issues that surround gun violence are far more personal.”

Life said this coverage is harmful not only to audiences, but also to the individual lives dealing with these tragedies long after the cameras cut.

“When the news moves on to the next ambulance to chance, the people who were involved in the story that we all heard about for shock value are left behind,” Life said. “The narrative that needs to be told is what happens to people’s lives because of this.”

Gordon echoed Life’s sentiment, revealing that the important narrative comes with those that the victims of gun violence leave behind.

“Narratives should be tied to why people pick up guns, what it actually takes to heal once the gun has gone off,” Gordon said. “The story often ends with the body lying on the ground, but nobody talks about what happens then. There are these ripple effects in people’s lives that go well beyond the individual victim. That’s a story that just doesn’t get told.”

The goal of this initiative is to teach the future generations of storytellers how to address the issue of gun violence in a way that not only honors those affected today, but prevents more from being affected tomorrow. As a college dedicated to communications and the arts, Gordon said there is no better place than Emerson to address this issue.

“Gun violence plagues Boston like it plagues every other American city,” he said. “As an institution with a strength in media and storytelling, we are really well positioned to have positive and demonstrable impacts on the issue of gun violence. The idea that we can concentrate our superpowers and strategically align them with other institutions and organizations that are working for change is really exciting to me.”

While there are big hopes for the possibilities of this initiative, there is also a lack of personal experience and connection within it. As a means of remedying that, the initiative is centered around amplifying the voices of those who have firsthand experience with the tragedy of gun violence as they work with Emerson students.

“The way that we are approaching this is through a message of co-design, meaning that our Emerson students who may not have direct experience with gun violence in their lives or families are going to be working with people who do,” Gordon said. “Within each of our studios, we’ll be partnering with people who are family members of the deceased and working with them to tell stories.”

“It’s not us telling stories as Emerson students and faculty members, but it’s actually us using our creative lenses and talents to collaborate with people who are truly experts in the subject matter,” he continued.

Gordon and Life are working together to teach the visual media arts course, and are looking forward to creating material as they go based on the needs of those involved. They said they are excited to learn from those closest to the issue of gun violence and address their needs with creativity and compassion as the course develops.

While the courses offered this upcoming semester are limited to the theater and VMA departments, the initiative is looking to expand into other areas of study in the near future. Life encouraged students to be on the lookout for these courses, and to learn all they can about the issues addressed during this initiative.

“Students who take this class are really the ones creating it,” Life said. “I think it’s an exciting thing to get involved in. You have a chance now to make a difference not only for the people we’re going to be working with, but also for Emerson College and what it stands for in the city of Boston. We say a lot of things at Emerson that we’re about, but this is our chance to not just talk it, but walk it—to make a difference and let people know why Emerson is what it is.”