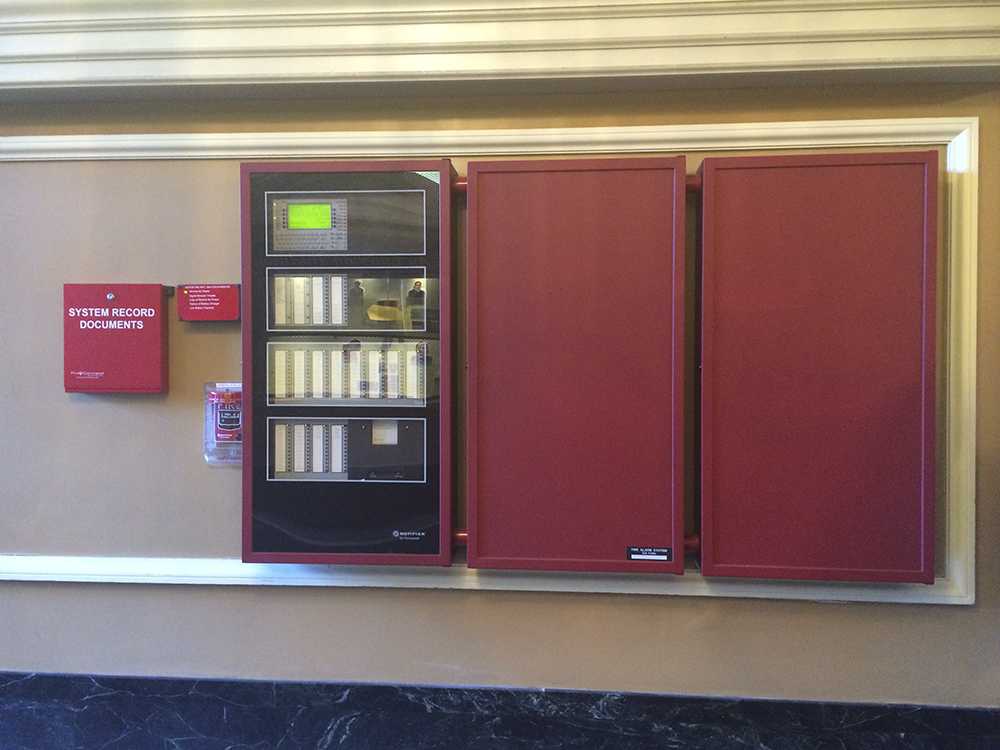 Students may have noticed fewer evacuations from the Little Building after the building’s fire alarm system was updated over the summer.

The new system, called NOTIFIER by Honeywell, is fully addressable, meaning the devices can be monitored individually, making it easier for maintenance on the system, according to Jay Phillips, associate vice president for facilities and campus services.

While the Little Building’s former fire alarm system was compliant with code, it wasn’t efficient, said Phillips. With the previous system, if one alarm went off, the entire building would be evacuated.

The Little Building has a high occupancy with 748 residents, the dining hall, and the fitness center, Phillips said, and there could be as many as 900 or more people in the building at any given time. This was a problem when the old system would force the entire building to evacuate.

“When you dump that many people, all at the same time, onto the streets of one of the busiest corners in Boston, it becomes logistically challenging,” said Phillips.

Emerson’s solution was this new system: the floor on which the alarm sounds and its two neighboring floors will be evacuated until the situation is addressed by administrators, Phillips said.

“It’s a much more stable and predictable system,” said Phillips.

So far this year the alarms have only been triggered once, and only the basement and the first floor of the building were evacuated, said Phillips. In past years, the entire building was evacuated due to alarms three to four times a year.

The project was done under Emerson’s renewal investment program, which prioritizes facilities on campus that need to be updated, including the fire alarm systems, window replacements, and roof repairs. The program is funded by an operating budget of the school, and Phillips said that Facilities and Campus Services does not disclose project cost information.

Phillips said that the sprinkler system, which is separate from the alarms, was also updated this summer. The sprinklers, which formerly were visible on ceilings, were sensitive to touch and were known to go off after accidents.

“There were people sleeping in my common room because their suite was flooded,” said sophomore journalism major April Newell of a particular incident in which sprinklers flooded several suites on the north end of the Little Building.

Now, sprinklers have been recessed into the ceilings. The cap that protects them falls open when subjected to high temperatures, according to Phillips.

The renovations took place over the summer, starting when the students moved out after the spring semester and ending in August.

“It makes me feel pretty good that they have new fire alarms and that they care about our safety,” said Kelly Hills, a freshman visual and media arts student.

The Little Building update is among the beginning stages of the standardization of fire alarm systems on campus. Last year the Ansin Building was updated, and the Tufte Center will be updated in the next year, according to Phillips.

“These life safety enhancements that we do always rise to the surface of the projects we want to address first because of the safety of our student population,” Phillips said.