New prison is a step in the wrong direction 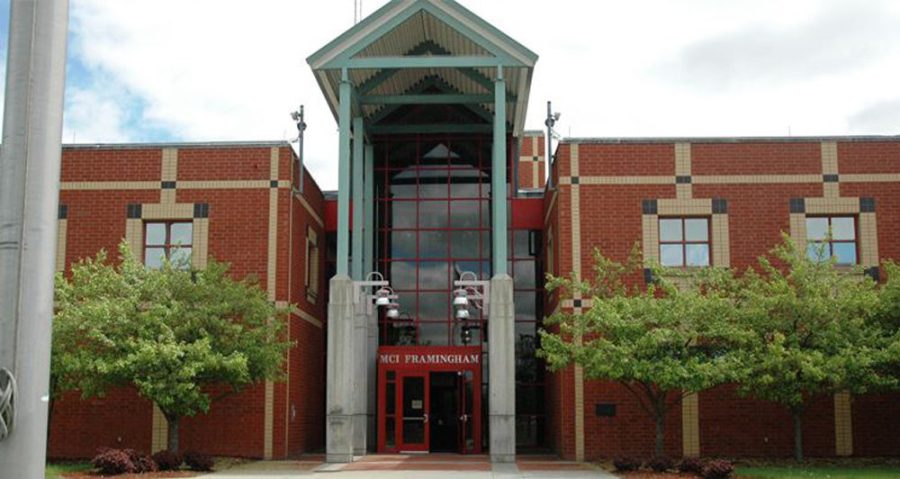 MCI-Framingham, built in 1877, is one of the oldest women’s state prisons in the U.S. Needless to say, the facility is in need of structural repair, or in this case, a replacement. Massachusetts intends to do so with a $50 million Correctional Center at Norfolk’s Bay State.

But, upon further investigation, it becomes clear that this money would be better spent on social services, including counseling and care for children in neglectful or abusive situations, food and housing subsidies, healthcare plans, job training, adoption/foster care services, and more. All of these programs have been proven to serve as effective methods of crime reduction.

The Sentencing Project, a ​​research and advocacy center working for decarceration, strongly supports redirecting funds towards education at an elementary and secondary level as crime prevention.

This is because the criminal justice is an unequal system divided in almost all departments, the main one being socio-economic conditions.

Federal data from the U.S. Commission of Civil Rights suggests that incarcerated women are usually low-income before their convictions and normally charged with nonviolent drug or property crimes. Moreover, most of these women have experienced physical or sexual violence. This is not surprising, since many Massachusetts women who cannot make bail are sent to prison for not having enough money for a trial.

Moreover, keeping women in prison is incredibly costly for state departments as well. In Massachusetts alone, according to the Department of Correction, it costs more than $117,000 a year for each individual woman incarcerated at Framingham. It’s not very smart to invest more money in a system that doesn’t reduce incarceration rates and costs these facilities so much money.

Money that could be cut and redistributed towards housing, childcare, and practical assistance outside a correctional facility. Money that in the case of Framingham could be cut by a quarter of its original sum if invested in women’s health, education, and community outreach projects, which seems like a much better way to provide an environment of wellbeing that leads to crime reduction. In a state with an already low female incarceration rate, the main goal should be to keep it that way, not to build new prisons.

The initiation of this project didn’t sit well with some lawmakers who believed this money should be spent differently. Senators like Jo Comerford are doing what they can to slow down the construction process with a bill that, if passed, would halt the progress towards the potential construction of the new women’s prison in Norfolk for up to five years.

Comerford told the State Administration and Regulatory Oversight Committee that because of the aforementioned inequalities in the criminal justice system we should look for several alternatives to spending state funds. Some of the alternatives he suggested were investing in organizations that support individuals recently released from prison, creating more affordable housing, increasing food access, and expanding job training.

I have to say that I agree with Comerford, the construction of a new prison is unsustainable and counterproductive. To use the unwell state of the Framingham facility as an opening to create an entirely new facility defeats the purpose of ‘crime prevention.’ It instead closes the door for outreach projects and opens the door for higher incarceration rates.

Not to mention that because Massachusetts has the lowest incarceration populations for women in the country, now holding a population of less than 200 women, they should be encouraged to invest in alternatives to prison. Instead, the state is barreling ahead with the proposal to build a new facility that will disproportionately affect low-income women.

It’s clear that this large sum of $50 million for a new prison can be reallocated to communities; small sums of which can be used for repairs to the prison instead of an expansion.

Another reason for this expansion, according to the Department of Correction in Massachusetts, is to construct a facility to assist  in “trauma-induced care,” which could not be more of an oxymoron. Prisons are made to traumatize inmates — their mere existence is supposed to scare citizens into not committing crimes.

Prisons are made to be terrible, there is no real way around that. A facility in which you have no privacy and minimal contact with the outside world or any of your private possessions already sounds like a nightmare. Add in all the terrible things that come with creating these hostile environments such as interpersonal violence, police brutality, and a lack of proper health care, prisons can’t care for traumatized prisoners if they contribute and/or cause this trauma.

Understandably, this initiative has been dubbed impossible by many activist organizations, such as the National Council for Incarcerated and Formerly Incarcerated Women and Girls.

Andrea James, the organization’s director, is speaking from personal experience, seeing as she served a federal prison sentence.

On Sept. 10, during a march from Worcester City Hall to the Worcester County Jail & House of Correction in West Boylston, James told The State House News Service that, “It’s the culture of incarceration that causes further harm and does not change, regardless of the jail or prison.”

James went on to say, “We know the conditions in Massachusetts prisons are toxic and inhumane because our loved ones lived in them and we have lived in them.”

Susan Sered, a professor of sociology and criminal justice at Suffolk University, also spoke out on the issue at WBUR News, stating that “I don’t think that a prison is a place that anybody is going to heal from trauma. Prison in and of itself is traumatizing.”

It doesn’t matter how you paint it, prison is prison. Inmates are cut off from the outside world, forced to live amongt strangers in unfathomable conditions. Not to mention that once they are released, they are expected to make a living once again, while being treated as second-class citizens.

Looking from the outside in, it might seem like a good idea to invest in a new and improved facility, but it strays away from what should be the main goal — reducing incarceration rates. This can only happen if we address the issues that lead to committing a crime, not building more and more facilities to lock people up. Especially when that money can, and should, be reallocated to much-needed community social services.