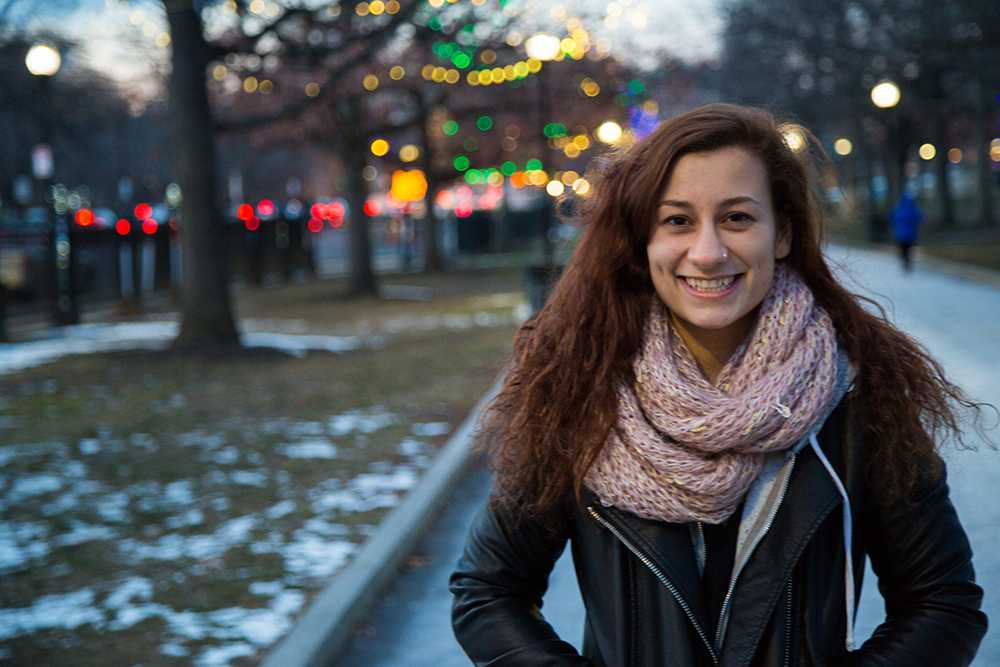 Emerson is the second college to adopt SafeHalo, a student-run walking escort program.

“SafeHalo is the buddy system on demand, by students for students,” said Teresa Powers, a junior communication studies major and university organizer for SafeHalo, a student-run escort program.

Every Saturday night from 9:30 p.m. to 1:30 a.m., a student escort, called a Halo, can be requested via text to walk students to and from campus. The organizers hope to expand from the one-night-a-week pilot program to five nights next semester, Powers said.

When a student texts the SafeHalo number, they get an immediate response, said Piper Clark, a co-organizer and senior communications major. Students using the service receive text updates and a physical description of the two Halos who will escort them.

“[ECPD] has no official position regarding the SafeHalo service,” Deputy Chief Eric Schiazza wrote in an email to the Beacon.

With a larger range than the ECPD, a Halo can walk students from Chinatown to Downtown Crossing all the way to Beacon Hill, Clark said.

“We don’t ever want to turn people away. We want to figure out a way to help them as best as we can,” Clark said.

“We were a little worried that no one was going to use it,” Powers said. “But the most important part is that we’re there with people who want to make a difference.”

Powers and Clark organized the program with Megan Jensen, a senior writing, literature and publishing major.

Daniel Reji, CEO and founder of SafeHalo, started the organization at Rutgers University—New Brunswick last spring. Reji said Emerson is the perfect second school to see how the program works on a non-traditional city campus rather than in a college town.

“Piper, Megan, and Teresa are probably the three best human beings we could have found to run something like this,” Reji said of Emerson’s SafeHalo organizers.

Reji said he had the idea for SafeHalo in 2015 when he had to propose a solution to a campus problem for class. The concept didn’t become a reality until a year later, he said, after a Rutgers student was sexually assaulted while walking home alone from the school library. Following the incident, Reji said, he began developing the program to stop these crimes on the student level.

The University of Oregon will be the third school with SafeHalo starting fall 2017, Reji said.

Last semester, the three university organizers created the Emerson Buddy System Facebook group for students to post their location and request an escort based on the SafeHalo system.

“Sometimes there’s stigma around asking for help,” she said. “With SafeHalo, you don’t have to advertise it, and we aren’t going to judge you for it.”

Hannah Zack, a senior political communication major, had Halos walk her from the Colonial Building residence hall to a friend’s apartment near the Arlington train stop.

“In my past three and a half years at Emerson, I would have used this so often,” Zack said. “You really do feel safe with these people.”