New VP of Finance to head talks about fate of Marlboro campus, finances 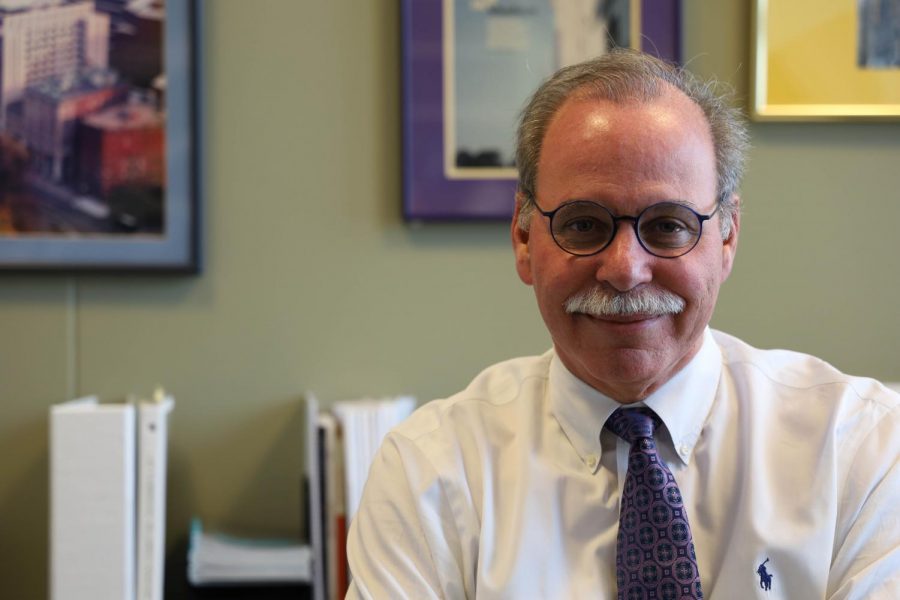 Dworkis said he aims to maintain Emerson’s financial trajectory and steer clear of some of the problems other New England liberal arts schools have faced in recent years.

Paul Dworkis officially joined the president’s office on the 10th floor of the Ansin Building for the first time on December 2, three months after being hired as the Chief Financial Officer of the college and given the title of Vice President of Administration and Finance.

Dworkis will manage the college’s finances, facilities, construction, human resources, and real estate departments. He takes over for interim Vice President of Administration and Finance Phillip Shapiro, who was appointed to the position after former Chief Financial Officer Maureen Murphy stepped down last fall to focus on receiving treatment for ovarian cancer. Murphy died in December 2018.

“My attraction to Emerson is that it is a great school,” Dworkis said in an interview. “Even a very brief review of Emerson said to me, ‘This is a terrific place, and I’d be glad to be here.’”

“I’d like to make sure that we continue to grow our finances and our financial strength,” Dworkis said. “I think there’s all kinds of trends in higher education that we have to be aware of, and that my job is to really help advise the president, the council, and the college at large on issues that keep us in a very strong and healthy position for years to come.”

He will head the financial and campus-focused working groups on the college’s potential merger with Marlboro College. He said a main concern of his is the transition for students from rural Vermont to the urban Boston environment.

“A challenge for the Marlboro community will be in making the transition to Emerson’s campus,” Dworkis said.  “Moving from rural Vermont to downtown Boston will be a big change for students, and I think we need to do everything we can to make that transition go really well and be as welcoming as we can. On the finance side, this is an operational challenge that we will need to meet.”

Dworkis’ experience, personality, and background in the media world appealed to the committee early on in the hiring process, Ruthanne Madsen, vice president of enrollment management and member of the search committee responsible for his hiring, said in an interview. The committee met with several candidates before Dworkis, but Madsen said none of them appeared to fit Emerson as well as he did.

“He’s very approachable, very knowledgeable, and has a lot of good experience that matches well with what we teach here,” Madsen said. “He’s not just an administrator working in finance, he has knowledge of the industry. I think that will help when he’s trying to relate to students.”

Before coming to Emerson, Dworkis served as the chief financial officer at the University of Maryland for five years. His career also includes over 25 years of working in finance with companies such as Newsweek and Time Inc. Regardless of the potential job opportunities, he said he and his wife chose to move up to Massachusetts to be closer to one of their daughters, who lives in Cape Cod.

“I was not looking for a job. I had a terrific position at the University of Maryland and was very happy there,” Dworkis said. “We intended to move to Massachusetts and probably buy a home near where our daughter is.”

At a small private institution, Dworkis’ position will differ slightly from his time at a large state university in Maryland. Since Emerson is not a state-sponsored school, the transition means he will no longer have past responsibilities that involved government agencies and offices that were present at Maryland.

Madsen said the experience working in an urban environment contributed heavily to Dworkis’ hiring. Dworkis said he is proud of his time with Maryland and the impact he left on the financial state of the institution.

“It was a great opportunity to help reinvent finance at a big state institution,” Dworkis said. “I think I made a tremendous amount of impact on the way finances run [at Maryland]. It was really a terrific six-and-a-half years.”

A Brooklyn,  native, Dworkis said he is already familiar with Boston and Massachusetts after visiting over the years for work and to see his daughter. Although he grew up a fan of the Yankees and Giants, Dworkis said he loves Boston as a city and would consider rooting for their sports teams if they aren’t playing their rivals in New York.

A baseball, football, and basketball fan throughout his life, Dworkis enjoys listening to games on the radio and fencing with his wife as a hobby. He described his time on Emerson’s campus so far as exciting.

“Everybody up here has been great to work with, and this really looks like a fantastic organization here in the President’s office and broader with the other vice president council members that I’ve met,” Dworkis said. “I think everybody is really focused on excellence here, and it’s great to have an aligned team like that to work with.”