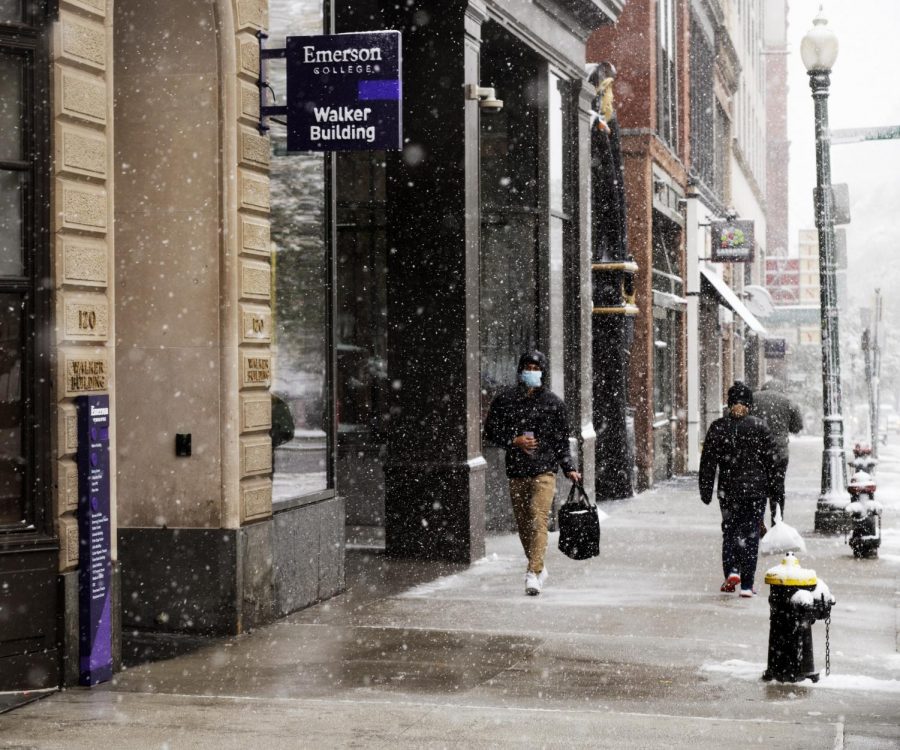 Emerson’s first winter term earned praise from students and faculty alike, who shared positive experiences about the accelerated classes that spanned the course of winter break.

The college offered 36 winter courses that met online for three-hour daily sessions for four weeks, from Dec. 10 to Jan. 8, excluding Christmas Eve, Christmas Day, New Year’s Eve, and New Year’s Day. The winter courses—which 211 students enrolled in—were created as a way for students to earn 4 or 8 credits to catch up or progress in completing their degree.

First-year Qingshi Meng said he fared well with adjusting to attending classes during a time where they usually would be out of session, but said he had to be diliigent to complete all his coursework.

“I took Latin American Poetry and Fiction, and I went into this course knowing absolutely nothing about Latin American poetry,” Meng said. “But, you know, why not give it a try? It’s a 200-level course, which I thought would be super hard, but it’s actually okay as long as I do the readings and pay attention in class.”

Junior Julia Burns, who enrolled in Topics in Great Works of Journalism: Criminal Justice and the Media during the winter term, said she had a positive experience with the new format.

“I really enjoyed my winter course,” Burns said. “I most enjoyed the flexibility of it so that I could learn at my own pace while still being able to work and do other things, especially over the holidays.”

Faculty also expressed contentment with the term, saying they enjoyed teaching during a time where there wasn’t much else to do.

“Once I got into it, I enjoyed it,” Business of Creative Enterprises professor Stanley Miller said. “I’m the kind of person who likes a schedule. Had I not been teaching the course, I would have been kind of just lazing around, especially in these current circumstances where you just can’t go do things.”

The courses offered for the winter term were designed to be accelerated courses; the workload was similar to that of a normal semester, but adjusted to be taught in one fourth of the time. Faculty members, such as Writing, Literature, and Publishing Professor Ben Brooks, were challenged to develop a course that would be as substantive as those in a normal semester but could be taught at a faster pace.

Brooks said he thought about what subject could be taught in a month and landed on a course focusing on Raymond Carver, an American short story writer and poet. Brooks designed his course around Carver’s short stories, which his students read all of by the end of the course.

“I just felt like there’s no way I could make a meaningful general literature course in a month’s time,” he said. “A writing course, which is the main thing I teach, didn’t make sense to me to try to do that in a month either. I’m happy with my subject, I’m happy with the way it’s worked out.”

Professor Mark Chimsky said the students in his Special Topics: The Book Proposal course were dedicated to doing their best work.

“I was pleased to see the students’ response to this new course,” Chimsky said. “The students had a variety of reasons for taking the course—some wanted to be literary agents or editors and others were writers who wanted to learn how to create a salable book proposal. Overall, I was impressed by their commitment to learning and doing their best work and the way they gave each other constructive feedback, always being respectful and supportive.”

These professors and students said they would partake in a winter term again if the college offered it. However, Professor Marsha Della-Giustina, who taught Topics in Great Works of Journalism: Criminal Justice and the Media, said she wished there had been more of a break in between the fall and winter terms.

“Fall courses ended Dec. 8 and the winter term ones started the next day, on Dec. 10,” Della-Giustina said. “There was no time for the students nor myself to take a quick breather. [Going forward], I would ask the administration to start a week after fall classes end and to allow us to use weekends for Zoom meetings, especially for guest speakers. The rest worked very well.”