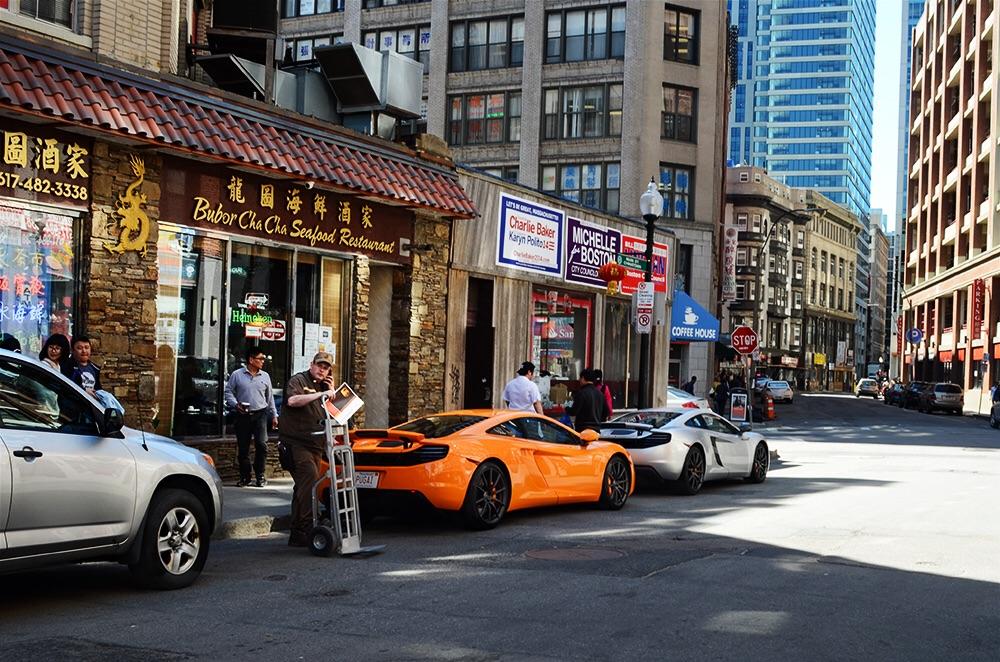 As students begin the annual housing search, the Beacon will feature a different Boston-area neighborhood each week—complete with pros and cons, nightlife prospects, and advice from current residents. Previous installments include Allston, Beacon Hill, and Fenway-Kenmore.

In downtown Boston, entertainment is always a short walk away. The area is known not only for its commerce but also for places where people can explore, shop, and relax.

“Living [downtown] is so convenient: everything is here and there’s stuff to do and places to go to, like bars and restaurants,” said Xixi Ling, a senior marketing communication major who lives a few minutes’ walk away from Emerson’s campus.

Downtown Boston and Chinatown include landmarks like City Hall, Boston Common, and the Boston Public Garden. The sector acts as the business hub and headquarters for the majority of the city’s government facilities, tourist attractions, and potential residences. In Chinatown, where business and commerce centers are also located, foods trucks providing Chinese, Japanese, and Thai cuisine frequent the area. The neighborhoods are also accessible by any subway line.

“My building is right next to campus, so I can’t stress how convenient it is to live off-campus and still be 30 seconds from class,” said Adrian Plotnicoff, a senior marketing communication major who rents a studio in 62 Boylston, an apartment building across the street from the Little Building.

Madeleine Tudor, a junior visual and media arts major, said downtown’s proximity to Emerson can sometimes be a disadvantage.

“It’s hard to escape campus life when you live [downtown],” said Tudor, who lives on Boylston Street about a block away from Emerson. “You are really stuck in and around the city with little reprieve.”

Residences in downtown may be costly for students, according to Zachariah Cook, the owner of Bulfinch Boston Realty, who said the area was slightly less expensive than Beacon Hill, though more expensive than Allston and Fenway-Kenmore.

Cook said the area appeals to a certain demographic—young professionals to those in their late 40s—because it’s a city that enables people to feel free to explore and take advantage of what it has to offer. The price of her apartment, said Ling, is justified, considering what came with it.

“[62 Boylston properties] are pretty modern and come with front desk concierge,” said Ling. Despite the problems that arise while staying downtown, Cook said the area still attracts many with its ability to combine key factors that directly affecting the daily lives of its residents, from vocation to vacation.

“It’s also great for networking and meeting with people when it comes to young professionals who might be aggressive about their careers,” Cook said. “They don’t have to travel far.” The neighborhood has a variety of nightlife activities to choose from in walking distance, like Wink and Nod, a popular cocktail bar on Appleton Street in Back Bay, said Ling. There’s also American restaurant and chocolate bar, Max Brenner on Boylston Street, and Japanese sushi bar Avana Sushi, on Beach Street in Chinatown, said Cook. Actress Jennifer Lawrence also reportedly dined at the popular Chinatown eatery Gourmet Dumpling House.

Ling said she appreciated offeringslike the CVS within walking distance, and the Whole Foods that she frequents down the street. But she said she doesn’t appreciate how noisy the city gets at night, like motorcyclists revving their engines or the sounds of never-ending construction.

Michelle Garcia, a junior journalism major, said she agrees with the noise complaint.

“You hear everything going on outside, like homeless and drunk people screaming, the T, and cars honking 24/7,” said Garcia.

But the centrality of Chinatown and downtown make living there, despite those gripes, worth it.

“There’s a ‘work, live, play’ thing going on,” said Cook, “where they can walk out of their front door, go to a restaurant, go to the park, or go to work.”