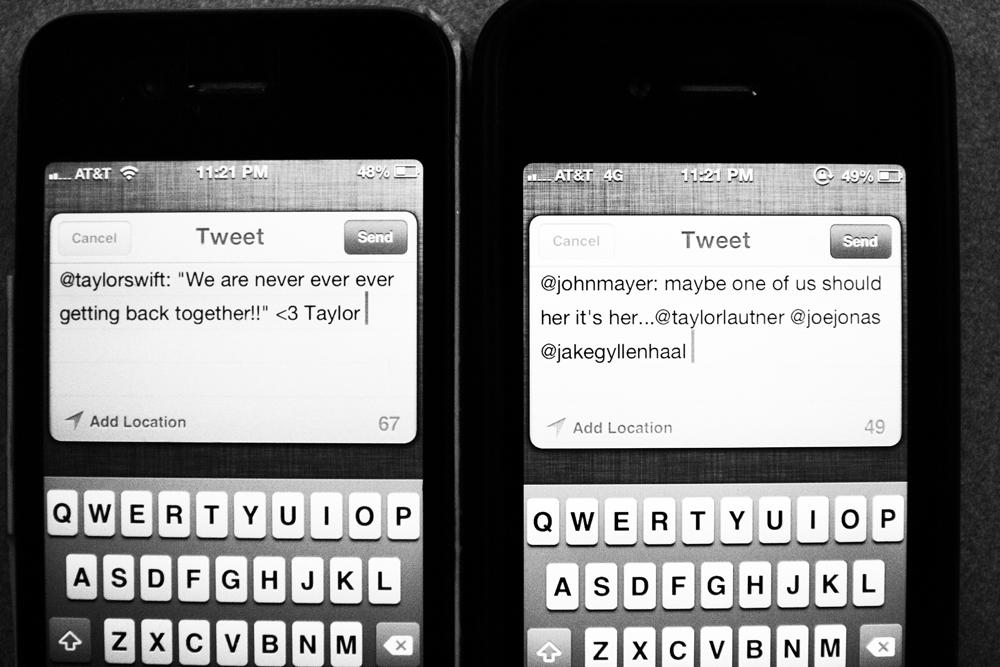 “Your mom must be so proud of you,” comedian Jenny Johnson replied to entertainer Chris Brown’s vulgar, sexist insults, at the height of a war of words that became the Twitter spat heard ‘round the world on Nov. 25. However, the players are less important than the forum for their dispute: micro-blogging site Twitter, famous for packaging thoughts, jokes, hashtags and zingers in 140 characters or fewer.

Twitter is the anomaly among the popular social networking sites, appeasing a desire for human connectedness that I had to return to the dusty copy of Nathaniel Hawthorne’s The Scarlet Letter to quantify. Whether Emma Stone in Easy A or Hawthorne’s original protagonist is easier to recall, the essential theme is clear: Chronicling the trials of a woman ostracized by a disapproving community, the novel addresses the duality of self. There’s the outer life full of appeasement and concession, coupled with an inner life as a refuge for authenticity.

In this most Hawthorne-esque way, Twitter is about a user’s inner life, which makes its feuds so arresting, a window into an otherwise concealed being. A Facebook profile of a friend catalogues his or her outer life or desired perception—I can’t accurately describe how meticulously my best friend combed through each picture and wall post before rushing at a university with a significant Greek system, trying to present the shiniest image of herself.

Her Twitter profile, however, remained unedited, full of largely unfiltered commentaries, inside jokes, and embarrassing pictures. This was my friend as she was, her personality shining through, which is perhaps what makes Twitter fights  so emotionally charged. Challenge my friend as she is on Facebook—Olivia, adorned with David Yurman gemstones and expensive brand names— and she’ll be fair and polite; confront her on Twitter and ruthlessly sarcastic Liv might not be so understanding.

It’s the rise of this bifurcated online self that made the recent Twitter brawl between Chris Brown and Jenny Johnson arresting, especially since Johnson was so unknown. She’s no celebrity, yet her comments elicited sexually explicit personal attacks from one of the most notorious celebrities on the planet. Who was this woman that had Chris Brown so spooked that he resorted tweeting petty, infantile insults before deleting his account entirely?

“She’s a Twitter comedian,” an acquaintance answered with underlying condescension. “That’s her whole thing, being a comedian on Twitter.” Surprised, a telling truth became clear to me.

Whatever Johnson’s title, Brown’s childish response makes it clear that she hit a nerve. Jenny Johnson wasn’t criticizing Chris Brown, the commodified, subpar entertainer; she was hurling zingers at Chris Brown, a hotheaded 23-year-old uncertain of how to repent for his sins. This democratic opportunity would be unavailable to Johnson on any other social network.

This wasn’t the “outer life” of Brown’s website or even Facebook, where it’s acceptable to play fast and loose with criticism, where users craft a self-image based on Mark Zuckerberg’s determination of what the most essential parts of their being are (location, employer, relationship status, etc.). Twitter is home to content generated or selected entirely by the user, making it a much more intimate experience.

Another friend provided a persuasive metaphor: Facebook is that cacophonous party where everyone is talking at once, flush with temporary conversations and shallow truths where arguments are polite because of the shared social network. Twitter is a personal soapbox where you connect ideologically with your followers, not just because you occupy the same space. A disparaging Twitter war with a critic—known or anonymous—is akin to someone hijacking your soapbox and changing your message.

There’s an obvious intimacy to Twitter that increases the proximity between fan and celebrity, or celebrity and critic. With an @ sign and the proper handle, I can give kudos to Spike Lee for his latest film or ask President Obama when he’ll pass an effective stimulus plan, a luxury that just isn’t as tangible on Facebook. There’s no shared social network necessary, which make discourse like Johnson and Brown’s feud—occurring in real time between two people that share no milieu—totally unique.

Johnson’s criticism of Chris Brown wasn’t just a note on his desktop; it was in his pocket, at his dinner table, in the palm of his hand—everywhere his cellphone is. This wasn’t slander; it was an unwelcome invasion into whatever inner life he reveals on Twitter. As such, Brown’s disproportionate response unknowingly revealed an astute approximation of contemporary communication.