One man injured after shots fired on Boston Common 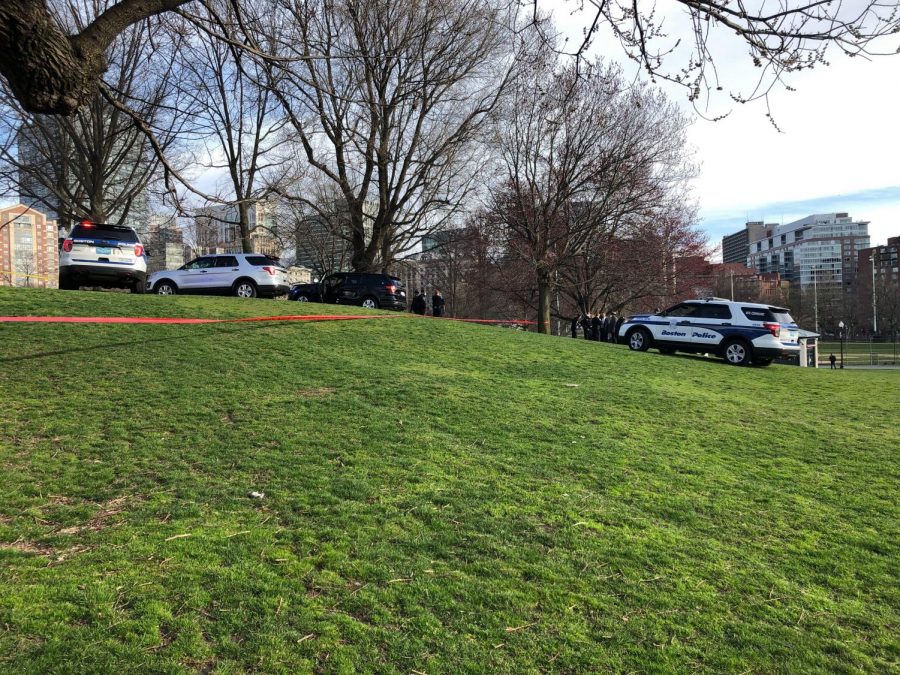 One person was rushed to a local hospital with non life-threatening injuries following a shooting on Boston Common Tuesday afternoon, police said.

The shooting happened on Boston Common around 4:20 p.m., Boston Police Commissioner William Gross said in a video statement. The victim was located near 37 Beacon Street when police arrived, he said.

After they arrived, police began canvassing the neighborhood looking for evidence and witnesses, and are still working on getting a description of a suspect, Gross said.

“In the midst of the pandemic, we’re operating normal operations,” Gross said to the press Wednesday afternoon. “There’s no disconnect from services to the citizens of Boston or the community.”

All Suffolk University students received an automated text around 4:30 p.m. to shelter in place if they were a resident of 150 Tremont Street, before being given the all clear at 4:50 p.m., according to a Suffolk student.

According to the notification, it appeared the suspect had left the area and headed toward the public garden.

According to Kenneally, there have been no arrests and the investigation is still active.

“People that commit acts like this, let’s lock them up,” Gross said. “They do not deserve to be out here, in public, in the middle of a pandemic.”