Op-Ed: Activism for applause or for a cause? 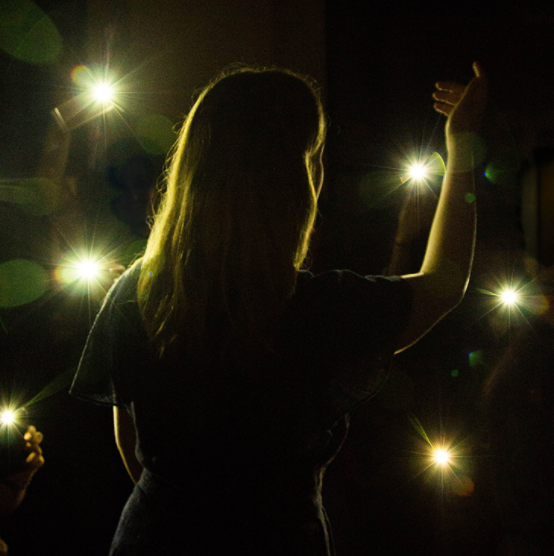 This year, in one last end-of-the-summer hurrah, I gathered with some high school friends to stuff our faces with tortilla chips and salsa, and scrutinize one of pop culture’s most cherished entertainment shows: the MTV Video Music Awards. While I can’t say I felt enlightened by the host, Katy Perry’s, political satire, I was certainly interested in her attempt—albeit ineffective—to use her position as the host of an awards show to address serious societal issues. It was a departure from her usual brand of bubblegum pop.

If our current president is any indication, the line separating entertainment and politics grows blurrier every day, and it’s difficult not to notice the surge in socially-conscious celebrities. Although some of these cases may be sincere efforts to use celebrity platforms to speak out against social injustice, it can be tough to discern genuine support from publicity stunts.

Whether we like it or not, celebrities represent what qualities and talents we, as their audience, value and accept. Therefore, such self-indulgent endeavours should not be praised or idolized, as they redirect public attention and support away from serious problems, and towards insignificant entertainment.

Pepsi’s 2017 “Jump In” commercial is a great demonstration of this performative allyship. Though Pepsi eventually pulled the ad after receiving backlash, the ad originally featured a suddenly “woke” Kendall Jenner leading joyous protesters down a street, and it was not so much a heartfelt call for peace and unity as it was a tasteless marketing ploy that trivialized nationwide movements against police brutality and racial discrimination.

For many celebrities, portraying themselves as the voices for change presents an opportunity to boost their own personal images and appeal to a wider audience. However, taking advantage of social justice for personal gain is not authentic activism. A branded ad displaying a wealthy, white supermodel leading breakdancing and cello-playing millennials in what resembles less of a protest and more of a block party is ultimately devoid of any substantive action. Believe it or not, simply handing a riot police officer a can of soda will not quell centuries of institutional racism.

Other stars, besides Jenner, are also guilty of taking on a political platform out of trendiness rather than sincerity. Perry has been repeatedly criticized for incidents of cultural appropriation and racially insensitive comments. It doesn’t take too much digging to realize why her referring to herself as a socially-conscious “activist” can be hard to take seriously.

With the release of her most recent album Witness, the California Gurl dares to be political with boldly ambiguous songs such as “Chained to the Rhythm” and “Bigger Than Me,” where she sings about “living in a bubble, bubble” and gathering the strength to finally speak the truth. What truth? She didn’t exactly clarify, but according to her vague lyrics, “[she] can feel it.” How profound, Katy.

Yet while these disingenuous efforts may not be the best models of social advocacy, there are still plenty of other celebrities whose work has actually helped positively influence change beyond their own self-benefit. From her endorsement of Hillary Clinton (sans Perry’s “I’m With Madame President” sequined superhero cape) to her album Lemonade, Beyoncé Knowles used her influence as a widely-acclaimed singer to directly call out society’s gender and racial hierarchy, and spark global discussion about feminism and race. Actress Angelina Jolie is well known for her humanitarian work with the United Nations, visiting and providing relief to refugees in over 30 countries around the world. Last year, 49ers quarterback Colin Kaepernick put his career as an NFL football player in jeopardy by controversially kneeling during the national anthem before games to bring public attention to the societal oppression of people of color; he is currently unsigned.

Evaluating these public figures on their contributions to the common good ultimately can help all of us rethink our own definitions of social advocacy. Today’s youth is full of self-proclaimed “social justice warriors” guilty of supporting causes for Snapchat views or Twitter fame. Just as how a Pepsi advertisement does not suddenly make a white, affluent model a Black Lives Matter leader, aesthetically-pleasing Instagram posts about racial oppression will not suddenly make anyone a savior for marginalized, minority communities.

In the end, genuine activism is about putting aside your own self-interests for the well-being of others, not about being a hero or making an edgy statement; it’s about directly calling out society’s injustices and holding those to blame responsible, not just giving a vague warning; it’s about collectively standing in solidarity alongside marginalized communities even through difficult times, not just participating whenever it’s convenient.