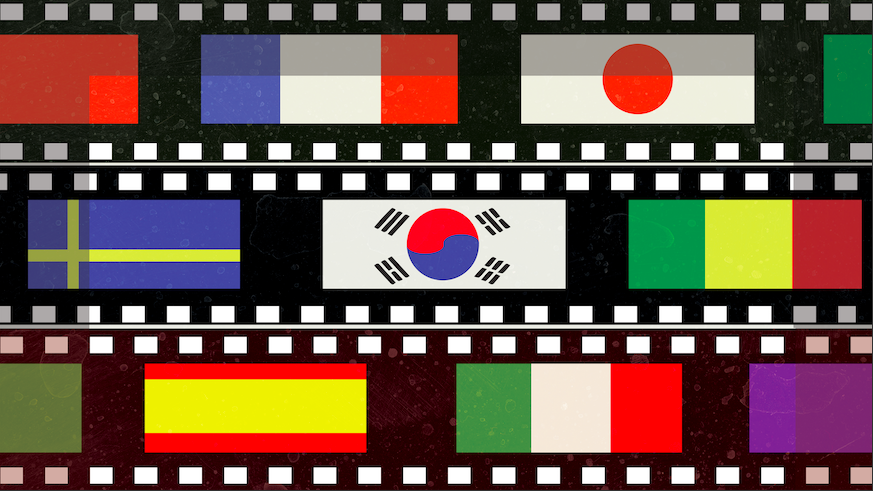 Boston’s diverse array of backgrounds provides us, as college students, with the chance to view movies from all over the world. / Illustration by Ally Rzesa

I was living in Michigan as a Chinese exchange student during my junior year of high school when my mother called to tell me about a new movie premiering in China. She was excited about the film and urged me to see it. But all I could say was, “Sorry, Mom, I don’t think it will get released here.”

I noticed a lack of international films playing in movie theaters when I came to the U.S. Back in China, theaters played a wide range of movies from all over the world––not just American films, but films from India, Japan, Korea, and France.

Once at Emerson, I was thrilled to discover an AMC theater near Boston Common that showed Chinese movies and other international films. In February, I was so excited to take my boyfriend to see the first Chinese science fiction blockbuster, The Wandering Earth, because it already received good reviews back at home. Typically, foreign films are only publicized during international film festivals, and even then many Americans won’t watch them because major movie theater companies do not offer showings.

Having access to a major theater that shows foreign films allows me to feel closer to home and serves as an opportunity to raise Emerson students’ awareness of social and cultural issues outside of the U.S.

Many Americans critique Hollywood’s lack of cultural and racial representation. But if they watched films produced in other countries, they will find the representation and cultural diversity that Hollywood is missing. Who else could represent a society better than the ones who actually live in it?

In September 2012, Wanda Group, a Chinese conglomerate, acquired AMC. Thus, major AMC theaters started showing Chinese films that Wanda Group invested in. In the U.S., AMC theaters show the latest Chinese movies within a few days of the film’s initial release date. For example, The Wandering Earth was released on Feb. 8 in the U.S.—three days after its premiere in China.

I loved watching movies during my childhood in China. I remember watching Ratatouille on the couch when I was five years old and wondering if a rat in Paris could actually cook. I remember dozing off while watching The Lord of the Rings only to wake up an hour later to see the movie was still playing. Last year, when my mom took me to see the Bollywood movieToilet: A Love Story, I was so shocked that building a toilet in one’s house could be so tough.

Foreign films offered me an opportunity to learn about different countries and societies. I watched the award-winning Japanese film Shoplifters with my parents this summer. I cried over the emotional turmoil, but the storyline also pushed me to think about the concept of family in Japanese culture and how the declining fertility rates and rising life expectancies affect the structure of Japanese society.

I also learn from films produced by Aamir Khan, an influential Indian actor and filmmaker whose movies often reflect social issues in rural India. In his film P.K., he criticizes the outdated social norms of India and challenges the country’s traditional beliefs of God. The movie depicted a society where people mindlessly follow their religion without question. I would have never known so much about any of these customs if it weren’t for watching international movies.

Indian and Japanese film imports spiked in 2018, according to an article by Patrick Brzeski in The Hollywood Reporter. Shoplifters earned $14.1 million in China while only making $795,000 in North America.

“No other national film audience close to China’s size has shown a willingness to watch culturally distinct, subtitled filmmaking at such scale,” Brzeski said.

Boston’s diverse array of backgrounds provides us, as college students, with the chance to view movies from all over the world. Last October, Emerson’s Paramount Theatre held the Boston Asian American Film Festival and aired classic Asian-American movies like The Joy Luck Club. This year, the Boston Israeli Film Festival held screenings in the Bright Family Screening Room in Paramount. In March, the Museum of Fine Arts plans to host the 18th Annual Boston Turkish Film Festival, with Turkish movies ranging from the 1970s to 2018.

Even though I am not a film student, I still encourage Emerson students of all majors to explore films from different parts of the world. International films not only provide entertainment by featuring filmmakers, actors, and actresses from all over the world, but they also allow people to see a different perspective. International films can help us foster a better world view than those who may only watch American movies with American values and perspectives. Go to the AMC website and search international films—you will be surprised by how many films you haven’t yet heard of that are playing at a theater less than a five-minute walk away from campus.