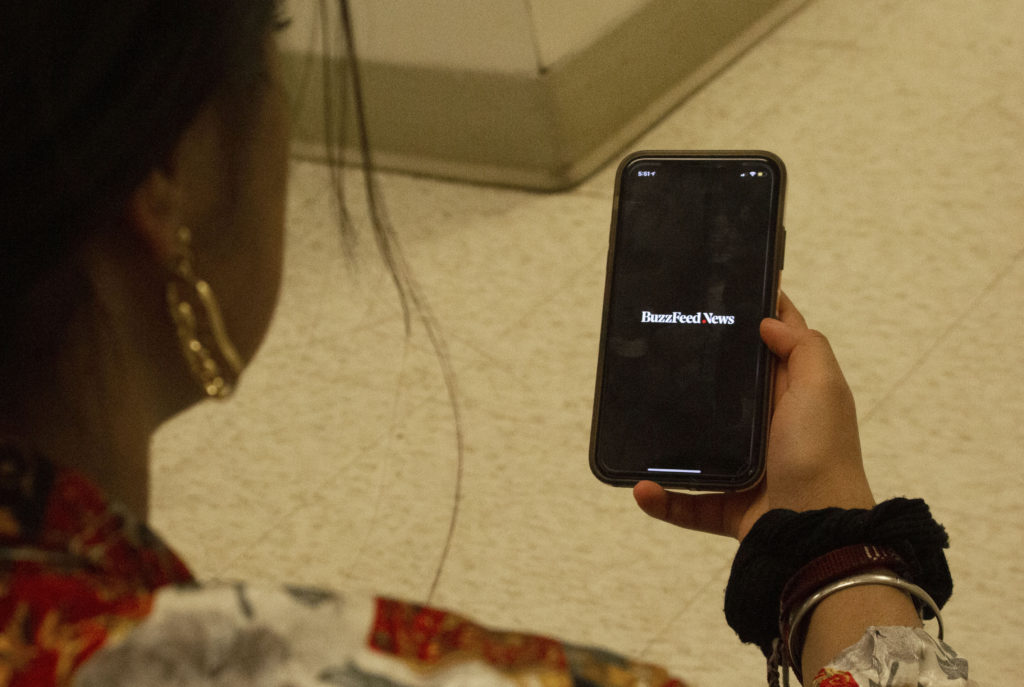 The lack of advertising is the root of digital media companies’ financial insecurity. / Photo by Emily Oliver

Journalists have faced a grim past few weeks—and this time it’s not because of some Orwellian statement made by President Donald Trump.

These cuts are not normal, and we shouldn’t dismiss them. They’re what New York Times columnist Farhad Manjoo calls, “a slow motion doom…a democratic emergency in the making,” stemming from “the inability of the digital advertising business to make much meaningful room for anyone but monopolistic tech giants.”

The lack of advertising is the root of digital media companies’ financial insecurity. Facebook and Google take a large majority of online advertising revenue, which makes it incredibly difficult for digital publications like BuzzFeed News to attract those ad dollars sustainably when their audience pales in comparison to the tech giants’ following.

An Axios article states that the duopoly were responsible for roughly 75 percent of all digital advertising growth in the United States during the last quarter. What’s the point of a business advertising their product or service in a newspaper or on a news publication website when Facebook and Google can provide detailed information on their millions of users?

The duopoly now even acts as a regulator of content by determining who sees what information and when. “With the flick of an algorithmic finger,” David Chavern, the CEO of News Media Alliance—a trade association for news publishers—states in his New York Times op-ed, “those two companies decide what news you see and whether a publisher lives or dies.”

So where do we, as college students, go from here?

Under our current president, who has made over 5,000 false or misleading claims since he took office, one would think the journalism industry would be thriving, not falling by the wayside. And it’s even harder to convince ourselves as college students that we have any influence over the way the world works—but maybe we do.

While proposed solutions include policy reform, public funding and increased taxation, efforts can start small. Many of us resort to our Facebook and Twitter timelines for the day’s news. But what if we went straight to online news publications to browse for stories instead of endlessly scrolling through a timeline cluttered with ads and irrelevant posts that only gather more information about us than we do about them? What if we started our day by scrolling through the Slates and BuzzFeed Newses of the world? I know boycotting social media as a news source altogether is unfeasible for some, but it’s still a demonstrative effort toward a greater good. It’s okay to find a news story on social media, but be sure click on the story and read it from the source’s website.

Every student, regardless of their major, faces uncertainty while searching for a job after college. But journalists face a dwindling industry. As an editor of a college newspaper, I worry not only for myself, but for my friends and colleagues who I know do commendable work. I fear that in this deeply divided political climate—and in the haunting era of fake news—my colleagues may find themselves simply out of a job in the next few years.

We may seem powerless now, and these proposed actions may not seem significant enough to completely revive a troubled industry, but it’s vital that we stand against its decline with whatever efforts we can provide.