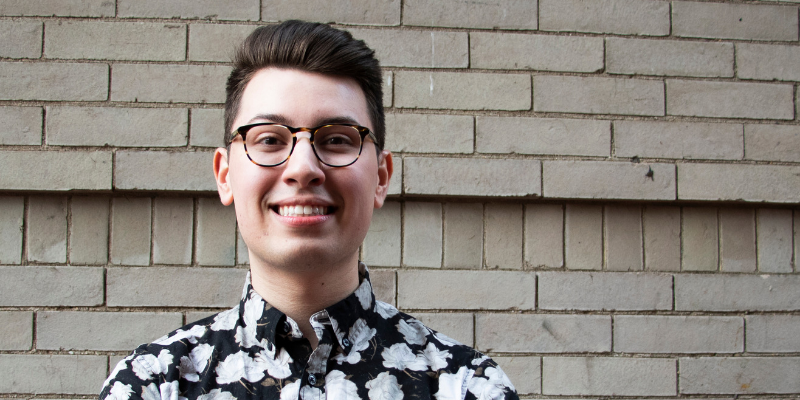 Palauskas, the current SGA marketing communications senator, said he plans to focus on working with the college administration to improve their communication with students and make college officials more accessible to the student body by holding public forums. The sophomore said he also wants to improve advertising for the SGA Academic Town Hall—which he helped organize—to encourage more students to participate in dialogue with faculty and administration.

“If we can make every student at Emerson involved in student government, whether they’re just voting or actually holding a position, then that’s when we’ll actually have succeeded,” he said in an interview.

The senator said he plans to spend the final weeks of the school year with junior Raz Moayed, the current vice president and executive president-elect, learning about the job and its responsibilities. Palauskas said he and Moayed intend to combine and develop their ideas for the upcoming academic year over summer break.

“It’s going to be the dream team—I’m so excited,” he said. “Raz and I work so well together and I’m excited to merge that energy together next semester and do some cool stuff.”

Noel, the current communication studies senator, said in a statement to the Beacon that she wants to thank those who voted for her and wishes Palauskas the best of luck in his new position.

“This election was much larger than myself and raising the issues of effective college communication, equity, and financial anxiety will have effects that will last much longer than my role as Vice President would have,” Noel said in her statement. “I will continue to speak truth to power, even if it means forging my own path. Change will only come when we radically re-examine society’s structures, even a structure as seemingly minuscule as one college’s system.”

Moayed said in a statement to the Beacon that she felt both candidates would have excelled in the vice president role.

“I’ve honestly never felt more confident in the fact that the vice president position was going to go to someone who is more than able to excel at this job,” she said in the statement. “I am simply looking forward to Will being on the executive board because I’ve been trying to make SGA more accessible and more approachable, and Will has been a serious help with that.”