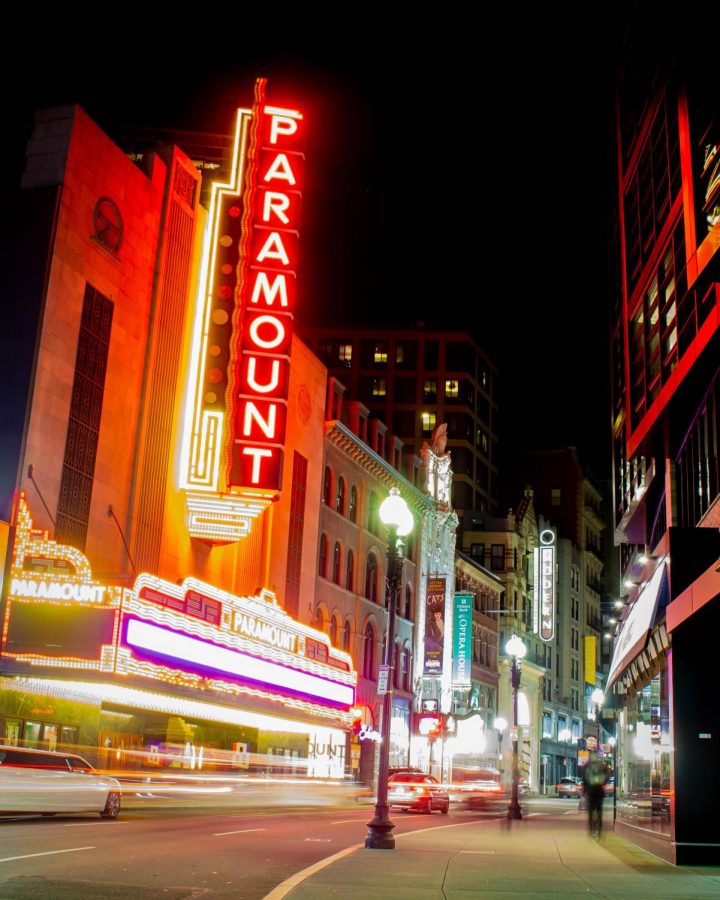 Imagine arriving for the first time at college, already bubbling over with nervousness and excitement, ready to learn and adapt to your new environment, overjoyed to be part of a new community. You get settled into your dorm, hit it off with your roommates, and slowly become comfortable with those around you and your new space.

Now, imagine after three weeks of making your assigned room unique to yourself, making it into a place where you feel comfortable, with roommates you’ve grown to love and feel safe around, you receive an abrupt email from the Office of Housing and Residence Education that you are required to move to a new building, a new room, and cohabitate with new people you’ve never met.

This is exactly what has happened to many of the first-years who resided in Paramount here at Emerson, including myself.

When first assigned to our rooms in early July, there was a mention of the possibility of being moved at some point, but nothing concrete, and then absolutely no communication until Friday, September 10th at 12:02 pm.  We were greeted by a rather impersonal email from our friends at OHRE informing us that we will be required to move out of the rooms before the end of the semester.

The timing struck me, as there was no haste, the only given timetable being “the next few months.” There was also no reasoning provided as to why they would like to move us, other than wanting all first-year students in the same building. Clearly, the lack of urgency indicates that this is not a necessary change. However, this far into the semester, most Paramount residents have felt that they have been welcomed into the community and that they have found a home here. The message was relayed as if this is what is best for the students, but as college students and young adults looking to seize our independence, isn’t this a decision that should be our own? Especially if this move almost solely affects us.

At the current moment, there are no singles available in the Little Building, and a scarcity of doubles or triples which existing roommates could be moved into together. The question that has been lingering in the minds of many Paramount first-years is ‘why allow us to become acclimated with our roommates, to become comfortable and happy with them, just to move us months in?’ Additionally, becoming accustomed to another roommate or set of roommates halfway through the year would be disruptive to both us, and our new roommate.

To move sophomores and upperclassmen without informing them is one thing, they are far more adapted to the college environment. But for first-years who are just now trying to find their footing, the task of moving to a new building, with new roommates, while juggling academics is understandably daunting. Leading us to ask: is this really what’s best for these students?

The timing was extremely unsettling. Those who would be moved are new students, most of whom are likely feeling uneasy and uncertain as they embark on their college journey. After three weeks, students are finally beginning to feel comfortable in their new home, with their roommates, and with their academics. To immediately move them just as they’re getting accustomed to their new environments was obviously troubling to all of those involved.

“As a communications major I am struggling to understand how Emerson thinks this complete lack of communication is okay,” said Lauren Kearl, a first-year student residing at Paramount.

Kearl made a real point, which is that welcoming new students to an institution that prides itself on communication by not communicating with them in any fashion on changes affecting their everyday life was strikingly ironic and certainly perplexing to the first years of Paramount.

The lack of communication becomes increasingly worrisome when you realize Residence Assistants were kept in that dark as well. One of our first nights at Paramount was headlined by a floor meeting with our new RA’s. At this meeting, a student alluded to the message that accompanied our initial room assignments mentioning a possibility that we may be moved later in the semester. Our RA’s responded almost in unison that this was out of the question and not something that we would have to worry about.

These are the people assigned by school representatives to oversee dorm environments, and they were completely unaware of this.

It’s important to note that our current RA’s have fought tirelessly to help us on this matter. They answered our questions and concerns with the information they had and have done a phenomenal job. The distressing part comes more from the fact that they didn’t know about the move and that the school had not communicated this extremely important information with them.

While their message claimed that this was “intended to be a temporary” living situation, it’s extremely concerning that they didn’t disclose this information to any of those affected. How are new students supposed to feel comfortable and safe in their new environments if they can be swept out from under them without any trace of a concrete plan?

The most worrying part of the situation is that there was no reasoning provided, just that they want to house “all of our first-year Emersonians in one community.” Without a clear plan, timetable, or cause, it seems as though there is no reason for us to move—rather, the school just wants us to move. By staying in our dorms, which we’ve become accustomed to, we are not taking space from other students. If we were, then the push to remove us would be far more rapid, rather than the lethargic “next few months.” The “plan” should not be to give students time to feel comfortable in their space, just to require them to move while providing no concrete reasoning.

If this was your first year of college, whether you read this as a student, professor, parent, or just as a person, how would you feel in our situation? I’m going to assume that “welcomed” and “cheerful” would not be the first words to leave your mouth.