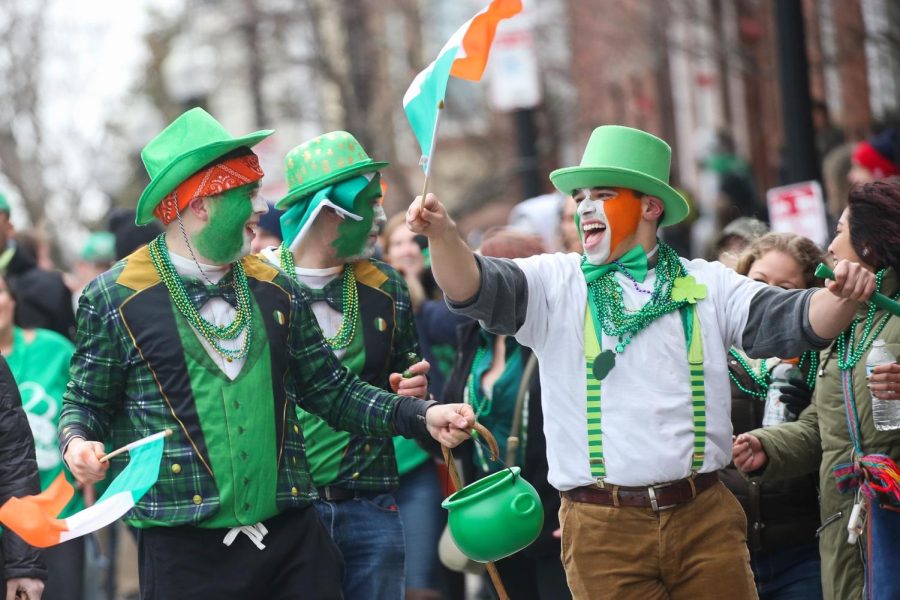 Emerson students are eagerly anticipating Thursday’s St. Patrick’s Day celebrations—especially for those who are experiencing their first holiday in the storied Irish city of Boston.

First-year visual and media arts major Nikki Emma has dual citizenship between the United States and Ireland and remembers the proud celebration her family would partake in each St. Patrick’s Day.

“When I was a kid, if [St. Patrick’s Day] was on a school day, I would skip school…and we’d go march in the [New York City] parade,” she said.

Her family marched with both Sligo, Ireland and Carlow, Ireland marching units both led by her grandfather. While she’s not home for the holiday this year, she still plans to celebrate with her friends at Boston’s St. Patrick’s Day parade on Sunday.

“I know Boston’s pretty Irish, so is New York City, so I’m curious to see which one is better because I haven’t seen the Boston one yet,” Emma said.

“I would march in [parades] with my Girl Scout troop, and they were pretty small, pretty local, very strong, community-based things which I imagine it’s like here as well,” she said. “I am going to the parade this year with some friends I have coming from home…I’m excited because I’ve never really celebrated here before.”

Irish Americans made up roughly 22.8 percent of the city’s population in 2014—according to an article by the Boston Globe—because of the colonial immigration of Irish citizens to the colonies. Aware of the large Irish population, Reed is expecting a lot of celebration on Sunday.

“I’m expecting to see a lot of people, I’m expecting a lot of commotion, but I’m excited for it,” she said. “I think it’ll be interesting. I love the people-watching aspect of it, so I think that I’ll get a lot of that on Sunday.”

Despite being excited to engage in the festivities, Reed said she doesn’t think a cancellation of classes on the day would be justifiable.

“People typically don’t do things on that day,” she said. “I know the parade’s a really big thing here and the weekend is a big thing and I don’t know anyone who has plans on doing anything tomorrow.”

With a fixation commencing around most Catholic or Christian-based holidays, other Emerson students, while excited, believe there should be more recognition of cultural and religious holidays.

Sophomore theater and performance major Alex Goldman grew up in a Philadelphia Jewish community. He’d never celebrated St. Patrick’s Day before, but growing up Jewish made him question why some holidays were honored at the expense of others.

“If it’s a holiday that’s important to people, then we probably should get school off…it really annoys me,” Goldman said. “For [holidays] in the Jewish calendar, we didn’t get school off and it really pissed me off.”

Ella Maoz, a first-year Creative Writing major from San Francisco, echoed Goldman’s sentiment. Growing up Jewish, Maoz reflected on her middle and high school years, where she would consider herself “lucky” if the academic calendar didn’t fall on Hanukkah.

“The fact that I’ve never had to go to school on Christmas, but I’ve always gone to school on Hanukkah,” she said. “This year I had to be here at school which sucks because I want to go home and I can’t. It was so depressing. Somebody who celebrates Christmas has never had to deal with that, that’s what the annoying part is.”

Maoz sang in a choir before coming to Emerson. The repertoire contained mostly Catholic songs, but every Jewish holiday was honored.

“That was the first experience I’d ever gotten a Jewish holiday off. It was so funny too, because we were singing all Catholic songs but they were giving us every single Jewish holiday off and I feel like that was a respect for your religion or your culture,” Maoz said.