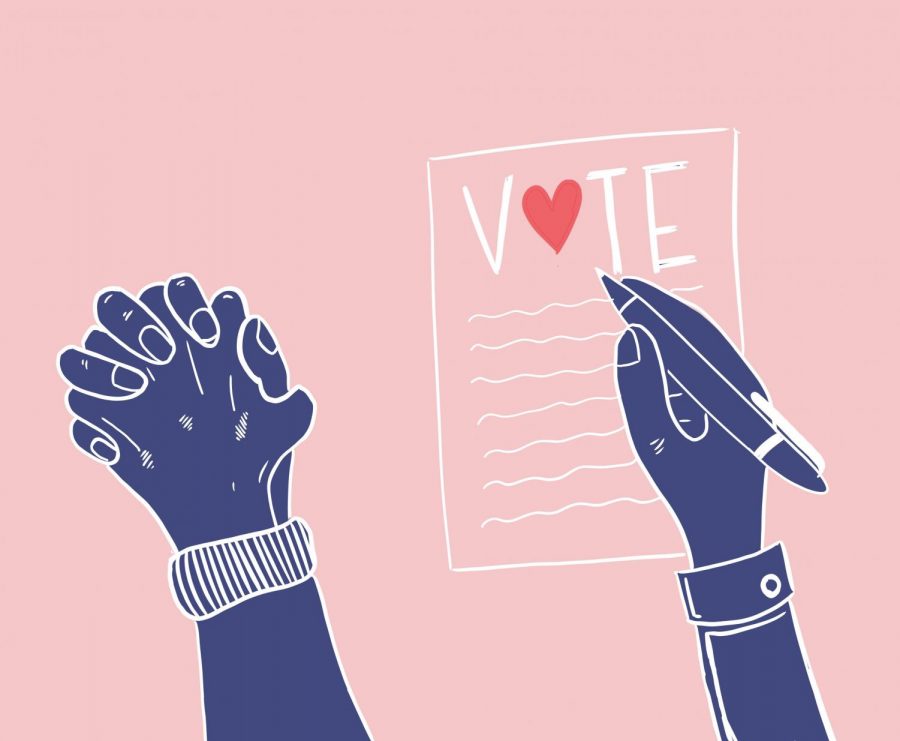 Every year, Feb. 14 represents a day of love. Valentine’s Day. But this year, and for every year of the rest of their lives, many people will not celebrate love and instead mourn the deaths caused by this hateful act that occurred two years ago today when 14 students and three staff members died in a shooting at Marjory Stoneman Douglas High School in Parkland, Florida.

I am from Boca Raton, a town just 20 minutes north of Parkland, and I attended school five miles away from Stoneman Douglas. On Feb. 14, 2018, as a senior in high school, pictures and videos of gunshots, blood, and people running suddenly began emerging on social media from Stoneman Douglas students. Rumors about how many fatalities and injuries spread rapidly until the first news reports came out and confirmed the scale of the tragedy. I began to experience bitter heartache, disbelief, and anxiousness as I painfully stared at my phone waiting for my friends to tell me that they were alive.

How are we doing today? Have we gotten better? The South Florida community continues to mourn after this tragedy. As this anniversary approaches, many former students from Stoneman Douglas and all of South Florida will begin to endure the despair and anguish of recalling that horrific day. The loss of two victims in the shooting personally affected me deeply. It’s astonishing to me how everyone within a 20-mile radius knew a victim of this tragedy, and it is a day that so many in my community want to forget but, unfortunately, cannot.

Many people around the U.S. don’t recognize the lifelong impact that mass shootings have for hundreds of thousands of people. Calvin Desir, now 18, and Sydney Aiello, 21, were both survivors of the shooting at Stoneman Douglas. They both lost close friends on that tragic day, and in March 2019, within one week of each other, Desir and Aiello committed suicide in Parkland. Both families later announced their children suffered from survivor’s guilt. According to the American Psychological Association, survivor’s guilt occurs when one feels remorse or guilt for surviving a fatal catastrophic event and not suffering the same fate as the victims of the tragedy. These two suicides have unfortunately served as a wake-up call to the community that people still suffer from this tragedy years later.

The lasting impact these tragedies have do not only affect my community but communities across the country. In my personal experience, close friends of mine struggle with the concept that their loved ones are gone and that the tragedy really happened. Within the Parkland community, there are still “MSD Strong” signs, magnets, and bumper stickers everywhere. The community is reminded of this tragedy on a daily basis—a reason why so many families have decided to leave Parkland and no longer live in the shadow of one horrific day.

Sadness and prayers are no longer the answer—change is the only way forward. We cannot succumb to the hate of that day because, otherwise, it wins.

Following the aftermath of the Stoneman Douglas shooting, many people used the tragedy as a call for action. There has been a fight for more sensible gun laws since the Columbine High School shooting in 1999, but, in spite of this, there has been very little movement on any gun legislation at the federal level. The only recent change has been federal legislation which would strengthen background checks across the country. A bill passed the U.S. House and is waiting for Senate consideration. Massachusetts has some of the strictest gun laws in the country, including the red flag law, which was enacted in 2018 and states that a judge may issue an order to temporarily confiscate the firearms of a person who appears to be at risk of harming themselves or another person.

These types of senseless tragedies continue to take place across the country, and many people wonder what they can do to help. It’s simple: vote. Make sure that you, your family, and your friends are registered. Don’t just go through the motion of registering; actually go to the polls or request your absentee ballot. Every vote counts, no matter your race, gender, identity, or political affiliation. Vote for those who lost their lives at Stoneman Douglas and the hundreds of others who have lost their lives from senseless acts of gun violence. As a citizen of the United States, it is your civic duty to participate in the oldest foundation of our democracy.

For the second year in a row, as thousands of Americans buy their loved one’s chocolates and roses, the South Florida community and I will show our love by caring for one another. After the 2018 Pulse Nightclub Shooting in Orlando, Fla., Stephen Colbert, a man who makes thousands of Americans laugh on a nightly basis, said something that will resonate with me for the rest of my life:

“Love does not despair, despair is a victory for hate.”